Every highly rated printer and computer operating system behaves a bit differently when it’s time to print documents. While you would hope that printing would be a fairly seamless process across systems, that’s not always the case. For example, there’s a known glitch with the Windows 10 operating system and printing in color. So, if you have a computer that’s running this OS, follow these steps to get back to printing in color.

Why Did Windows 10 Have This Printing Issue?

It seems strange that an operating system would have a glitch that didn’t just default to printing in black ink only but prevented your color printer from supporting color printing even when you select this option. And there’s a perfectly reasonable — although somewhat annoying — explanation for this glitch.

In particular, this problem was most often seen in HP printer owners and occurred after a Microsoft software update. According to experts, the Windows 10 update could corrupt the HP drivers. This was especially common with people using HP’s Universal Print. As a result, sending color print requests could result in print jobs being completed in black ink instead of blank pages.

Make sure that all printer software is removed by launching the Run command by selecting “Windows Key + R”.

How to Fix The Print Error

Assuming that you’re using a new printer with fresh ink cartridges, you can be fairly certain that buildup on the printhead or a lack of ink isn’t to blame. However, if you’re running an older printer that you’ve used frequently, user error is more likely to blame. Try cleaning the printhead or replacing the cartridges as a dirty printer will rarely print in color.

When Corrupted Drivers Are to Blame

If you know that user error isn’t the issue, you’re going to need to reinstall the printer and any associated drivers on your Windows 10 system. Follow the steps below to complete this task.

Begin by deleting or removing the printer from Devices in the Settings menu.

Along with deleting the printer from Devices, you need to also remove all traces of the associated software. This is because you’re going to perform a fresh installation and any lingering software will create conflicts, causing your printing problem to persist.

Go to the Control Panel from the Start menu and remove any associated drivers. Make sure that all printer software is removed by launching the Run command by selecting “Windows Key + R”. You’ll type “printui.exe /s” in the box and select OK. When the new window appears select the Drivers tab. If you see any remaining HP printer drivers listed, select Delete.

Now that all traces of the original installation are gone, you’re going to reinstall the printer. From the Control Panel, select Devices, and Printers, and then Add a Printer. When the window appears to Choose a device or Printer, you’ll select “The printer I want isn’t listed”.

Add the printer by using the “Add a printer using a TCP/IP address” option. You’ll add your printer’s IP address and select Next. From here, your computer will install the printer along with any essential drivers which will also support color printing.

If you’re not dealing with a glitchy computer, setting up color printing is a fairly straightforward process. Assuming you have a color printer and aren’t trying to figure out how to force a black ink-only printer to print in color, you can simply select the color setting in the print dialogue window and print professional-looking photo prints out of your home printer.

If you like the idea of only printing in color and don’t want to constantly toggle away from black and white, then you need to make color printing the default mode for your Windows 10 computer.

Begin by accessing Devices from the Settings app in the Start Menu. Once there, select Printers & Scanners. Find the printer you want to edit and select it.

Once inside the printer dialogue, select Manage followed by Printer Preferences, and Paper/Quality. Once the window appears, select the Color option and then click OK. Your printer should now default to color printing. When you have completed setting the printer preferences, you can also print on a legal-size paper even though it is three times larger than standard paper.

Add the printer by using the “Add a printer using a TCP/IP address” option.

How do I change my default printer settings in Windows 10?

You’ll need to access the Devices app from Settings in the Start menu and then select Printers & Scanners. Select the printer you want to edit and click Manage to begin configuring the features.

Why is my computer only printing in black and white?

Assuming you have a color printer, check to confirm that you selected the color option instead of black and white. Alternatively, if you suspect a driver is corrupted which can impact color printing, you’ll need to uninstall and reinstall the printer and associated drivers.

How do I change my printer settings to print in color?

For individual print jobs, you can select the color option from the print dialogue box. But if you want to set color as the default print mode you’ll need to edit those settings from the manage option within the Printers & Scanners menu.

STAT: If you have used any HP printer earlier on the same computer or installed more than two printers, then there might be a driver conflict. To fix this, uninstalled the HP 3830 drivers completely and re-installed in again from the HP website itself. (source)

STAT: Whatever settings you make using the procedure in this task become your default settings for all printing you do. However, when you’re printing a document from within a program — for instance, Microsoft Word — the Print dialog box that’s displayed gives you the opportunity to change the printer settings for printing that document only. (source) 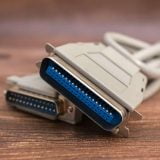 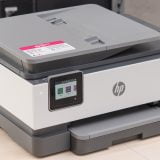 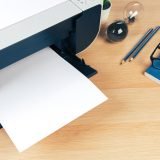 What is a WPS Pin on a Printer 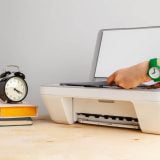 How to Test Printer 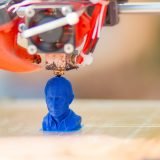 SLA vs. FDM for a 3D Printer 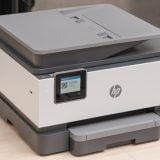