What Size French Press Should I Get?

How Big Should My French Press Be?

Just like drip or espresso machines, French press coffee makers come in many brew sizes. For example, you can find a Bodum French press from 3 cups to 12 cups. Keep in mind, that a cup of coffee is not the same as a single mug.

With a French press, the longer your brewing time, the stronger your batch of coffee will be. That said, you still want your coffee hot, so don’t leave it for too long.

When figuring out what capacity coffee maker you need, consider that most French press manufacturers count 4-ounce cups and not the typical cup size of 8 ounces. This means the correct size of the French press depends on how many servings of coffee you want. Moreover, you’ll want to also know how to clean a French press coffee maker, and decide whether you want to stick with a French press or an espresso machine instead. That said, let’s take a closer look at the traditional French press sizes.

If you need to know what size Moka pot to get, we can show you how many ounces of coffee to expect from that brewing method.

As you increase your brew size, you’ll want to increase the grams of coffee in each batch. That said, you still stick to a standard coffee grounds-to-water ratio. For more about having the right coffee ground, check out our article talking about how to grind coffee for a coffee maker.

Before using your machine, make sure you know where to place the coffee maker in the kitchen, especially if you’ll be using it frequently. If you want an incredible brew, you need to understand what kind of thermostat is in a coffee maker. Getting your hot water to an appropriate temperature is hugely important for a nice drink.

This is a single-serve size French press, but it can make 1.5 cups of coffee.

A four-cup French press is an ideal size for a two-person household. That said, you’ll need to make multiple brews if you each want numerous cups.

An eight-cup coffee maker should make about four cups of coffee. So you’ll have more than enough hot coffee for the day or just enough for a small gathering.

A 12-cup French press will yield about six cups of coffee. If you want to make fresh coffee at an office meeting or party, this is the size you want.

Only brew black coffee in your French press because the components are tough to clean, and milk might spoil the machine.

Do I need to use a paper filter?

While you can use a paper filter for your french press, it will cut down on the coffee oils that many people want in their drinks. In addition, most French presses have a built-in stainless steel mesh filter. That said, the French press is considered an unfiltered coffee.

Why a Burr Grinder Is Important for Good French Press

The quality of your ground coffee is the most critical factor in making a great brew. In addition to your roast level, you need the correct grind size for a truly delicious coffee from your French press. A Burr grinder lets you pick a finer or coarser grind, and it will change your flavor.

Studies have shown that unfiltered coffee contains a substance called cafestol. Since the French press brewing process is unfiltered, it contains this compound. That said, obtaining a clean, oil-free brew will not give you the same taste as a traditional French press brew. 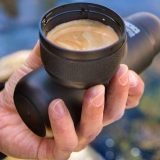 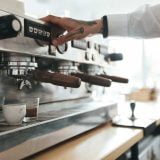 What is an Espresso Coffee Machine? 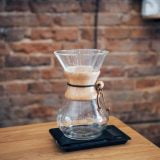 How to Use a Vietnamese Coffee Maker 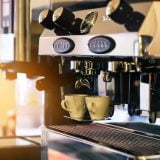 How to Use an Electric Percolator 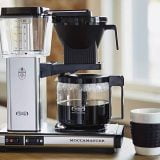 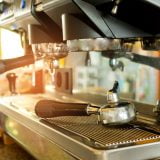 Can You Use Bleach to Clean Your Coffee Maker?