What is a Ventless Air Conditioner?

What is a Ventless AC Unit?

The vast majority of ventless air conditioners are portable units that actually fall into a category called air coolers, if you are wondering which is better between a swamp cooler and an air conditioner. These portable AC systems don’t need vents because they only work in the immediate area surrounding the appliance if you are learning how you can put an air conditioner in a tent.

You will have to manually replace the ice every now and again when using these systems.

Basically, a fan pulls in hot air and runs it through collected ice or a similar cooling agent, then the fan spits out the newly cooled air. These systems are not as effective as traditional AC units, but they are simple, so you won’t have to learn what P1 means on an air conditioner.

Benefits of a Ventless Portable Cooler

There are plenty of benefits to choosing a ventless air conditioning system for your room or even the whole home in the case of multiple units. Here are just a few.

These systems don’t just lack vents. They also lack chemicals and maybe of the more complicated components of a traditional AC unit. As a matter of fact, you can make one of these on your own with some simple household tools and components, such as a large bucket, a bunch of ice, and a fan or two. This DIY version is called a swamp cooler on occasion. In any event, this simplified design makes these systems easy to use and easy to maintain.

Ventless AC units are known for being light and easy to place, which is thanks to the lack of heavy components. You can push one of these into any room you need cold air. Wheels make transporting them much easier, which you can find on the best ventless portable air conditioner.

Being that these units don’t have vents, you won’t need access to the outside, thus saving on crucial window and wall space. This makes them a great choice for small windowless bedrooms, tents, storage units, and anywhere else without ready access to the outdoors.

Is a ventless portable air conditioner right for you?

Evaporative coolers might be right for you if you desire a portable air conditioner that cools fewer square feet at once than a traditional unit. These indoor units sometimes come with remote control and, other times, don’t even require access to an electrical outlet.

Evaporative air coolers, otherwise called evaporative coolers or even just portable air conditioners, do work, but they are not as effective as vent systems. Some work better than others, cooling more square feet at once, and some even include modern amenities like a remote control.

Does a ductless AC purify the air?

They can if they include an air filter as part of the design. Evaporative coolers and ductless air conditioners often include air filters, so be on the lookout when shopping for modern features such as remote control and energy-efficient exhaust hoses. 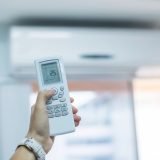 How to Set a Timer on an Air Conditioner 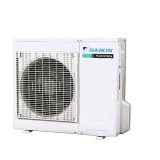 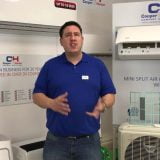 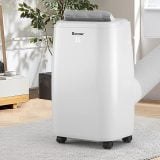 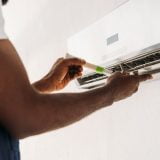 How to Oil an Air Conditioner Fan Motor 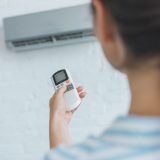 What Is An Aircon?