When I got the RYOBI 24v hedge trimmer in for review, I was initially concerned about what I would use it for.  My house doesn’t have any small hedges of its own, and two days before it arrived my neighbor had all hedges ripped out – that killed my initial review plans because they were all overgrown and needed cut badly. While I was looking for another person I could “help out”, I decided to see what this puppy could really do. At the other end of the lawn care spectrum, we have the Troy-Bilt TB46 Riding Lawn Mower, a literal behemoth that you should check out purely for the awesomeness it promises.

Like the RYOBI 24v string trimmer I reviewed last week, the RYOBI 24v hedge trimmer is another RYOBI branded product that is actually made by Homelite; and like the 24v string trimmer, the 24v hedge trimmer ends up being quite an impressive piece of hardware. If you want more hardware to help with your weeding, check out the best backpack sprayer too.  For starters, the blade handles things up to a half inch in diameter – and not just from hedges either, I was able to trim some of the trees in the back yard with this; it went right through the small oak branches without issue. This is surely one of the top-performing electric lawn mowers. 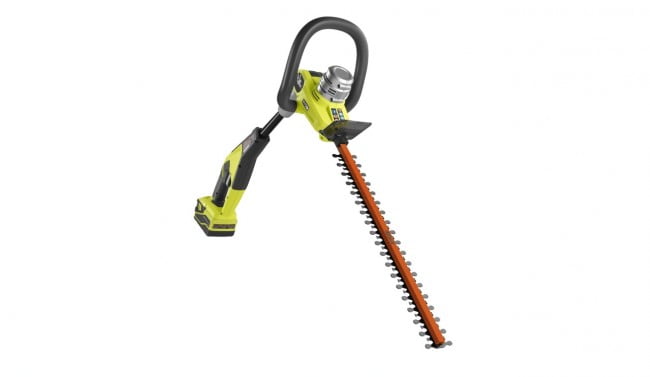 I was worried that 24v wouldn’t be enough for a hedge trimmer; when I did have hedges, I swore by a Stihl gas hedge trimmer because I thought gas was the way to go.  At that point in time, your option for a cordless and non-gas trimmer was one with an 18v battery, and those died out way too quick for anyone with a decent number of hedges.  With the 24v battery though, I decided to dry run it to see how long the battery lasted on a full charge.

A little duct tape around the triggers, and the rest was sitting around waiting for it to die.  Periodically (every 10 minutes) I got a quarter inch dowel to make sure it still had the power to cut the whole way through the test.  After an impressive hour and forty-six minutes, the battery finally gave out, but at the hour and forty mark it still cut through the dowel rod like a hot knife through butter.  It took just under an hour after that for the battery to be back at a full charge though, so if I needed to I could have done the whole test again in a quicker time than it took to actually perform the test.

Related: The LawnMaster CLMFT6018A 60V Electric Mower has power and speed customizations that allow for better mowing and battery control. 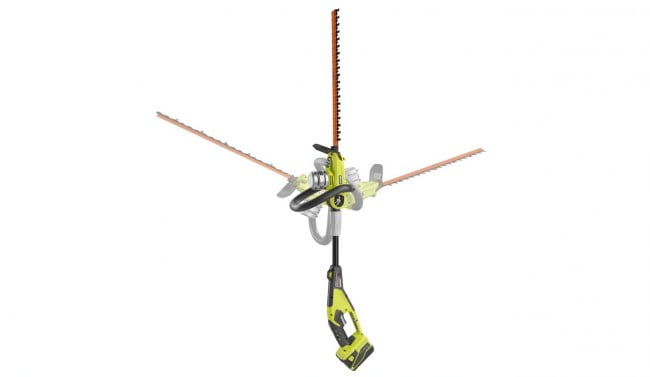 One thing that’s really nice about this hedge trimmer is it extended handle.  I was able to reach branches that were between eight and nine feet high without any stretching, and holding the trimmer up high wasn’t uncomfortable either as it’s very light.  They seem to have really worked out the balance with this trimmer, because even when the battery is attached it’s just plain comfortable to hold.  The head of the RYOBI 24v hedge trimmer is really nice as well, as it can lock into any one of three different positions.  Those positions can enable you to get to the very top of a hedge without having to stretch, or the bottom of one without having to crouch down.

The RYOBI 24v hedge trimmer does cost a bit more than your average gas trimmer, but if you take in to consideration the amount you’ll spend in gas over the life of the trimmer, the RYOBI doesn’t seem such an expense.  A point of contention for me though is that you’re not supposed to leave the battery in the charger (according to the manual at least).  While I might now be the “average” user that has twelve different chargers lying around, but sometimes it’s easier for me to leave a battery in – that way I’ll actually know where it is when I need it.  With these batteries, you’ll definitely feel the hit if you happen to lose one!  The fact that one 24v replacement battery costs $40 less than the hedge trimmer itself (which comes with one battery and charger) definitely say something.

Related: Consider the RYOBI 40v String Trimmer that has a robust 40v battery. 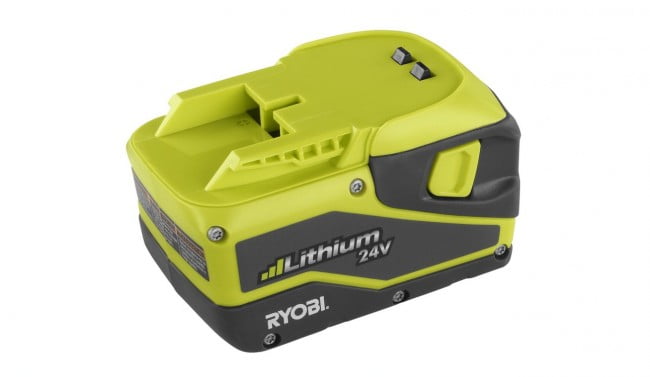 In closing, if you want a good hedge trimmer that’s a lot greener than any of the gas powered ones, pick this one up!  I give it a rating of five out of five stars, and have no problem putting my highest seal of approval on it. 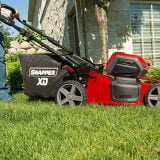 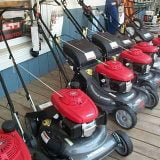 When Do Lawn Mowers Go on Sale: The Best Time to Buy 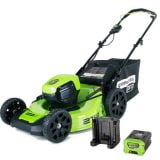 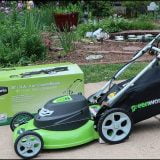 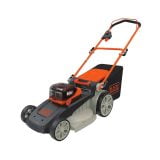 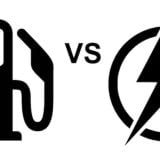