If you have been thinking about shooting video for VR, you probably already know that most VR cameras are only capable of shooting either full 360 video or 180 video. VR 180 is the higher resolution. Interestingly, the Vuze XR Dual VR Camera can do both. If you like gaming, you’ll also want to know which is more durable: Oculus Rift vs. Samsung Gear VR vs. Virtual Boy (Video). This gives VR content creators the choice to shoot in either resolution, with one device. Is it one of the best 3D cameras? That’s for shooting VR, but, if you want the best way to view VR content, read about best VR headsets. If you want another way to make your gaming experience immersive, you’ll also be interested in reading our review of the Playstation Move racing wheel.

I recently spent some time with this camera to find out whether it is worth the price. It definitely offers creators more options from one camera, but is that a good thing? Read on to find out. If you prefer to watch VR instead of shoot it, take a look at this HTC Vive VR headset review.

Is The Vuze XR Dual VR Camera A Winner?

The difference between 360 and 180 is that 360 gives you 360 degrees so that the viewer can see everything. Just like in real life. This makes it more immersive. 180 captures 180 degrees. This is not as immersive, but the image is a higher resolution since it is less area for the pixels to fill. Now that we have that explanation out of the way, let’s see what this camera is all about.

Build quality is pretty decent. It feels tough. They did not use cheap materials. The design is pretty interesting since 360 and 180 use a different number of lenses that are each positioned differently. This camera can switch between these lens configurations by simply pushing a button. I like the way it feels in the hand.

In 360 mode gave me some very nice videos with impressive colors and detail when outside. I found that taking 360 videos inside was challenging because the light was not as bright. But that’s a common complaint about most 360 cameras right now. It shoots at a resolution of 5760 X 2280 or 5.7K

180 mode is the clear winner, but the Vuze XR Dual VR Camera is a great investment for anyone who wants to shoot VR video. Even if you are just looking for a 180 camera, buy this one so that you have the option to do 360 as well. You won’t regret it. That way you won’t have to buy a new camera later. You also need to check out our Oculus quest headset review for a VR headset with a library of inspiring games and immersive experiences.

It is not a great performer in low light, but otherwise, this is a solid investment and a great camera for VR creators. You really do get the best of both worlds with this one. 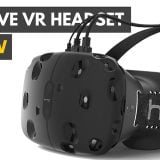 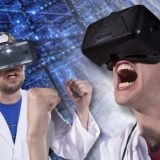 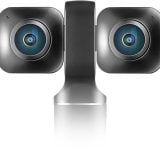 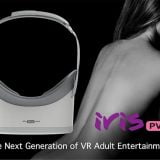 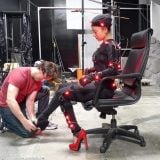 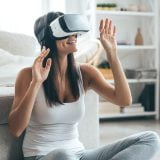