Many schools and businesses have to consider whether they want a smartboard vs. an interactive projector for their presentations. Both devices use projection to create a space where teachers, students, or personnel can adjust the shared content directly on the presentation. However, there are some critical differences between the two that you should know when buying the best projectors. For example, a smartboard, also known as an interactive whiteboard, sometimes consists of a touch screen interactive display instead of a short- or long-throw projector.

Interactive projectors and smart boards differ in various ways, including ease of use, collaboration efforts, screen size, and sound quality. For example, an interactive projector has a wider screen and makes it easier handling of collaboration within a group of people. At the same time, a smartboard is easier to use, has more appliances, and possesses better sound quality. Because of these advantages and the fact that a projected image can be shown on various surfaces, an interactive projector seems ideal for meetings with larger groups. In addition, you may want to consider video projector gaming vs. home theater for use at home.

Many teachers find a smart board’s dual- or multi-touch functionality helpful for their students.

An interactive whiteboard often uses infrared light to locate and react to a single touch on the screen. Because of this, only one user may be able to make notes or adjustments at one time. However, they still allow for greater collaboration compared with a standard whiteboard. An interactive projector, even a WiFi projector, does not require using a computer alongside the device, setting it apart from the smart board devices. A digital projector can be used on almost any flat surface, eliminating the need for a specific type of board. For more information about usable surfaces, check out our article on projector paint acrylic vs. enamel.

Some smart boards feature dual-touch technology that enables simultaneous touch. This feature provides a significant advantage over a projector screen because it can handle two user input forms. In addition, dual touch enables two users to work side by side by splitting the touchscreen display in half. Multiple students could work on the same math or science problem on a digital whiteboard simultaneously. It may also be helpful when brainstorming with numerous people or multiple teams.

Interactive projectors offer larger wide screens and can be adjusted, while smart boards with a projector have smaller screen sizes and aspect ratios. In addition, some interactive projector manufacturers offer adjustable images using zoom effects to adjust the size. As a result, these displays can be adjusted, while smart board displays using infrared light cannot. The adjustable interactive projector setup could allow more viewers to see the presentation without too much difficulty. However, you should still sit the recommended distance away from the increased size to avoid increased eye strain.

Some interactive projectors use pens that can be easy to misplace as their input method, so you may want to keep an extra one nearby.

Do smart boards still use projectors?

Some smart boards use projectors, while others use a large touchscreen display. These displays are similar to tablets or touchscreen computers. For example, if working on an interactive projector, you may find that the device works without connecting to a computer.

Can I project on a whiteboard?

You may be able to project on a whiteboard, but the surface may be too reflective for the image to be clear. The best way to find out whether this will work for you is to try it.

What is an interactive projector?

An interactive projector projects the image like a normal projector does, but you can make adjustments or notes on the slide on the screen, wall, or other surfaces.

STAT: When used as a transformative device (approximately 10% of teachers taking part in the study) the impact [of interactive whiteboards] on pedagogy was transformative. (source) 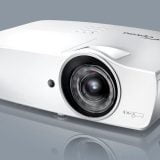 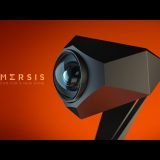 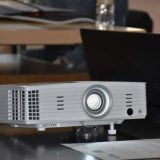 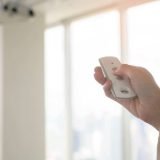 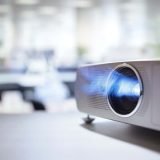 How to Set Up a Home Theater Projector 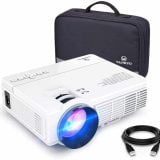