With this year’s E3 conference less than a week away, it’s time to evaluate the industry’s newest console frontrunners. While Microsoft hasn’t exactly garnered great press since the Xbox One’s May 21st debut, the company has at least managed to keep us talking. Sony, on the other hand, has been almost exclusively silent since their big reveal last February. From motion controls to cloud storage, both devices seem to have a lot in common. At closer inspection, however, it’s clear that these are two vastly different beasts – each capable of leading the market with their distinct feature sets and powerful specs. If you’re having a hard time streaming games to your TV, you should also read our review of Maingear’s drift stream machine: 4k games for your TV.

To prepare for next week’s slew of news and conferences, here’s a handy comparison of Sony and Microsoft’s next-gen platforms:

At first Microsoft said “no”.  However, since they’ve reversed direction and now some Xbox 360 games are backwards compatible with the the Xbox One console.  Xbox 360 games include, but aren’t limited to Halo Reach, Gears of War 3, Assassins Creed II, Fallout 3, Borderlands. And if you are that much of a gaming lover, take a look at our review of 20 of the most popular video game consoles.

That said, you’ll have access to your library of digital games.  And you’ll be able to copy your Xbox 360 games your Xbox One console’s hard drive, though you’ll have to have the disc in the tray.  But you already knew that.  For a full list of games, and upcoming ones go here.

No, and it really makes me feel bad for all those Playstation Plus subscribers. A Sony representative, Masayasu Ito, stated that the company thought “long and hard” on the decision, which wasn’t an easy one for anyone involved.  However, Sony has built a PS2 emulator that works with select games.  If you’re die hard, you can access older PS3 and PS2 games via Sony’s Playstation Now.  But you’ll need to pay and who wants to do that after already investing in the game.  So for now, and the foreseeable future, keep your PS3. And to take you a little bit back in time, this review on whether this is the actual ps4 console will amaze you.

Using this opportunity, we decided to stop going down this path, and, as Mark [Cerny] said, to focus our efforts on simplifying developer efforts.

Yes, and it’s a big part of the console’s next-gen feature set. An article on TweakTown has the scoop:

The Xbox One’s cloud network will feature three consoles worth of storage and CPU processing power, for each connected device. This means that developers have a much larger canvas on which to build on.

The information comes via Jeff Henshaw, Microsoft’s group program manager of Xbox Incubation and Prototyping, who recently revealed the cloud network specifications in a recent interview with OXM. “For every Xbox One console we’re provisioning the CPU and storage equivalent of three Xbox Ones on the cloud,” Henshaw revealed in a recent interview with OXM.

“We’re doing that flat out so that any game developer can assume that there’s roughly three times the resources immediately available to their game, so they can build bigger, persistent levels that are more inclusive for players. They can do that out of the game.” Henshaw continued.

PS4:
Yes, but details are still sparse. We’ll keep you posted as the situation unfolds.

Xbox One:
Microsoft Custom  AMD 8-Core CPU. Other than that, the company is keeping quiet on the details.

PS4:
A Single-Chip x86 AMD 8-Core “Jaguar” Processor, which, judging by the title alone, sounds a whole lot cooler. Of course, NVIDIA doesn’t seem to think it’s all that great.

Xbox One:
You got it. It’s part of a larger console philosophy of providing a single destination for all forms of entertainment. Microsoft has made sure to stress the device’s many cross-media features, including multi-tasking and the aforementioned cross-game chat.

PS4:
Yes, and we can’t wait to see it (hear it?) in action. Avid Sony fans should already be aware that this is an improvement over the PS3, which due to memory restrictions, was physically incapable of providing this feature. That didn’t stop them from advertising it, though.

Xbox One:
This is one of the most interesting additions to the next-generation, and yes, the Xbox One comes equipped. Gamespot did the research:

Microsoft also announced today that Xbox One will feature a Game DVR system whereby players can capture and share gameplay moments. Similar to the PlayStation 4’s “Share” functionality, the Xbox One console will constantly record most recent gameplay, which players can then access, edit, and share through social networks and Xbox Live.

PS4:
A definite yes. As stated above, it’s called the “Share” function, and there’s even a dedicated button for it on the controller. Go ahead, check it out above. It seems as if this is going to become a huge selling point for next-gen consoles. Honestly, though, I can’t wait to not watch a single one of those awful fan-made videos.

Xbox One:
Not really. Microsoft has instituted a totalitarian system of used game fees, which means you can only really share games (for free) if your friends are all signed into your Xbox Live account. Here’s how Microsoft’s Phil Harrison explained the situation:

If I buy the disc from a store, I use that disc in my machine, I can give that disc to my son and he can play it on his 360 in his room. We both can’t play at the same time, but the disc is the key to playing. I can go round to your house and give you that disc and you can play on that game as well.

The bits are on your hard drive. At the end of the play session, when I take my disc home – or even if I leave it with you – if you want to continue to play that game [on your profile] then you have to pay for it. The bits are already on your hard drive, so it’s just a question of going to our [online] store and buying the game, and then it’s instantly available to play.

PS4:
We don’t know yet, but you can expect a media-backlash tsunami if the answer is anything but yes. We’re hoping to pick up a few more answers at the conference next week.

Xbox One:
A 500 GB drive, but unfortunately, it’s not user-replaceable. Luckily we’ve heard about a few external storage options for the most avid game hoarders.

PS4:
Still to be announced. There’s a lot we still don’t know about Sony’s new platform.

Xbox One:
Required, but the console isn’t “always online” as previously rumored. This is easily one of the Xbox One’s least popular features. The silver lining is that offline play is still available for a restricted length of time between WIFI hook-ups. We’ve heard you get about 24 hours.

Here’s what Microsoft representative Don Mattrick had to say on the matter:

Now, with Xbox One, we’re stretching the canvas again so creators can design for the cloud with every game they make. In the next decade, every great game will tap the power of the cloud to deliver richer, more immersive worlds. We have a great offline game system in Xbox 360 that gets better when it’s connected. We could have made another offline console, but then offline would have been the lowest common denominator design point for developers. We chose to take the progressive path.

PS4:
Thankfully, it’s not mandatory. I’m sure all you rural farmers will be pretty psyched about this one.

Xbox One:
Yes, but it might actually be for the better. Installed games run faster and more smoothly than their disc-based brothers.

PS4:
We have no idea. Hopefully next week’s press event will shed some light on the situation.

Xbox One:
Kinect 2.0, which is actually starting to look pretty promising. IGN has all the intimate details:

The new Kinect will have “wake with voice” for the Xbox console. It will have a 1080p camera compared to the VGA sensor on the original Kinect. The new motion controller would process 2 gigabits of data per second to accurately read its environment.

PS4:
DualShock 4, Playstation Eye, Playstation Move. All this more or less equates to the same feature set that the Kinect provides, although it seems like Sony isn’t going controller-free.

Here’s a quick update from Geek.com:

Fortunately for those of you who jumped on the Move bandwagon (if there ever was one), your weird light-up lollipop controller isn’t being glossed over as some kind of forgotten failure. The PS4 will continue to support Move, but who knows to what end. The console does have a new PS4 Eye, and in conjunction with the PS3′s Eye, the Move became a highly accurate device. Perhaps the wand will be incorporated into whatever plans Sony has for the new Eye. However, considering the reception motion gaming experienced during the PS3 generation, we’d suggest holding off on investing more money into the Move until Sony shows you there’s a reason to do so.

Who’s ready for another generation of remote-waggling minigames?

Xbox One:
No, which is absolutely ridiculous. It’s also terrible for the indie development scene. You can read more about Microsoft’s Xbox One blunders by clicking here.

Kotaku weighed in on the issue, and here’s what editor Evan Narcisse had to say:

This news comes in stark contrast to Sony’s promises that indies will be able to self-publish content on the PS4. The publisher model, of course, means that some other entity has to decide whether to take a risk on helping get a game on a console and that someone else gets a cut of profits.

Looking back on it now, the Xbox Live Indie Games space wound up becoming a neglected ghetto for creators trying to find an audience. The energy that that scene once held migrated to mobile and has blossomed PC, where platforms like Steam let creators chart their own way. One thing that’s enabled indie creations to find success has been the ability to set and change release windows and prices as they see fit. No need to charge more money to ensure multiple partners get a cut and no need to rush out a game that still needs polish because someone else says you have to. If you’re an indie developer, chances are that Xbox One just became a lot less attractive to you.

PS4:
Like any normal entertainment company, Sony is allowing for self-publishing on their next-gen marketplace.

Xbox One:
Microsoft has stated that used games aren’t going anywhere, but they haven’t been kind enough to elaborate on exactly what that means. We know there’s going to be a fee for used games, and also potentially some kind of online marketplace. Here’s all the information we currently have on the topic, all thanks to Phil Harrison:

“We will have a system where you can take that digital content and trade a previously played game at a retail store. We’re not announcing the details of that today, but we will have [it] announced in due course.”

Xbox One:
Definitely. Get ready to do a lot of shouting at your TV, all thanks to the wonders of Kinect.
PS4:
I don’t mean to sound like a broken record, but Sony hasn’t announced anything yet.

So there you have it: the future of interactive entertainment. We’re still missing a lot of details on the PS4, but it’s likely that Sony’s upcoming press conference will provide all of the console-specific information we’ve been dying to hear.

Heard anything new? Is the Xbox One destined for eternal living room glory? Has Sony changed the game? Sound off in the comments below and let us know which device is fated to win the modern console wars. 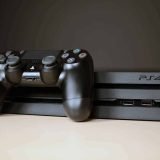 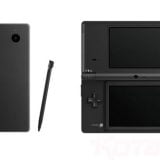 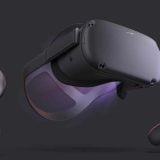 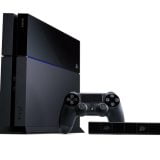