Linksys has been on a roll lately with high-performance routers, and the release of the EA9500 Max-Stream MU-MIMO AC5400 marks the latest addition to its lineup of dependable, feature-rich routers that come with a cost to match. But will the high price tag and limited functionality of MU-MIMO be too much for the average consumer to justify on their next router purchase? And if you want one of the best routers, you need to review our list.

Summary: The Linksys EA9500 Max-Stream MU-MIMO Tri-Band AC5400 Wi-Fi router may be a hyphenated heck of a mouthful to say out loud, but it’s also a powerful, feature-rich router that leaves most of the competition in the dust.

WHY IT’S A TOP PICK: Powerful and sporting the latest technology, it’s hard to go wrong with this beast.

In my time reviewing routers of every shape, size, and footprint, I’ve come to realize that there are two camps when it comes to how new units are designed: either to look sleek/sexy in your home, or built for raw, unapologetic performance. Routers that fall into the former category like the TP-Link C9 AC1900 or AmpliFi Wi-Fi Extender are made to be small, unassuming, and easily blend into the background as an accessory to the overall design of your home. Not like the star that sits in front and center, such as the Linksys EA8300 AC2200 MU-MIMO Max-Stream Wireless router or the Asus Rog Rapture AX11000.

Others, like the D-Link AC3200 or Netgear Nighthawk X8, couldn’t care less what they look like, as long as they’ve got the performance and power to back their price tag up. Of these two categories, at 3.2lb and the size of a phonebook, the Linksys EA9500 easily falls into the latter, wearing the crown as both one of the largest and heaviest routers we’ve tested thus far.

The EA9500 is an imposing router in size and overall presence, with eight separate antennae lining all sides of the unit, grated black plastic, and a small display tucked away on top. The effect of the screen is nice, appearing to almost emanate from inside the router itself with a soft white glow that periodically flashes blue if MU-MIMO activity is detected or settings are being changed.

Despite how cool it looked though, the screen was pretty much useless otherwise. We couldn’t find a way to turn it off if we wanted to reduce the amount of ambient light in the room, and after trying a few different tasks to see what it responded to, it was clear the only information it was good for was telling us whether or not a MU-MIMO was live; something a regular LED light could have done all the same.

Because the EA9500 is a router built first and foremost for performance, it’s no surprise to see the sheer number of burly specs and features Linksys managed to pack into its husky shell. For a unit that’s sleeker on design, check out our Netgear Orbi review.

If you’ve read any of my past Linksys router reviews, you already know how much I love and fawn over the Linksys Smart WiFi dashboard. Personally, I think it’s simply the best router configuration tool on the market right now, and sets an example that every other manufacturer in the business should be quick to follow.

On the desktop side of things, not much has changed since my EA7500 review. All the same tools and features are available, including basics like parental controls and device network maps, up to more impactful additions like Media Prioritization which lets you acutely customize which apps and games have priority bandwidth over the rest.

Where Linksys has made some big changes, however, is on the mobile side of things. Although it’s not available to the public just yet, Linksys has taken many of the lessons learned from the original Smart WiFi and imported them to your phone. The transition between the two platforms feels seamless, and the result is a stylish, highly-configurable app that lets you make all the same changes you could on your computer with the ease and simplicity of touch controls added on top.

At $349.99 retail, the Linksys EA9500 AC5400 is undoubtedly one of the most expensive routers you can buy on shelves today. Although, for a unit that’s $150 cheaper, you might like the Linksys WRT3200ACM. That said, does the EA9500 have the performance to match its massive price tag?

Oh yeah, it’s got about as much horsepower as you could reasonably expect and then a little something extra to spare.

With MU-MIMO beamforming capabilities onboard, the Linksys EA9500 isn’t built so much for straight output as it is for intelligent bandwidth management and roaming capabilities, which it handled perfectly. Beamforming allows routers to intelligently manage how bandwidth is distributed throughout your home, depending on the location of the devices that it’s sending information. In so many words, it means that if you and a friend or family member are trying to use data in the same physical location, the router will account for that and create a larger stream for the antennas that are closest to you.

On the 2.4GHz network at a distance of 5ft, we achieved results that showcase what the peak of wireless performance looks like in the second half of 2016, at 94.73Mbps down/106.49Mbps up. At 30ft on 2.4GHz, we saw a slight drop to 70.84Mbps down/69.86Mbps up, though this was expected given the current limitations of the 2.4GHz transmission frequency.

If you live in a large house, have a fiber connection, or do a lot of 4K streaming at the same time one of your housemates is trying to play a game or download a large file, then the Linksys EA9500 could be right for you.

The router is undoubtedly overkill for most consumers, but for those precious few who want to take their internet connectivity to the next level, the EA9500 is the next evolution in MU-MIMO technology amped up to 11. 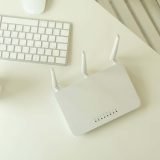 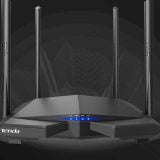 How to Check Internet History on a WiFi Router 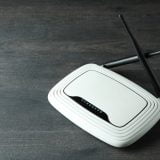 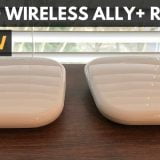 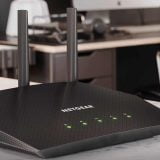 How to Close a Router Port 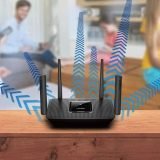