The LEGO Volkswagen T1 Camper Van 10220 is a faithful recreation of a beloved classic car. Colourful, nostalgic, and minimalistic in its design, this set should be able to please the builder, the collector, and a VW fan alike. Check out our list of best LEGO sets to find some more great builds! 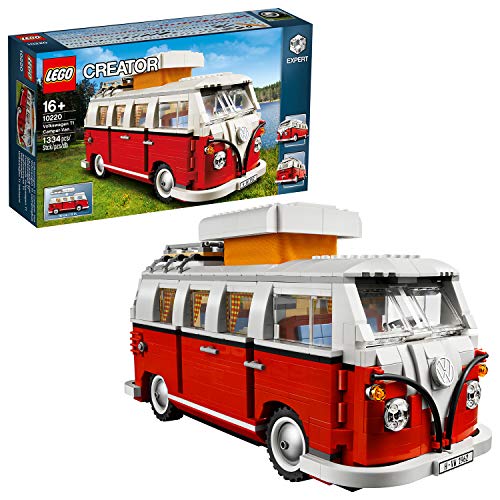 The LEGO Volkswagen T1 Camper Van is an excellent set that puts your knowledge of vehicles to the test not only with a quality build, but with fun little additions that will further reward those with a keen eye and heightened sense of detail. It’s only fitting that LEGO produce a memorable set from a memorable vehicle.

The Volkswagen T1 Camper Van is one of the most iconic vehicles in the world so it makes sense the LEGO Group would recreate it in one of its LEGO Creator sets. But speaking truthfully, this LEGO set can be a difficult build. It comes with two instruction manuals, two of the dreaded sticker sheets, and 15 unnumbered bags of parts. All the bags must be opened at once too so it can be a little troublesome finding the right piece. But if you like a challenge you’ll love this set, or maybe the LEGO Star Wars Death Star 10188 if building cars isn’t your cup of tea.

This Volkswagen T1 Camper Van set is talked about as being one of the best vehicle sets and does not disappoint. Vibrant colours, interiors, and hidden treasures (the yellow t-shirt in the window is great) commingle to achieve this feat. The interior features the rear bench the VW Camper was known for and the VW Logo is displayed prominently at the front of the vehicle. The LEGO Star Wars Millennium Falcon 7965 is another set that’s visually appealing and remains loyal to the original design.

The VW Camper comes with 1,332 pieces. This seems like a small amount, given how much work went into making it look as authentic as possible, but it’s more than enough to get the full experience. The set retails for $204.00 on Amazon and $120.00 online at the LEGO shop. It’s getting to be a slightly hard to find set, as the LEGO website suggests, so it would be wise to consider picking it up now. The LEGO Star Wars Republic Frigate 7964 doesn’t look like it’ll be going into hard to find status soon, probably due to the popularity of Star Wars, so consider that set if you don’t want to track down sets.

The LEGO website currently has this set listed as Hard to Find and Temporarily Out of Stock. But at least it’s not completely Out of Stock so they should be able to get more. It’s the Hard to Find title that should concern you. It’s a popular set, so we don’t think they will discontinue it completely, but you never know.