Are the best shows on Hulu better than Amazon Prime?

Both fairly new to the streaming content category, Hulu Plus and Amazon Prime each offer a subscription service for streaming movies and TV shows, but which of the newest contenders is the best service to subscribe to? Well, TV buffs might choose Hulu Plus, while avid shoppers will most likely want to get Amazon Prime for its additional benefits, but here’s a run down on each service and how they compare.  Also make sure to read our Hulu vs Amazon Prime vs Netflix.

Hulu has been around since 2007 and first started out as a free online video service. It offered a variety of popular TV shows, movies and more before implementing Hulu Plus, an ad-supported subscription service that offers more content versus the free version. See how Hulu Plus stacks up in our Hulu Plus vs Vudu comparison.

Amazon Prime Streaming is also a fairly new service that offers Amazon Prime members perks for constantly purchasing things on the site. Besides offering online streaming movies, the membership also offers free two-day shipping and access to thousands of books in its library. (Note: It’s not to be confused with Amazon’s Instant Video, which also offers TV show, movies and more to buy and/or rent.)

Both Hulu Plus and Amazon Prime are streaming only services. Both allow you to watch movies and shows instantly on your computer (Mac or PC), in addition to numerous other devices (see below). All you have to do is log into your account and you’re good to go.

Winner: Tie since they’re both easy to log in to and use.

Amazon Prime has quite an extensive list of options that include computers and about 200 different models of Blu-ray players, Internet-connected TVs and set-top-boxes. The list includes: Roku Set-Top boxes, Blu-ray players form the likes of Sony, LG, Panasonic and more Amazon Instant Video-Compatible HDTVs from the likes of LG, Vizio, Panasonic and more, as well as Android-based phones and you can download only to the Amazon Kindle Fire. All you have to do is register the device to the Amazon.com account that’s associated with the Prime membership.

Hulu Plus states  that they have “thousands of critically-acclaimed and award-winning movies, many featuring no commercial interruption.” But according to other sources, their titles are estimated at more than 43,000 TV episodes from more than 1,650 current and classic TV shows. There are also about 2,500 films, including exclusives from the Criterion Collection. According to Amazon, they have about 10,000 movies and TV shows, but are looking to grow that number by about 13,000 with 2,000 of those titles in HD.

Since Hulu Plus has more TV shows than movies, die-hard TV fan can easily watch all the new and current episodes of this season’s shows, with new episodes loaded as soon as it’s done airing. With Amazon Prime, you’re not only paying for streaming movies, but also free shipping and access to their library of Kindle Books, which is great for shoppers who use Amazon for everything.

Hulu Plus streams current episodes of shows from Fox, NBC Universal, The Walt Disney Company, The Biography Channel, MTV Networks, National Geographic Channel and Public Broadcasting Service and The Criterion Collection. Amazon Prime has deals with the likes of ABC Studios, ABC Family, the Disney Channel and Marvel, as well as NBCUniversal, Fox and Sony.

Hulu Plus requires you to have a number of specific things in order to stream videos on your computer, including Macintosh OS X 10.4 or above, or Linux; JavaScript and Cookies enabled, Microsoft Windows XP SP2 or above, Adobe Flash Player 10.1.53.64 or above; Internet Explorer 7.0 or above, Firefox 2.0 or above, or Safari 3.0 or above. Amazon Prime isn’t as picky, but does depend on your Internet speed for how fast movies/shows start.

Both Hulu Plus and Amazon Prime can stream in HD when available and features a 720p resolution.

Videos watched with Amazon Prime are only available for streaming and can’t be downloaded and only U.S. residents can access Amazon Prime. It isn’t available in Alaska or Hawaii. You can also watch a Prime instant video as many times as you would like; however, you may only simultaneously watch two videos from the same account. Like the free version of Hulu, Hulu Plus still as ads even though you’re paying a monthly fee for access.

Hulu Plus costs $7.99/month with cancellation available at any time. For Amazon Prime, it’s $79 a year, but it does include other benefits. If you’re a college student, you get 50% off of Amazon Prime’s price. 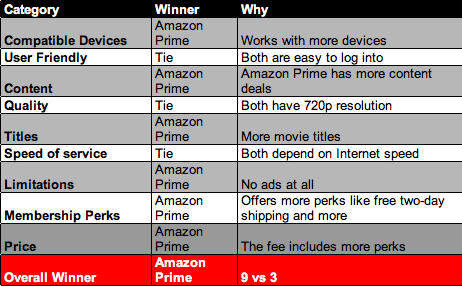 It seems Amazon Prime offers more bang for your buck! Not only does it provide streaming content like movies and some of your favorite TV shows, but its price also allows Amazon shoppers to get free two-day shipping on all items purchased on the site and more. It also offer a better variety of movies and TV shows, where Hulu Plus is more about TV shows than movies. 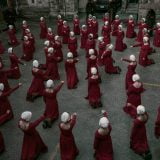 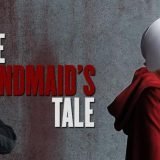 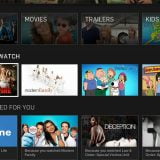 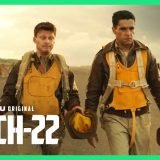