From our best shows on Netflix, Nick Kroll’s Big Mouth takes the stages of puberty and adds magical creatures known as the hormone monsters. The hormone monsters provide the kids’ explanations for their body changes. As they lend a helping hand, they also take some time to throw hilarious jabs at their particular kid’s actions. This show definitely brings you back to the old school days, and there are many moments that will keep you laughing. And if you want to have more entertainment, check the best streaming services.

Big Mouth is an animated comedy series about kids going through puberty. As these kids begin puberty, they are blessed with a hormone monster that guides them through the changes in their lives. The result is a hilarious relationship between the kids and their monsters.

Related: If you want a more interesting show, check the Babylon 5 review

Jay Bilzerian, Jason Mantzoukas’ character, will have you laughing till your voice cracks with the way he goes around acting like the most mature kid in the schoolyard. Nick Kroll stars as Andrew, one of the main characters of the show that deals with a lot of misfortunes after going through puberty. A typical episode will consist of the kids being at school, and their hormone monsters magically popping in and out to give them advice. This series mostly deals with sexual situations, so if you’re looking for more of a family-friendly series the next best series is Avatar: The Last Airbender.

The characters have a dorky style of drawing compared to the realistic puppet style of The Dark Crystal: Age of Resistance. As the kids get through a school day, expect to see the hormone monsters appearing in and out of their lives, while also interacting with other hormone monsters around them. Most of the time you will be laughing at the hormone monsters because of their looney tunes appeal. Aside from the kids and monsters, there are also subplots for the adults around them, which keeps the series entertaining.

Related: For those searching for a family friendly show, read our Bobs Burgers review

This is a series that focuses on the phenomenon of puberty. Because of this, it can sometimes feel redundant as the kids go through similar problems at different times. The development these characters go through is worth a watch. Overall, this show is good because it reminds us of the days where puberty was a significant part of our lives. After this animated comedy, take a dark turn into the world of Walter White in Breaking Bad or continue the laughs with Dear White People.

If I had a hormone monster during my stages of puberty I can’t begin to imagine all the fun we would’ve had. Thankfully, Nick Kroll filled this series with hilarious hormone monsters giving advice to increasingly aroused kids. It is worth a watch to see these kids and monsters work together to get through their body changes. 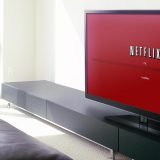 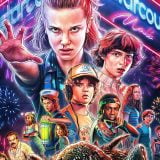 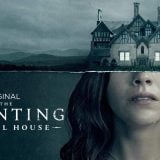 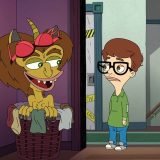 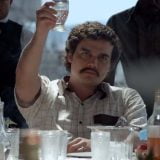