If you are looking for the best fan to keep your house cool this summer, you may be wondering whether the number of fan blades makes a difference. Standing fans are a popular choice for the average home, and they typically come with 3 to 5 fan blades. So, if you’re considering this type of fan, let’s take a look at the differences between a 3-blade vs a 5-blade standing fan.

Standing fans don’t always make the best choice for an office fan, so if you need something for your workspace, check out our guide on the leading desk fans. And suppose you want something related to ceiling fans. In that case, we have a great article explaining if bigger ceiling fans are better. And if you want a good introduction to fans in general, check out our article on what is a fan.

Standing fans are popular because they’re transportable and effective. You can move them to any room, and they help cool off on a hot summer afternoon. But not all standing fans operate at the same levels, and one reason for this is the number of fan blades a given model has.

As you may know, a fan is an appliance that uses electronic energy to run a motor that turns the fan blade. Each blade rotation pushes a burst of wind outward, which is why the amount of blades matters. The blades determine the interval between each gust of air and the weight put on the motor. There are reasons why some fans have five blades and others have three, but that’s beyond the scope of this article.

If the noise level is something you’re concerned with, consider getting a 5-blade fan. Because they don’t move as fast, they are often quieter.

Because of the principles stated above, a five-blade fan will have a more consistent airflow than a three-blade unit. The greater consistency is because the blades are closer together and produce a smoother push.

The advantage goes to three-bladed fans regarding how much air a fan can move. Because of the extra blades, five-blade fan motors are slower than three-blade models. So, you will see three blades used in most industrial units because they circulate more air due to increased rotational speed. However, you won’t notice this speed difference in residential settings.

Regarding price, a 3-blade fan will likely be cheaper than a similar 5-blade model because they cost less to manufacture. However, standing fans of all blade counts can range anywhere from $20 to $300, depending on the quality of the unit.

STAT: A fan motor typically uses up to 70% less energy than an AC motor. (source)

Any appliance with a motor runs this risk. But standing fans are unlikely to overheat to the point of fire hazard or mechanical damage.

Is a ceiling fan more effective than a floor fan?

A ceiling fan is good if you are trying to circulate the air of an entire room. However, if you are looking for a more direct air stream — for example, if you're trying to dry something — a floor fan is likely more effective.

How much electricity do pedestal fans use?

Pedestal fans are incredibly cheap to run, averaging only a few dollars in monthly electricity charges. 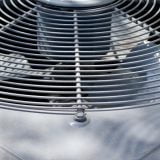 How Long Do Fans Last? Why Do Fans Prevent SIDS? 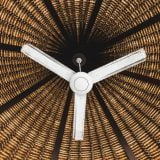 Why is My Fan Blowing Hot Air?