The term “home theater” gets bandied about by every manufacturer of an HDTV or Blu-ray player or audio system. To most of them, a home theater means a compilation of devices that work together to create a theater-like environment for video and audio. But for those without dedicated areas for watching (even fewer these days than just a few years ago), what constitutes a home theater is simpler: it’s a large HDTV at one end of the room, with themselves at the other. Is it any wonder then that so much is being made of the “viewing” experience to potential HDTV buyers, or that audio is played as being more a part of the home theater “experience” in that you can get “enhanced” or “simulated” surround as part of the purchase? The result is touted that once you’ve used up the space for that HDTV, that’s the end of your worries for a “home theater.” Speaking of the viewing experience, see how the best soundbar can increase your enjoyment.

Truth is, though, that while the size of the HDTV has increased, the built-in speakers have decreased: just compare those found on one of today’s flat panels with its tube-based counterpart from what seems eons ago. And while the level of sophistication from the digital amplification is impressive, the level of audio being outputted rarely is. But with space being a real issue for many, “what’s a Mother to do?”, as the old advert used to say. Get external speakers? You could get external speakers, like the Bose Companion 2 Series iii Multimedia and the Elegiant SR300. Though, these are often used as computer speakers.

Yet, there’s often no room to set up external speakers around your TV. So, we ask the same question again: what do you do? This answer for this would be a soundbar, like the TaoTronics TT-SK018.

Only this time the answer is the ZVOX Audio V-Series; specifically the  Z-BASE 220 Sound Bar. This all-in-one compact sound system does several things that are helpful here: to start, its DVD player-like size makes it an easy integration with the HDTV from the physical positioning point of view. Plus the size of the unit, while small, contains a digital amplifier and speakers that are many times larger than that of the HDTV. So by the simple law of physics, you should be able to get better audio results without having to give up any real space. And yes, ZVOX Audio calls this a sound bar, even though it is definitely rectangular. But the MDF wooden construction means that you’re going to get better audio than from a plastic enclosure from the get-go, especially when you consider that the 12 pounds of weight hold 35 watts of powered electronics inside, accompanied by three full-range 2-inch speakers (55 Hz – 20 kHz) and a powered 5.25-inch subwoofer blowing chunks out the bottom. Solid construction on the bottom is aided by four feet to keep vibrations from going berserk too. And as should be obvious, you’ll want to have the unit positioned so that there’s open space around it to allow the speakers to “breathe” and do their thing. So the first thing we’ll do is connect it up to the HDTV in the bedroom. Since the Z-BASE 220 is the smallest of this new line ZVOX Audio makes, it can’t fit beneath the 60-inch HDTV as a base (it could have if the TV had been a 32-inch or smaller model), but it can certainly take over the space that the DVD player is occupying: being hardly used anymore in favor of the Blu-ray player. A couple of connections have to be made and they’re simple to do for just about anyone who has some patience and, in this case, a flashlight for illuminating dark areas.

One end of an optical digital cable goes into the HDTV’s optical output, with the other end going into the optical input on the back of the Z-BASE 220. Should there not have been an optical out on the HDTV, a coaxial audio cable could have been used, or even one of two pairs of analog stereo RCA audio cables. And that’s it, other than plugging the unit in for power and flipping it on. Turn on the HDTV and the Z-BASE- 220 will start itself up, then go into “standby” when it no longer detects an audio signal.

To switch between the inputs, you can either use the control beneath the front speaker grill (other controls here are Volume and Mute, which also doubles as the main power button), or via the included remote control which also takes care of adjustments for the special features. However, should you only be concerned with turning the Z-BASE 220 on/off and adjusting the volume level, and using Mute, you can program an existing Universal remote to do this (this info is provided in the slim information guide that’s included). And while it might take a bit of time to get your existing remote to jibe with the Z-BASE 220 correctly, it’s hard to argue against eliminating yet another remote control to ultimately lose.

It should also be noted that there is a mini-jack stereo socket on the front for plugging in an iPod or any mobile device that has an analog output (like a headphone jack). A nice touch is that plugging a cable into the mini-jack socket automatically disengages the other inputs. Remove the cable and things go back to the way they were.

Now ZVOX makes three claims with the Z-BASE 220 that should be easy to verify without an audio meter or anything other than a reasonably good pair of ears and some time spent: good emphasis on dialogue so that voices can be heard regardless of whether it’s a talk show or movie playing; control over commercials to moderate the often jump in volume level that occurs; simulated “surround” to enhance music and movie presentations (called “PhaseCue II virtual surround by ZVOX Audio engineers).

So okay, we’ll tackle each of these. One of the three “Surround levels needs to be turned on, so we’ll start with the mildest version, that of the “SN1” which purports to provide strong vocals. Now for some late-night viewing where the commercials tend to overpower to “wake” the partially dazed viewer. After hearing a few commercials increasing in volume when compared to the shows they’re interrupting, pressing the “Output Leveling” button on the unit’s side provides relief: yes it actually does keep the volume at a constant level. That’s well and good and thank you, ZVOX Audio, for making watching Conan far less obnoxious. Using the “Dialogue Enhancement” button, which seems to clean up the vocals and make them a bit more discernible than would otherwise be the case (on the negative side, using this feature turns off both the Surround and Output Leveling, although they return once DE is deactivated). 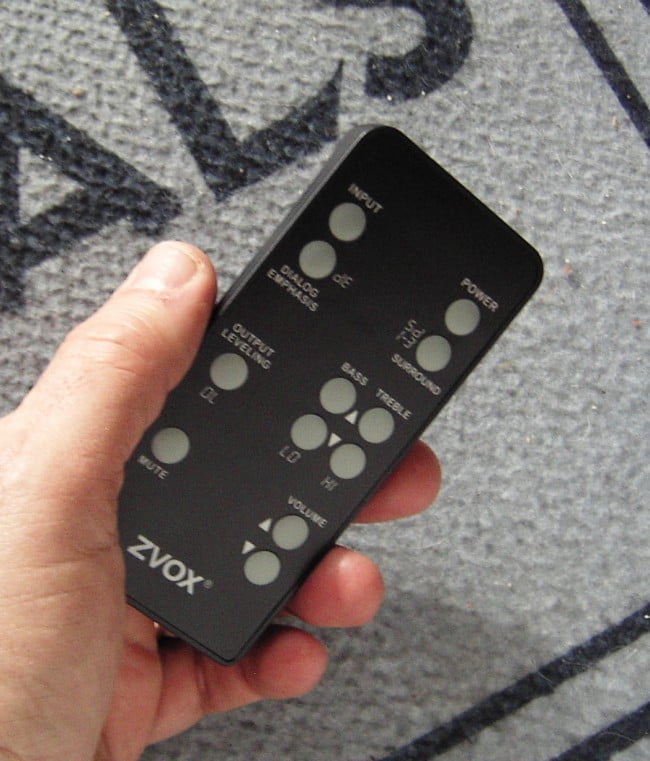 Next, we’ll test the dialogue enhancement feature along with each of the three “Surround” levels; “SN1” being the least powerful, while “SN2” boots dialogue and surround equally, and “SN3” favors the “surround” effects the most. After spending more than a few days playing with/enjoying the improved audio quality the ZBASE-220 provides using different audio sources, here’s what we found:

Dialogue Enhancement — use this with talk/chat shows because it keeps the dialogue “clean.” But yes it does do the same for the commercials so once again the Universe balances the scale.

Surround SN1 — most broadcast TV, like sitcoms and the news, will be slightly enhanced when using this — although you probably won’t be able to tell. It’s sort of like “you got it so why not use it,” if you know what we mean.

Surround SN2 — Movies on broadcast TV seem to like this setting. We don’t know why but it does. Also shows like Game of Thrones on HBO does well with this too.

Surround SN3 — works best when sending recorded content, like a Blu-ray movie or streaming video, through the HDTV and so into the ZBASE-220. This is where the bass really comes into its own and the “virtual surround” seems the most realistic to our ears.

In all cases, the Bass control has been left at “Neutral,” while the Treble was at +2. These levels can be set independently from -4 to +4, and the “correct” setting will depend on the room in which the ZBASE-220 is being used, along with your personal preferences. As an indication of what to set them at, consider first leaving them both at “Neutral” and working from there.

Oh, should you wonder, the LCD panel on the front reflects any feature you’ve activated with a blocky bit of orangy text; for example when you’ve hit “Dialogue Enhancement,” you’ll see “DL” appear. You’ll also see numbering appear when you’re adjusting the Bass and Treble. Remember, there’s no onscreen menu since you don’t connect the ZBASE 220 to the HDTV’s video.

Bottom line: $199 retail can buy a lot of audio — at least if you have the ZVOX Audio V-Series Z-BASE 220 Sound Bar — without the need to move furniture for speaker placement in that bedroom or den. Need better audio than the HDTV can provide but don’t have the space for a “home theater” speaker setup? ZVOX Audio has you covered. 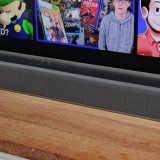 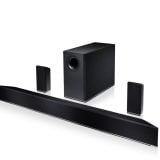 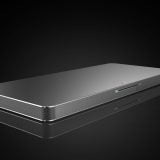 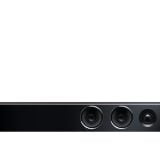 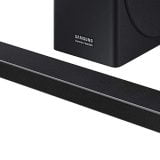 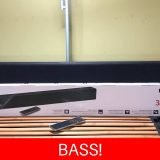