The Expanse is not only one of the best sci-fi tv shows out there, it’s also one of the best shows on Amazon. Set 200 years in the future where an intergalactic civil war between Earth and a colonized Mars is about to unravel, the series was created by Mark Fergus and Hawk Ostby, who also wrote the movies Children of Men and Iron Man. The series stars Steven Strait, Thomas Jane, and a host of other actors and actresses both main and recurring. The show is currently on its fourth season. And if you want a reliable streaming company, read our article on the best streaming services.

If somebody were to ask you what was the last best sci-fi TV show you watched, what would you say? And we mean a science fiction TV series. Westworld is great, but it’s almost as much western as science fiction. Battlestar Galactica could count, but that went off the air in 2009. The Expanse is doing what Game of Thrones has done for fantasy and The Walking Dead did for horror: reviving the genre.

Related: For those who want to try a different show, read The Dark Crystal Age Of Resistance review

Set 200 years in the future, The Expanse tells of a future where tensions between Earth and a colonized Mars are reaching a boiling point. Between Earth and Mars a cluster of space stations called “The Belt” retains the lowest social classes in the solar system. All the while, a Blade Runner like police officer is on the hunt for a girl named Julie Mao who, curiously, may be the key to understanding the rising Earth/Mars tensions and to stopping an intergalactic civil war. If you like your TV show thrillers not in the form of a space opera, we recommend The Americans as a great alternative.

James S.A. Corey’s popular book series is what The Expanse is based on. However, did you know that it was first conceived as an MMORPG? But this can actually work to the shows advantage. A world large as a video game, one the size of an MMORPG, can give writers tons of material to work with in terms of characters, backgrounds, and plot elements. Sadly, as with a lot of science fiction tv shows, The Expanse Season 2 could take itself a little less seriously at times. Some episodes have lost the Cowboy Bebop noir-ish feel the first season had. But if taking things seriously isn’t your cup of blue milk, The Marvelous Mrs. Maisel is a fantastic comedy that has won many awards.

As the series progresses Steven Strait, who plays Captain James Holden, excels at making the Captain’s somewhat crazy behaviour and experiences seem more relatable. More human, even. It’s great to see an actor who has such a strong bond with a character that he visibly gets better every season. Rami Malek, Academy Award winner and star of Mr. Robot, is another actor doing outstanding work with his character. The series also stars Golden Globe and Satellite Award Nominee Thomas Jane, known for his performance as Ray Drecker in Hung as a police officer. Despite the difference in roles, it’s nice to see Thomas Jane bring more fluidity in his role choices.

The Expanse Wrap Up

Despite being cancelled by the Syfy network, Combined Final was brought back to life again by Amazon Studios. An excellent decision on their part, we would say, as The Expanse is easily the best science fiction tv show currently airing. And with the vast amount of potential material to draw from, it looks like The Expanse will be around for a long time to come. 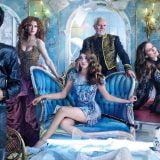 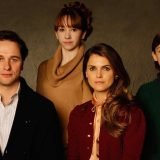 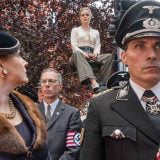 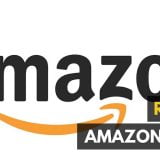