The Sony HW45ES (also known as the Sony VPL HW45ES) is a top-of-the-line SXRD projector featuring a really good contrast, full HD resolution, and a feature Sony dubs Reality Creation that adds post-processing to the projected image to enhance overall visual fidelity. It’s a brutally expensive projector, but you get what you pay for: it’s easily one of the best 3D projectors on the entire market. 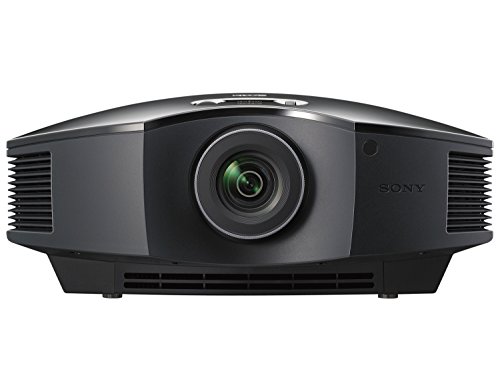 The Sony HW45ES is a very high-end home entertainment projector featuring super deep black levels, up to 1.6x manual zoom, and phenomenal picture quality for home cinema use. While it costs a pretty penny and isn’t very suited for bright rooms, as a home theater projector, it’s very, very difficult to beat.

Despite only coming in at 1080p, the picture quality is insanely good on the Sony HW45ES for a number of reasons. Since it’s an SXRD projector (a proprietary technology employed by Sony), several flaws of traditional DLP projectors are mitigated or repressed; the contrast is very high without sacrificing response times or input lag, and image quality hold up despite its low resolution for the price point, and it just overall provides an excellent media viewing experience.

It very soundly beats the BenQ TK800 4K Projector, and maybe even some Sony 4K projectors, thanks to its much better contrast and great picture quality, but the BenQ is cheaper and has a higher resolution. Its SXRD-based projection adds one other benefit certain users will definitely appreciate: it doesn’t suffer from the rainbow effect, making it a good pick even for people sensitive to it. For another great SXRD-based projector, check out our Sony VPL-HW40ES projector review.

While brightness is low on the Sony HW45ES, this isn’t a problem for its intended use case. It’s a media-focused projector meant for rooms with little to no ambient light; its brightness of 1,800 lumens is fine for dim rooms meant for consuming media, and its image quality more than makes up for its poor performance in brighter rooms. Its contrast ratio is ridiculously high for a projector, beating out most TVs and computer monitors.

Adjustability is great on the Sony HW45ES. It features manual lens zoom, an optional “lamp mode,” as Sony calls it, that boosts lamp life, and a decent selection of ports. It has your standard 2x HDMI input array, a USB port, dedicated menu buttons, and an included remote control. All it’s really missing is DisplayPort, though it lacks any features that would make use of DisplayPort’s advantages

For its price, durability is very disappointing on the Sony HW45ES. Its lamp life is only rated for 6,000 hours, which is paltry compared to some DLP projectors and basically all laser projectors, but it gets even worse than that: that 6,000-hour figure is taken from when it’s running in lamp mode, which harms image quality. The lamp is at least user-replaceable, but replacement bulbs are not cheap.

Value is another weak point of the Sony HW45ES. It’s a very high-end product; value projectors like the Epson Home Cinema 3700 Full HD 1080p 3LCD Projector and Epson Home Cinema 2040 3D 1080p 3LCD Projector all come in at around half of the price and offer similar feature sets, but they have significantly worse image quality and much lower contrast ratios. You don’t buy the Sony HW45ES or the ViewSonic LS700 4K for value–you buy it because you want among the best of the best.

The Sony HW45ES is a very phenomenal projector for the price, despite the fact it’s missing a few features. To be fair, at $2,000, it kind of has to be; that is a very pretty penny to plunk down, a pretty penny that could get a near top-of-the-line OLED TV. Its lack of HDR stings, and it’s a shame it’s only 1080p, but even with those two seemingly massive drawbacks, it delivers excellent image quality thanks to its very high contrast ratio and just great all-around color reproduction. If you’ve got a $2,000 hole burning in your pocket, this is the projector to buy for high-end home cinema needs. 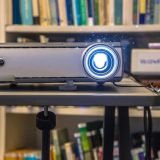 How to Get Wrinkles Out of a Projector Screen 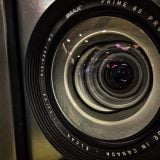 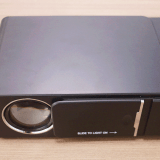 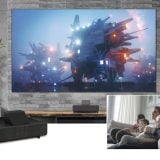 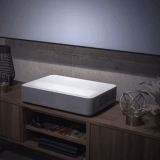 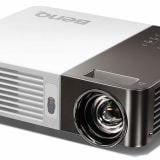