When you’re in the market for a new projector for your home cinema and home entertainment, there are a lot of different factors to consider: how bright is the projector, or what kind of max resolution can it project at? Can it be mounted on the ceiling? Which projector should you choose? Should you get a home theater projector or a business projector? And finally, what are the best ultra-short-throw projectors on the market?

There’s a lot to know about home theater projectors, and we have the answers. If you want to start small, take a look at how to make a pinhole projector to view a solar eclipse for your at-home projector.

But, of all these questions you’ll have to ask yourself – before shopping for the best projector money can buy – perhaps the most important is: what’s the difference between a short throw and a “long” throw projector. If you don’t know what either of those terms means, fret not we’re going to fill you in on all the details and more in this handy guide on short-throw vs. long throw projectors. If you’d like a look at a nice short-throw model, read our Sony MP-CD1 projector review. On the other hand, if you’re shopping on a budget, take a look at the best cheap projector.

What Does “Throw” Mean?

The difference in a projector’s throw distance is decided by the type of lens it uses, with long throws generally being cheaper to build than short-throw due to the quality of glass necessary to make them work.

All short or long lens measurements, regardless of brand, are categorized by the range of the projector in relation to the screen to create a 100″ image. Your screen type does matter, but will vary in terms of material, and this includes using acrylic vs enamel projector screen paint.

Long-throw models can require six feet or more of available space between where your projector sits and where the screen is mounted in order to reach the 100″ screen sizes limit. The upside of long-throw lenses (besides the price discount compared to short throws), is they’re perfect for large hall or exhibition space applications, like business presentations, houses of worship, outdoor theater, or concert visuals. Perfect your backyard movie nights with the best outdoor projector. Or, if you have a large room, they serve as great home theater projectors. Moving them closer, however, you don’t get a larger image. The image shrinks, making it less useful in projector home theater setups in smaller rooms.

Short throw projectors, on the other hand, have lenses that can create a much larger picture from shorter distances, or 100″ from about four feet or less in certain models. They can be used on a wall or a projection screen. The first benefit of buying a short throw also happens to be one of the most obvious: the distance that the projector should be from the screen means less room for people to get in the way of the projector’s light. If you’re ready to buy now, have a look at our Optoma Short Throw Projector review.

Short throw projection is perfect for square footage-challenged homes, apartments, or viewing areas, but that convenience also comes at a higher cost. On average, you should expect to spend anywhere between $100 – $250 more on two comparable projectors, with the only difference being the throw capacity of their lenses. Many people use these projectors for video games since not much room is needed to get a stunning large image and create whole video walls. It’s the same reason travelers like to use them as a business projector. It delivers a larger image from a shorter distance. These are also more or less portable projectors since they tend to be smaller. For a look at a nice short-throw projector, read our Epson LS100 review.

Last up, there are “ultra-short-throw” projectors, which can create an image of up to 100″ from a mere 15″ away. I bet that’s larger than your current flat screen. These ultra-short-throw projectors are commonly reserved for commercial or enterprise applications, though they can be useful in smaller homes or apartments that are even more cramped for space than those that would use a standard short-throw instead. Unfortunately, the lenses that make an ultra-short throw possible are also quite a bit more expensive, which is why they’re mainly reserved for business applications instead. As seen in this Sony 4K short-throw or LG’s PF1000U.

If you really want an ultra-short throw there are a few solid ultra-short models out there, but expect to spend a lot more for a less bright, less versatile projector that only works in very specific viewing scenarios.

Some Short Throw Projectors to Consider

Which is Right for You?

Like most technology purchases today, in the debate of short-throw vs. long throw projectors: it all depends on what you’re looking for. For example, if you’re wondering will any projector work with a smart board, it’s better to do your homework to find a compatible one.

On the one hand, long-throw projectors can be cheaper than their short-throw competitors, but they also don’t lend themselves too well to home theaters when there’s only so much space between your couch and the opposing wall. The saying “down in front” doesn’t get tossed out all that often in home theaters, but it can still be annoying when your friends or family are involved in a movie only for one of them to get up for a snack and ruin the shot for everybody. With long throws, you have more space between the projector and the screen, which makes it more likely that someone’s going to walk through the image path on their next trip in or out of the room. Where to find a cheap short throw projector. Find the best short throw projector review here.

On the other side of the spectrum, short throws are spectacular for sitting-room only setups, though that bonus comes at a cost. Short throws are more pricey at checkout, and also don’t adapt as well to further projection distances the way a long throw can. If you plan on using your projector for any other projects or presentations outside of a home theater exclusively, a long throw might be the better choice.

Ultimately, you can calculate the perfect throw style for your viewing preferences by heading on over to our best projector for 2018 guide and using the handy tool provided there to find out whether a short-throw vs. long throw projector is right for you. Make sure that you choose a projector that has the right ports that you need so that you can connect things like your computer monitor, Bluray Player, video camera, home audio equipment, or video game console.

If you want good colors make sure that you choose a model with the proper color brightness. This is measured in lumens. The brighter the projector the higher the lumen rating will be.

Most projectors come with a remote control, which is handy for adjusting settings without having to get up and go to the unit. However, not all give you that bonus, so make sure you know what you are getting in the box when you buy.

If ceiling mounting is what you want in a long throw projector, make sure that your projector can be mounted in this way. Again, they are not all created equal, and even if you can mount it, it may not come with the necessary accessories to do this. So again, make sure that you know what you are getting.

An LCD projector tends to have a sharper image and better picture quality, whereas a DLP projector is generally lighter and more portable. The kind that you choose will be based on your own unique needs. LED projectors have limited brightness compared to LCD and DLP so they are not great for rooms where any light comes in.

Many of today’s projectors can work with your smart home and be tied into home automation as well.

Make sure that your projector can adjust the aspect ratio as some older content was filmed to be square, while newer content is rectangular.

While we are all looking at laser projector technology in the near future and dreaming of laser light, these short-throw and long throw projectors will fill your every need. Some popular projectors include the BenQ ht2150st, Epson home cinema series,

Whether you are looking for short-throw projectors, long-throw, or ultra-short throw projectors, our buyer’s guide will give you everything you need to know about technology so that you can make an informed decision and buy the right projector models for you. Right now 4k projectors are the most popular. Remember it’s mostly about image size and image quality based on throw distances. This will determine the types of projectors that you will be looking at. 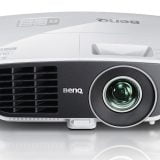 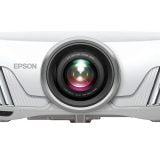 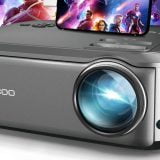 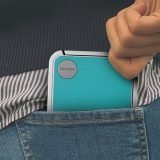 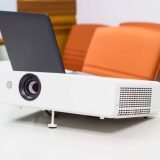 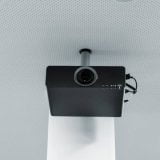