If you’re looking for the most convenient option for internet access, you’re probably torn between a dongle vs. a wifi router. Each device offers internet connectivity, but each uses a different source for wireless access. That said, the best router will give you excellent internet speed via an ethernet cable or 5 GHz band. Alternatively, you might want to look into 5GHz WiFi over Ethernet gaming, as the speeds will make a huge difference.

Deciding between Wi-Fi dongles and routers can seem like a big task. They both offer a wireless connection to the internet, but they achieve it differently and are great for personal broadband speeds, similar to routers vs hotspots. That said, if you’re looking to gain faster speeds over an extensive network, consider viewing our guide on tri-band Wi-Fi 5 vs. dual-band Wi-Fi 6.

A Wi-Fi dongle, also called a mobile dongle, connects to a computer USB port and provides a mobile broadband connection. Instead of receiving wireless signals from a modem, a dongle uses cellular data to deliver incredible connection speeds on the go or at home. For an extensive network with many desktop computers, you should read our guide on a layer 3 switch vs. a router.

The Wi-Fi dongle has the advantage of convenience over a traditional router offered by broadband service providers. You can connect to the internet from anywhere you have mobile internet access like 3G, 4G, and, preferably, 5G. You could also look into Peplink Balance comparison of cellular routers.

Most Wi-Fi dongles require signing up for a cellular data contract plan. In addition, if you are doing high-bandwidth tasks like streaming video or online gaming, you might pay much more than you’d like for cellular data connectivity. In addition, you’ll notice reduced speed during peak hours, much like you do on a cellphone.

A Wi-Fi router is a networking technology that passes along your broadband connection to all the devices on your home network. It connects to an internet modem that delivers broadband from your ISP. Most Wi-Fi routers specialize in wireless internet but can take an ethernet connection.

In addition to a solid wireless connection, a Wi-Fi router offers advantages like hardware-level network security and features like firewall and VPN protection. Also, you have the option on most Wi-Fi routers to use an ethernet port to reach your maximum bandwidth.

The further you are from your wireless router, your wireless devices might experience a faulty internet connection. In addition, your connection via Wi-Fi might suffer as more people log onto your wireless network, making your high-speed internet seem slow.

Is a Dongle or Wi-Fi Router Better?

Between a dongle or a Wi-Fi router, the most convenient option depends on your habits. If you primarily use the internet at home on a desktop computer, you’ll likely do best with a wireless router. That said, if you’re constantly on the move with travel or work, a Wi-Fi dongle might be the ideal solution for wireless internet.

Are WiFi Dongle and WiFi hotspot the same?

A Wi-Fi dongle and hotspot are roughly the same things but in different forms. A dongle connects via the computer USB port, while a hotspot acts as a wireless modem router combo.

What is a WiFi Repeater?

A Wi-Fi repeater is a device that takes the internet signal from your wireless router and repeats the signal across a wider area.

How fast is MiFi broadband?

STAT: DLP cures an entire layer at once, eliminating the time needed to scan the part’s interior, as seen in SLA printing. More parts in a batch do not take more time. (source) 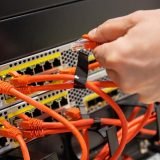 How to Troubleshoot a Router 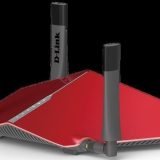 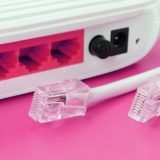 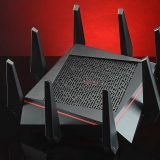 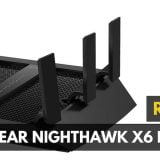