In order to get good performance everywhere, you don’t always need the Best TV Antenna to achieve the same result. The Dish Playmaker Portable Satellite Antenna is a device that delivers fantastic performance at a relatively fair price point. In fact, it deserves to be on the list of the Best RV Antenna options available. 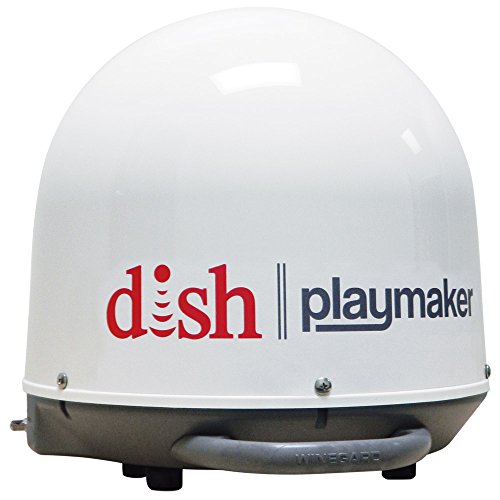 If you’re already a subscriber of the satellite Dish network, the Dish Playmaker portable satellite TV antenna and the Wally receiver combo are pretty much a great buy. Its star rating might not be as excellent as other cheaper RV satellite Dish antennas, but its performance has become a lot better with subsequent OTA updates.

The performance of this portable satellite TV antenna is actually pretty excellent, as we mentioned before. In fact, it’s even better than the King Dish Tailgater Pro, a Dish satellite portable antenna that costs above $100 more. But, basically, every time this RV satellite antenna boots up and starts searching for channels on the Dish network, it becomes pretty loud.

Granted, other than the Wally HD receiver, this portable antenna doesn’t come with any other mounting accessories, not even the roof mount. Even that, unlike the GE Pro Outdoor Antenna, you pretty much gotta buy separately. But once you buy everything, the whole installation process of the Dish Playmaker portable satellite antenna is pretty simple.

The durability of this portable satellite TV antenna is not insufficient, but it’s not great either. Our primary concern is quality control, as a lot of units have shown up dead on many users’ door fronts or died within a few months of use. In comparison, even the cheaper Winegard RV Antenna booster comes with a better build quality with powder coated components. But if you have any problem, you can always reach out to Winegard by sending an email to their email address; they are pretty helpful.

The overall range of this portable antenna is pretty great (without obstructions). However, it’s pretty sensitive too. That means it loses the satellite signal even with the slightest bit of blockade. But the satellite signal reception of this portable satellite TV antenna has improved a lot since launch with multiple OTA updates. And now, it’s basically as good as a lot of other RV satellite antennas. If you want better range and clearer HD channels then you can check out the Winegard Rayzar z1, which delivers awesome performance with a minimal footprint.

The value aspect of the Dish Playmaker portable satellite antenna is excellent, especially considering the fact that similar RV satellite antennas cost a lot more. And even though the exclusion of a roof mount from the box and the paid monthly services are a bit of a bummer, it makes up for it in performance. 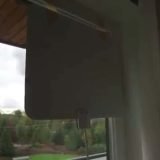 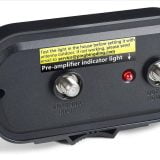 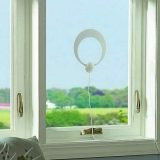 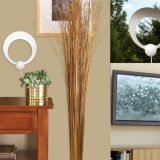 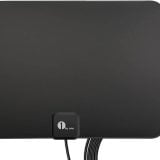 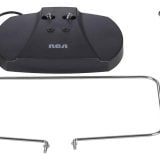