Have you ever needed to connect a flash drive to your phone and you happened to need an adapter that you didn’t have? Well, with the Silicon Power C80 you will no longer need that as the flash drive itself comes with both an USB-A connector and a USB-C connector allowing you to seamlessly transfer files via USB 3.0’s fast read and write speeds over a range of devices. And having a key-ring design with a metallic body, the Silicon Power C80 is potentially the best USB flash drive for many of you. 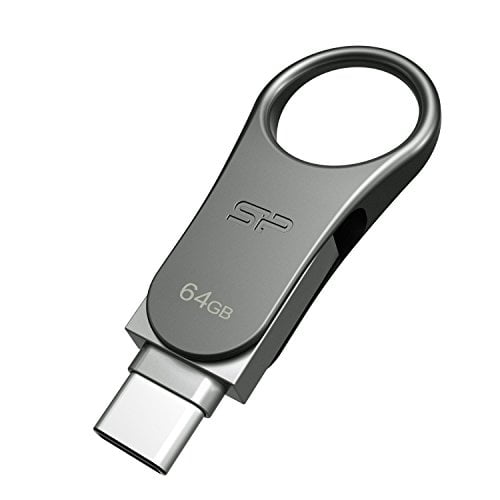 Featuring both USB-A and USB-C the Silicon Power C80 allows you to transfer files over a wider number of devices, ranging from your PC to your phone without any additional adapters. Whilst reducing the hassle of extra cables, the C80 also provides high speed data transfer packed into a metal key-ring design making it one of the best USB Flash drives out there.

Allowing you to transfer files at almost the speed of solid state drives with SLC cache enabled like the Sata III, the 64GB Silicon Power C80 has read and write speeds faster than the SanDisk Cruzer CZ36 and the Kingston Digital DataTraveler as well as almost any hard drive. Apart from supporting the USB 3.0 the Silicon Power C80 also allows you to connect to a wide range of devices thanks to its wide system compatibility and the fact that it has two USB connectors. Unlike devices like the PNY Turbo, the Silicon Power C80 has both an USB-A connector and a USB-C connector allowing you to transfer files across multiple devices, that too at a greater speed.

However, the Silicon Power C80 doesn’t allow you to choose from a number of storage size options like the SanDisk Cruzer CZ36 and is limited to a single 64GB option and also doesn’t have as much security as SanDisk devices without the Secure Access software. But, on the plus side the C80 does come with the SP xDrive explorer software downloadable from the App store, making it possible for you to backup data and also encrypt it to a certain extent, not making it completely devoid of security. On the lower end of performance, there are USB drives that are meant for specific purposes like performing upgrades from HDD to SSD. A drive that serves this purpose is in our Sandisk ultra review.

The Silicon Power C80 has a key-ring design which gives it a pretty unique look and allows you to easily switch between the USB-A and C connectors while keeping the other tucked away. This paired with the fact that you can easily attach the device to a keychain makes sure that you never lose it. Do you prefer USB drives with retractable designs? Read our Verbatim pinstripe review.

Moreover, with a solid metal design and COB technology, the Silicon Power stays safer than most other Flash drives, from water, dust as well as any form of vibration. This protects whatever data you have saved, stays safe and away from any form of hardware haywire. As for looks, as seen in the images(rights reserved to Silicon Power) the Silicon Power C80 is simple yet elegant with a metallic casing.

While the Silicon Power may be noted to have surpassed many hard drives and some SSD’s in any SSD review, it lacks what many other flash drives offer. It lacks an LED indicator showing whether the device is connected or not, but what it lacks most of all is a large storage size. It doesn’t nearly catch up to the SanDisk Cruzer CZ36’s 256GB, and is only available in the 64GB option. So for those who do need the USB-C connector, this might be a good pick, but other than that, it’s just a bit on the expensive side of Flash Drives. Though if you’re willing to look past these lacking features, the Silicon Power C80 still performs well with decent read write speeds that can compete with some solid state hard drives like the SLC cache-using Silicon Power Sata III. Plus, the C80 is covered by a convenient lifetime warranty, so you know you’re covered.

Although the Silicon Power C80 doesn’t offer higher or lower storage options or a LED indicator, when it comes to other specs like a fast read and write speed, two USB Type connectors, a wide system compatibility and a back-up as well as encryption software, the Silicon Power Go is cut above the rest. If you want, you can also compare its speeds with SSD specs, like those listed in SSD reviews to see how impressive this small device is. And so, with a solid metal build and key-ring like design, it is one of the best 64GB Flash drives you can get. That is if you’re willing to pay a slightly higher price for the premium design. 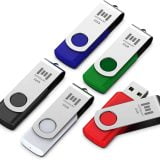 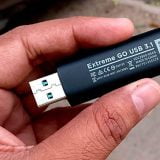 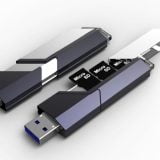 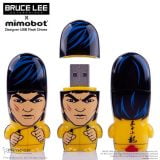 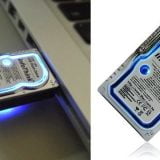