Which brand has the best TVs? Samsung Vs. Vizio.

Television shopping, especially big screen television shopping, can be a little intimidating with the variety of screen resolution options, screen sizes, and Smart TV features. While it’s tempting to pick the biggest, cheapest TV you can find, you could end up with an off-brand that won’t give you the features you want. Comparing some of the top television brands — such as Samsung vs. Vizio — can help you narrow your list of contenders to the best brand of large screen television. See how Vizio and Samsung TVs stack up against each other in the following nine categories. Then make sure to check out our best 65-inch TVs.

Both Samsung and Vizio offer a wide range of screen sizes, giving consumers plenty of options to fit their budgets. For example, the Samsung JU7100 series offers seven screen sizes, ranging from 40 to 85 inches. All Samsung TVs now come with tech that enables app control, allowing users to adjust their TV’s brightness from their mobile devices. This is a great feature for those who want to quickly change the level of brightness in their living spaces without having to fiddle with buttons on the TV itself.

The company also offers an 88-inch 4K model, as well as a 110-inch model. For a nice sweet spot while on a budget, consider the best 70 inch TV for the money.

Vizio’s M series of TVs has eight units, ranging from 43 to 80 inches. Samsung offers more curved screen televisions than Vizio TV, although the jury is still out as to whether curved screens provide better performance. If you are curious about a curved screen, you can check out our Samsung UN65MU8500 review to see if it will suit you. Additionally, you can compare the Vizio M Series vs the V series to see which has the features you desire.

Winner: Samsung, because of slightly larger screen options and more options at each screen size.

Both companies make use of LED-LCD display technology primarily. Samsung released an OLED TV a few years ago, but hasn’t done much with the technology since. And for Vizio, OLED technology is still too expensive to fit into its low priced branding strategy. However, if you do like OLED displays, you can compare a Samsung model to our Sony A8G review.

Winner: Tie. Until one of these manufacturers commits to OLED, they both rely on the same LED-LCD technology to sell TVs.

All of the major large screen TV manufacturers have embraced 4K, or Ultra HD resolution, in a big way, and Samsung and Vizio are no exception. You can find HD resolution televisions from both manufacturers at a discount of about 25% to 40% to their 4K resolution units. Samsung heavily pushes its branded “SUHD” TV set technology, but don’t be fooled. It’s just the manufacturer’s Ultra HD, or 4K, display resolution. It has nothing to do with screen technology, and it’s not really different than 4K options from Vizio. You can check out our Samsung Q900 review for an 8K option.

Winner: Tie, as the Samsung vs. Vizio comparison here is a dead heat.

Image quality can be a personal preference. I know what kind of screen quality I like; you know what you like. So let’s rely on organizations that use scientific testing, like Consumer Reports, to determine the best image quality of large screen televisions. Don’t forget how important color display technology is to your image quality, however. Samsung has two of these such technologies that we have a comparison of with Dynamic Crystal Color vs PurColor. So if you are leaning towards Samsung, make sure to learn about the differences in these technologies, so you get the most from your TV.

Samsung consistently scores at the top of the charts for televisions, both for HD and 4K resolution models, regardless of screen size. Vizio’s early models had some image quality problems, but the current models of Vizio TVs score well in terms of image quality for HD resolution sets. Samsung TVs’ range of environments they can perform well in is great too, like if you’re looking for the best TV for a bright room.

Vizio’s 4K performance in terms of image quality is considered average by the majority of ratings services. If Vizio’s past performance is any indication though, the manufacturer should make steady improvements in its 4K image quality in future models.

Winner: Samsung, because the manufacturer consistently ranks at the top of the charts in image quality.

Large-screen televisions don’t have very good audio quality with built-in speakers, so you may want to plan on purchasing a sound bar or a speaker system for the TV for a better sound system. If you are looking for cinema-like sound quality, the cinema mode feature on your TV paired with a Dolby Atmos–enabled speaker system and subwoofer can provide a full cinematic surround-sound experience.

However, if you want to rely on the built-in speaker in your Vizio or Samsung television, we’ll once again rely on testing organizations to determine the best TV sound quality. Neither manufacturer provides above-average audio quality with built-in speakers, but Vizio televisions are ranked below average more often than Samsung models.

Winner: Samsung, although neither Samsung nor Vizio have above-average audio performance from the built-in speakers.

Any TV that has built-in Wi-Fi and can accept streaming services is considered a Smart TV. But each TV manufacturer has its own interface for accessing apps. Popular streaming apps like Netflix, Hulu, and Disney+ are often available on most Smart TVs. But latency mode is needed to enjoy the full features of these popular streaming apps. This helps reduce lag time in the audio and video stream, allowing users to play back their shows without delay. Furthermore, Smart Capabilities expand the functionality of the TV, allowing users to have a more interactive experience with their device.

Conversely, Samsung is using the Tizen interface on its Smart TVs, offering tiles that scroll across the bottom of the screen. Tizen provides smart features compatibility with some smartphones and tablets, which the Vizio offering cannot do. To see what these TVs are capable of, read about the best smart tv and learn all about them.

Winner: Samsung, because Tizen is a little more advanced than Internet Apps Plus. However, manufacturers are constantly tweaking their Smart TV systems, so it’s worth testing the latest versions before you choose.

Every large screen television these days is pretty thin as screen technology allows this to be possible, especially compared to the old CRT behemoths from more than a decade ago. On average, Vizio and Samsung large screen TVs have a similar depth. For example, both Samsung and Vizio’s latest 75 inch model measures 2.5 inches in thickness. Check out our Samsung QN75Q80TAFXZC review to read about a 75″ model. When comparing weights of TVs from the two manufacturers, it varies as to which manufacturer’s sets are lighter, depending on screen size. There is the Vizio portable TV however. If thinness is a priority of yours, LG also makes great thin models like the one in our OLED77CXPUA review.

Winner: Tie, as both manufacturers make extremely thin units and neither has a clear cut advantage.

Modern large screen smart TVs offer a variety of ports, including HDMI, USB, Ethernet, and component audio/video. Although it’s not the case with every Vizio model, many of the manufacturer’s televisions offer five HDMI ports, which is great for attaching set-top boxes, gaming systems, and audio systems, while still having a port or two left over. Samsungs TVs usually offer three or four HDMI ports. Samsung units usually offer multiple USB ports, slightly more on average than Vizio models.

Winner: Vizio, because no one wants to run out of HDMI ports on their TV, and Vizio models typically have more than other manufacturers’ sets.

Vizio entered the large screen TV market several years ago as the low price alternative to other television sets, and it has maintained that moniker as its brand has grown. Vizio units offer decent image quality and performance for a really good price, often some of the lowest prices in the market at all screen sizes. As mentioned above, Samsung units will usually outperform Vizio 4k TVs, but you’ll have to pay more for that extra performance. However, if you wish to look more into Vizio TVs, check out our Vizio M Series review to see if it fits your needs.

Both are great TV brands, but I have to give the edge to Samsung TV in this comparison of Samsung vs. Vizio televisions, but the gap between the two manufacturers has closed significantly from the beginning of the decade. While Samsung maintains strong image quality and a great Smart TV interface, Vizio has made up ground in recent years, improving picture quality while maintaining some of the lowest prices in the industry. So the whole Vizio vs Samsung debate has some give and take. Budget shoppers will not be disappointed with the Vizio options they have in today’s market, while those seeking a bit more quality will be pleased with the performance levels and response time for the lowest input lag they’ll find in Samsung televisions. So if you like these brands, check out our guide on the best Samsung TV and best Vizio TV to see some options. They are perfect for viewing Apple TV 4k, playing games on game consoles, watching sports, and streaming videos from all of the streaming services. You will have an amazing viewing experience. Of course, these aren’t the only two TV manufacturers, so if you are curious, you can also check out our guide on the best Sony TV. 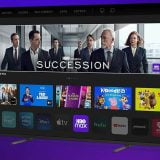 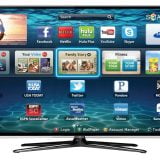 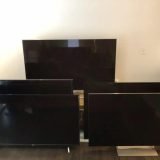 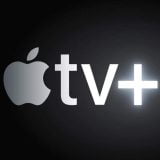 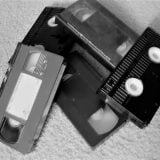 How to Connect a VCR to a TV 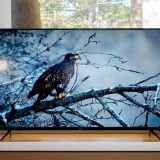