The Razer Blade is the talk of the town among gamers. It’s got a similar look and feel to the MacBook Pro 17″ from Apple, plus the guts any game can love. It has the most important features we want. But the recently updated MacBook Pros are no laughing matter; just put Windows on it and you have a formidable gaming machine, one that’s slick and offers some of the best battery life you can get on a laptop. So how do the two compare? And is it one of the best laptops for college compared?

Comparing any laptop to the MacBook has been trouble when discussing design. The aluminum unibody design, simple logo, light power brick…it’s simplicity at it’s finest. Razer takes a lot of those same elements and implements them into the Blade. It’s black instead of white, but otherwise could be mistaken for a MacBook closed except for the Razer logo. The Blade really is the darker, more devious brother to the MacBook Pro. In a strange twist of irony, the Blade is actually larger but thinner. Here are the dimensions of both:

Based on size alone, the Blade is longer and taller, and has a bigger display, but is 0.1″ thinner and almost exactly the same weight.

Open both up and the main design difference is abundantly clear: the trackpad on the Blade is not below the keyboard. Instead, it’s based on the Razer Switchblade, a device with only LCD-backlit and completely adjustable buttons. On the Blade, users can pre-assign different functions to all ten buttons above the 3″ LCD display. That display also acts as the trackpad, so there is no chance of accidentally palming it with your other hand. And because it’s an LCD display, it can double as almost anything, from a secondary screen to watch YouTube videos to a number pad. Apple uses the extra space on the MacBook for speakers, which is nice. But for gaming, no laptop is going to be good enough.

It may seem like a tough call, because on the one hand people who like using their left hands to mouse just won’t like the Blade’s trackpad. It’ll be impossible to use. On the other hand, Razer matches the excellence in design from Apple and takes it a step further with something no one has ever done before.

Ports may not seem so important, especially on a laptop, but if you’re buying a 17″ model for over $2500, you’re looking for a desktop replacement. Docks are a pain and expensive, so everything needs to be built directly into the machine.

The MacBook Pro features 3 USB 2.0 ports, a Firewire 800 port, Ethernet, audio in and out, and the new Thunderbolt port. The Blade has 2 USB 2.0 ports, 1 USB 3.0 port, an HDMI 1.4 port (which supports 3D, 4K resolutions, 7.1 surround out, etc.), and a single audio in/out combo port. Deciding which is better appears tough, but based on today’s technology landscape, it’s a fairly simple choice. There simply aren’t Thunderbolt devices, but USB 3.0 is the up and coming standard. Video out is also hugely important, and right now Apple owners have to buy a mini-DV adapter plugged into the Thunderbolt port.

Here’s a look at the spec sheet:

The two machines are very similar in components, which isn’t surprising considering the pricing on both. There are three notable differences: the GPU, battery capacity and price (we’ll get to the latter two in a bit). AMD’s 6770M is a great card, and can definitely handle any and all of your gaming needs (though  OS X can’t). However, the GT555M is, while not the top-of-the-line mobile GPU (that would be the GT 580M), it’s damn fast. However, it’s not so much about the GPU speed in this case, but the GPU RAM. The Blade’s GT 555M comes with 2GB, compared to the 6770M’s 1GB. That will make the biggest difference in gaming (and application) use. Then again, with 8GB of RAM, most users won’t actually notice that except in heavier games. Other applications won’t take advantage of it, for the most part.

Update: As many astute readers pointed out, there are two major differences between both machines that were not originally discussed. The first is the CPU. The MBP has a quad-core processor, while the Blade uses a Dual-core processor. Both are i7, though the MBP will perform better with applications that utilize more than two cores.

However, the vast majority of today’s applications, including high-end apps, do not utilize more than two cores. Most only use one core. Most people who use two cores are running multiple applications simultaneously. The question here, frankly, is whether faster performance is more important than more cores (more simultaneous processes).

For someone purchasing either computer for gaming, the Blade is the clear winner. Faster is better, and there are only a handful and a small one at that, that use even two cores. Most use just one. However, the L3 cache is the big differentiator, and the base MBP CPU has 6MB of L3 cache, compared to the upgraded 2.5GHz with 8MB. Ultimately, I’d need to test both machines out, but what is clear is that the upgraded CPU will have better overall performance (perhaps not with today’s games and applications, but definitely over time) than the Blade’s i7. The base model CPU, however, likely will not be as powerful.

The second is using 3rd party hardware. The fact is most of us don’t do that, and likely never will. There is certainly the option to upgrade the RAM or from a HDD to SSD, but once again those are expensive steps to take. They’re not Apple expensive, but it’ll cost you no matter what. The same options will be available with the Blade as well, so they weren’t even discussed.

Finally, price. For the most comparable machine, Apple fans need to put down $750 more and still get a slower processor and a lesser GPU. If the SSD is scratched on the MacBook and replaced with a 750GB 7200RPM hard disk, then it’s roughly the same price, but as we’ve found with today’s applications and operating systems there is a pretty stark difference in speed and quality between HDD and SSD. But, again, for a desktop replacement more space may be the more important thing.

The MacBook Pro has a denser battery, one that promises to last for 7 hours per charge. Razer isn’t advertising battery life on the Blade because it isn’t that great, but at CES I was told 1.5-2 hours of heavy gaming per charge. We’ll have to wait and see how it performs for daily use, because lord knows getting a laptop like this doesn’t mean we’ll be playing games on it every second of use.

Based on the specs, Razer wins thanks to a few minor upgrades over what Apple currently offers, such as Bluetooth 3.0 (over 2.1), Wi-Fi 802.11 b/g/n (a/b/g/n can cripple networks for users if one person is connected through the “a”, so eliminating it altogether is better for everyone). Apple does include the DVD-R drive (does anyone use those anymore?) which for some gamers who don’t download all their games will be a major loss with the Blade. Then again, who buys a $2,800 gaming machine and uses discs? Apple also has a denser 1200p display, compared to Razer’s 1080p. Apple also has an option for glossy or antiglare displays, while Razer ships only with glossy screens.

The big feature, of course, is Switchblade. We’ll have to wait and see how good it is in actual use, but even if you don’t use it to it’s every capability the mouse all the way to the right may prove to be an excellent design choice, so long as you aren’t left handed.

Then again, for a gaming machine with 8GB of RAM and at least 1GB of VRAM, an SSD will help, but not all that much. Unless gamers plan on playing while in a car (which is going to be hard on a 17″ laptop), a standard HDD would be fine. The problem is even sticking with the faster HDD keeps the MBP at $3,050. You may say, “at these prices what’s a couple hundred dollars”, except that in this case you are paying more for slower parts.

Normally we award the winner in price to the product with the most choice, but in this case the Blade is more affordable. Even though it comes in only one size, compared to the customization of the MBP, the Blade is simply more bang for your buck. 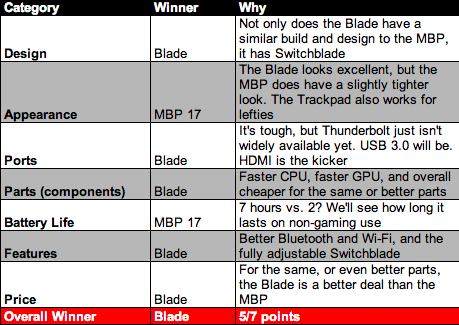 Of course, if you’re looking for a gaming laptop, the Blade my not be your best bet. After all, the RAM and GPU, and even the SSD, are all fairly limited when compared to what you can get on larger machines like the Alienware M17x or Maingear’s Titan-17. On the M17x alone, for the same price I can double the RAM, get a much better GPU and a hybrid HDD/SSD, and a 3D display for 3D gaming.

However, today there is nothing that offers the build and design of a MacBook and makes it game-worthy. The Razer Blade offers to do just that, and for the gaming industry and hardcore gamers, that’s exciting. It means we don’t have to lug around giant heavy laptops to play, or be ashamed of how big and bulky they are. There is a bright future, and perhaps it’s in the Razer Blade. We’ll see when it comes out, in February. 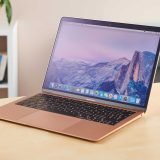 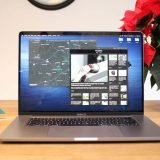 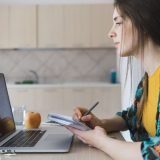 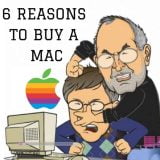 What to do if your Macbook Battery is Not Charging 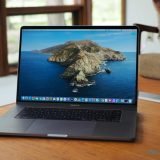