Looking at the spec list of the Optoma HD25-LV, you might have a hard time believing that such a cheap projector would actually manage to perform at the same level as its costlier cousins, let alone make it onto our list of the best projectors.

It may be a low-priced projector, but at least it won’t cost over $1,000 like the Optoma GT1090HDR or the Epson home cinema 2040 3D 1080p 3LCD projector. If you’re looking for more budget options, take a look at the best cheap projector. Or, if you’ve got a bit more money to spend, try reading our Acer CL7860 4K Projector review.

So does the Optoma actually measure up to the legacy left by other brightness-centric projectors before it? Read on in our Optoma HD25-LV review to find out! If this is too high-tech for you, consider taking a look at how to make a pinhole projector view a solar eclipse.

WHY IT’S A TOP PICK: The Optoma HD25-LV is a great choice for home theater beginners.

Summary: The Optoma HD25-LV sports a retina-blasting 3,200-lumen rating for ultimate brightness at any time of the day, all at a budget price that won’t break the bank. In fact, this model has way better lumens than the one in our ViewSonic M1+ review.

When you first pull the Optoma HD25-LV out of its box, you’ll first notice how deceptively light and compact its case is, similar to its sister model, the Optoma HD27 3D DLP projector. At just 6.8lbs, this is a projector that you’d feel comfortable mounting on a shelf or the ceiling without worrying about what might come tumbling down in an earthquake, or fits snugly on your coffee table while still leaving plenty of room for drinks or a spot for you to kick your feet up.

For another compact projector with big results, read our Optoma EH415ST review.

As far as the actual design of the projector itself, you won’t find too many eye-grabbing features here. The projector world is fairly set in its ways about what it believes is a “good” design for a home theater device, and save for a few exceptions like the Epson PowerLite Cinema 1440, you won’t find a ton of units that stray from the model. I enjoyed the sweeping, almost racecar-esque aerodynamic look of the front of the HD25-LV, but save for those few accents, everything you find here would fit the mold as any other projector in its price class would.

The HD25-LV comes with a ton of ports, more than you would ever need, save for a few extenuating circumstances. The Optoma comes with two HDMI 1.4/MHL, 3 audio output/input jacks (3.5mm and R/L), two VGA in, one VGA out, a mouse/service port, RS-232C, 3D-sync out, and composite video in.

Regarding settings, what you get with the Optoma HD25-LV is relatively basic, but still functional nonetheless. Everything you’d expect is here (contrast, brightness, zoom, sharpness, etc.), as well as a few standouts that unfortunately didn’t impress as much as they should have.

Both the dynamic blacks setting and Optoma’s proprietary Brilliant Color setting set the projector apart. However, they didn’t give us as much “oomph” in picture quality as we would have hoped (more on that in the next section).

As soon as you fire up the Optoma HD25-LV (more like about 5 minutes after it’s fully warmed up, but we’re splitting hairs here), you’ll be blinded by its surprisingly bright and luminous picture.

With 3,200 lumens of raw, pupil-punishing power behind it, the HD25-LV is made for bright rooms with excessive ambient light, and in this scenario, it more than excels for its price point.

At a distance of 5ft in the middle of the day, the Optoma joined the ranks of the Epson PowerLite 1440 by maxing out our light meter, which only measures up to 2,000 lux, before giving up. At a distance of 10ft, we were actually able to get a reading, which started at 1,475 at the corners of the picture, and only went up from there, to 1,960 at the center.

As far as movies and TV shows go, both the colors and the blacks were rich. However, they did seem a little “off” during certain scenarios, almost as though the software that drives the setting was overcompensating during fast-moving action scenes. Granted, the quality was still stellar for the Optoma’s $805 cost, and if you want a decently priced high-brightness competitor to Epson’s PowerLite 1440, you’d be hard-pressed to find another projector that can stand up to the task.

Surprisingly, the Optoma performed handily during gaming tests, something that few projectors have managed to do up until now. Although there was still a noticeable amount of lag inherent to all DLP-powered projectors, the movement was smooth, and controls still felt responsive enough that we’d be perfectly comfortable gaming on the HD25-LV for extended periods online or off.

3D performance was equally as impressive, even though we were only able to try out one method of projection (RF glasses). The viewing angle was wide enough that four people could sit both on a couch and two love seats on the side without losing the 3D effect, and there was only a minimal amount of image blur/crosstalk when we tilted our heads.

For a projector with so much power and brightness behind it, we were amazed to see how quietly it ran during our testing scenarios.

Without any ambient noise in the room, we only tested a difference of around 4dB between having the projector on or off. This is probably due to its low-key fan, which unfortunately didn’t do much to dissipate the intense heat coming off the unit while we watched a 2-hour movie.

With a 16W onboard speaker, the Optoma HD25-LV sports a lot more sound than we were looking for going into the review. Once you fiddle around with the bass and treble (and ensure the “Surround Sound” feature is turned on), the HD25-LV provides deep, rich bass with crisp highs. Of course, if you take your home theater setup seriously, you should invest in a separate set of stereo speakers, but if you’re on the road or just need something quick and out of the box, these speakers will handle anything you throw their way without a problem.

When I originally read the specs for the Optoma HD25-LV, I was skeptical that a sub-$1,000 projector could manage to handle a 3,200-lumen brightness rating, all while actually looking good at the same time.

But, thanks to the BrilliantColor color engine, solid 3D/gaming performance, and a boomy pair of onboard speakers, I was quickly proven wrong. The Optoma HD25-LV is the perfect projector for anyone who’s planning on setting up their home theater in less-than-ideal lighting conditions, or those who just want a whole heap load of brightness on a tighter budget.

If this brand is your favorite, check out these Optoma UHD50X projector models. 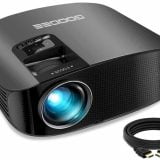 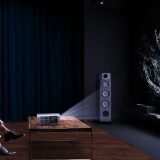 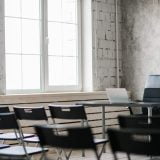 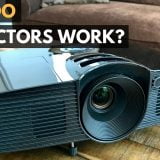 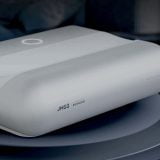