If you’re on the lookout for mesh routers, the new Orbi Tri-band set of three mesh systems are a great option for your smart home. Compare the Orbi with our AimpliFi HD mesh router review to decide which is best for you. The Orbi Mesh comes with two satellites and one orbi router, which is good for up to 2200Mbps Wi-Fi speeds. This could be the best router for improving the coverage of the Wi-Fi network in your home. 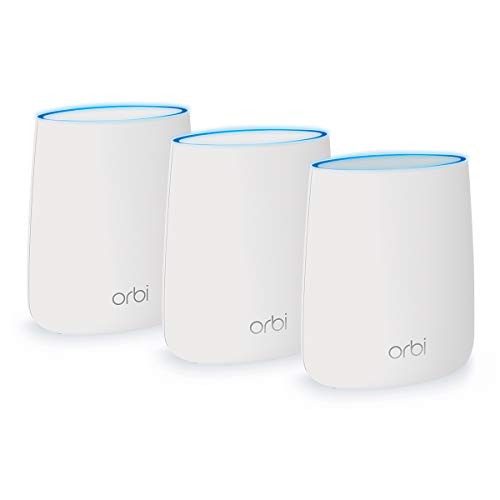 The Netgear Orbi system consists of two satellites and one router. Together, they offer a Tri-band Whole Home Mesh WiFi system that delivers super fast transfer speeds and multiple device connectivity. It provides a large coverage area of 6,000 square feet with and comes with advanced security.

The Orbi satellite and router are a Tri-band mesh system, which equates to a large coverage area when the satellites are placed properly in the house. The system can support up to 20 devices using mesh networking and connecting to a single network name. With wireless speeds of up to 2200Mbps, and a wide coverage area of 6,000 square feet, you get a better internet connection with the Netgear Orbi Mesh system. Another great alternative is the Eero Pro Mesh Wi-Fi System (2nd Gen) Router, which is also a Tri-band router with two satellites.

The Netgear Orbi Mesh system of one router and two satellites carry a simple and elegant design. One satellite has an oval orb like design and connects to the main base router, which also looks the same. The satellites and the router have 2 x wired Gigabit Ethernet ports each, located at the back. However, one of the Gigabit Ethernet ports on the router will connect to an existing modem. They are available in a white colour option only. You could also try out the TP-Link Deco Whole Home Mesh Wi-Fi System Router, which has a cylindrical design.

The Orbi Mesh Whole Home Wi-Fi system from Netgear is great value for money, especially if you have a large home. The system is an excellent choice for homes with several connected devices, as the Tri-band Wi-Fi will ensure that everything remains synced at all times. The Orbi app that comes with the system allows for easy network and device management, and also features parental controls. The system has advanced security with Netgear Armor support and receives firmware updates periodically to keep things secure. The MeshForce Whole Home M3 Wi-Fi System Router is another good option.

The Orbi Tri-band Home Wi-Fi system from Netgear offers a large coverage area of 6,000 square feet, and has fast Wi-Fi transfer speeds of up to 2200Mbps. It is also quite easy to set up using the Orbi app, while security isn’t a worry thanks to the Netgear Armor. The mesh system works best when the satellites and router aren’t placed too far apart. To compare with another option, take a look at our review on the 9 most compelling features of the Netgear AC1900 nighthawk 5ghz smart wifi router. 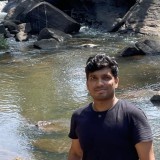 What to do with an Old Router?

How to Connect Two WiFi Routers Together Wirelessly