For personal use during conferences, the best webcam for conference room is arguably the Logitech C925E Webcam. It’s one of the most complete webcams you can grab for yourself. For starters, it’s 1080p, which is already great. More importantly, it has a privacy shade and surprisingly good audio quality. No external microphone necessary! 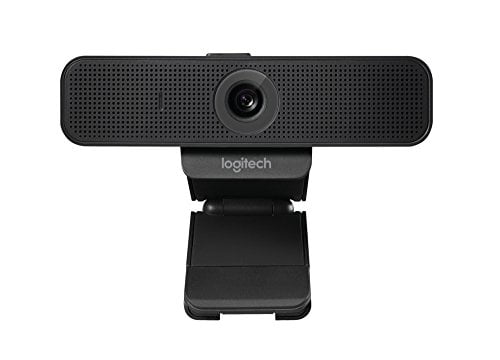 One of the most complete options, the Logitech C925E Webcam has just about everything you need for conferences: crisp 1080p, stereo sound, and integrated privacy shade.

Related: If you like what you’ve read so far, have a look at the Logitech C922X review

The wide-angle lens, thankfully, doesn’t distort the sides. That’s less of a worry at 78 degrees, but some webcams tend to create a fisheye effect. You won’t see that here. On a side note: the integrated privacy shade is a welcome feature that the Logitech C920S doesn’t have. At 6.16 oz and dimensions of 1.30 x 1.20 x 5.00 inches is longer than it is tall but ultimately small.

Purely by clarity, the Logitech C925E Business Webcam does the job pretty well. It outputs in 1080p, 30 frames per second. Light correction can be a bit funky, and there tends to be a bit more yellow than you might like. It would really benefit from white lighting, but still a good video conferencing webcam, nonetheless. The Logitech C922X Pro, however, beats it by a mile.

Image stability is generally good; however, it uses a clip-on design that, over time, needs to be readjusted. You’ll benefit far more from a tripod in achieving a clear video. Though it lacks the name recognition of Logitech, the Youpeck 1080p HD webcam comes with a tripod as well as a privacy cover.

The Logitech C925E Webcam only has a small amount of zoom, just 1.2x, though it lacks internal storage. The Logitech Brio has HD 5x zoom. It makes up for it by having great audio quality that’s void of tons of static and white noise.

At first glance, $90 may seem steep. Believe it or not, it’s one of the best deals you can get. It isn’t just high-quality videos, but a competent microphone too. It’s hard to find a webcam that does both without one of the features suffering. The Logitech C925E Webcam feels more complete than the Logitech C270.

Out of all our entries, the Logitech C925E Webcam is by far the most well-put-together webcam. Sure, 1080p is great—and we’re glad it has it. We just like that the microphone wasn’t ignored. In many cases, it’s either visual quality or audio quality that gets the axe, but not so with the C925E. 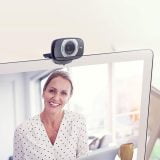 What is a Webcam? 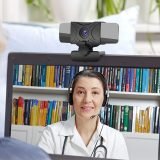 How to Change the Default Webcam on Windows 10 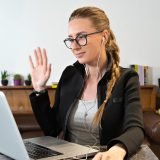 How to Use the Camera on a Chromebook 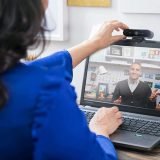 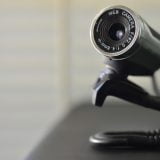 How to Use a Camcorder as a Webcam