The Homitt Electric Spin Scrubber has gotten a lot of credit in our list of the best bathroom cleaner appliances, and for a good reason, as it offers a wide variety of brush heads and the adjustability of its extension handle. Unfortunately, the phrases Spin Scrubber and power battery do not go hand in hand. 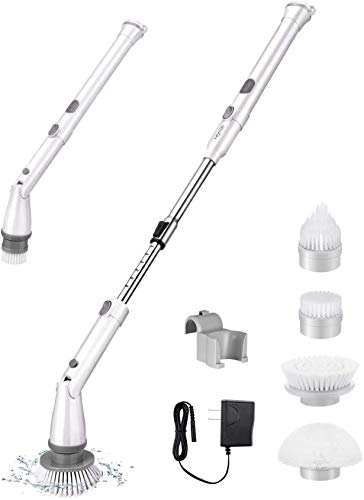 Why We Like It – Homitt Electric Scrubber replaceable extension

The Homitt Electric Spin Scrubber offers the most comprehensive array of interchangeable brush heads we’ve seen in a long time and is easily adjustable thanks to its extension arm. The brushes can pivot on an axis at 45 degrees; for hard to reach corners, this function makes it a must-have item.

The customer reviews paint a bleak picture of the Homitt Electric Spin Scrubber’s power supply, not what one might call a powerful battery, as many have criticized it for lasting an hour in most cases. Make sure to charge it regularly, as some have reported that it can become dormant if neglected. What the Spin Scrubber lacks in charge it more than makes up for in power, however, as it can claim 300 RPM. If you’re looking for a powerful battery the Drillbrush Power Scrubbing Bathroom Cleaner Kit may be a better alternative for long jobs.

The Homitt Electric Scrubber replaceable extension features interchangeable brush heads of various shapes and an extension arm ideal for hard to reach spots. It is compact, a definite plus if space is an issue, and could conceivably fit and a drawer. The head pivots at an axis for a 45-degree range of movement, although some claim locking in place could be an issue given its high RPM. If you prefer analog scrubbing or the extension handle isn’t your speed, the OXO Good Grips Scrubbing brush would also be a good alternative given enough elbow grease, although corners could be a problem.

If it weren’t for the lack of a powerful battery, the Spin Scrubber would be an obvious buy. The comparatively higher price and danger that it may go dormant without frequent charging weighed against competitors is also cause for hesitation given its $59.99 price tag. If you’re facing a demanding deep cleaning or routine housework, this may not be the right choice; I’d sooner recommend the Drillbrush Kit mentioned above or the OXO Good Grips Extendable Tub and Bathroom Cleaner.

Homitt has earned points for the consideration of its customer’s needs in including so many brush heads. The lack of a powerful battery to back it up its decent RPM is a hard sell; a newer model that addresses this problem would make it an easy recommendation for customers looking to upgrade. 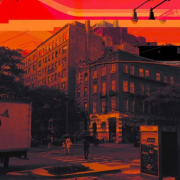 I'm working toward a degree in computer science in Florida and I occasionally do twitch streams, and make art on instagram.