Many can remember the days when 3D and 2D televisions rattled sabers over which was the best TV on the market. Today, we know which way the consumer interest has tilted. But for those who still want an at-home 3D experience, we’ve written the following comparing a 3D TV vs a non-3D TV. Also, for a look into specific types of 3D viewing, you can check out our article covering 3D TV: active vs passive.

3D viewing has a specific charm to it. Still, the fact is that consumers weren’t as excited about 3D content as marketing teams expected them to be. Many reasons for this were the added steps it took to watch 3D content, the extra cost people weren’t willing to shell out for special glasses, and added depth perception.

If you are looking to purchase a 3D TV, 3D glasses that use passive technology are cheaper, comfier, and offer just as good image quality as active technology.

Below, we’ll look at the different factors that might help explain why the 3D format never took flight. And if you’re looking for great content on 4K television, you can read our article that covers 4K TVs: 8bit vs 10bit.

When it comes to the television experience, many don’t like to take extra steps. This attitude is partially why many never bought into the 3D viewing experience. Between the glasses, the additional setup, and the special 3D Blu-Ray disc movies, viewers weren’t interested in going through all that for extra video effects.

Also, depending on whether you had active glasses or passive glasses, this meant having to recharge them periodically or purchase batteries. And speaking of convenience, you can check out the top TV accessories to help with organization and improve your watching experience.

Overall, 2D televisions were much more in line with what length people were willing to go to watch movies, and many found that the 3D image wasn’t worth the added trouble.

Even in terms of image quality, there isn’t much of a perceived experience gap between 2D and 3D. It’s not simply that consumers thought they were missing out on something great but didn’t want the hassle. On the contrary, many didn’t even care about the possibility of watching 3D movies at home.

Today, 2D technology has continued to develop into 4K, Ultra 4K, and now 8K resolutions, while the gimmick of the 3D video effect fell to the wayside. If you are looking for a 4K TV, you can check out the top-rated LG TVs for high-quality 4K TVs that excel with their smart features.

Ultimately, 3D TVs simply cost much more than 2D models. Of course, they aren’t manufactured anymore, but purchasing a 3D viewing option back in the day cost several times more than a 2D television.

3D active shutter glasses cause dizziness or fatigue if not appropriately synced to the TV.

Can a 3D TV be used for normal viewing?

Yes, 3D TVs can be used for watching regular television, such as cable TV or 2D movies.

Is there any chance that 3D television will come back?

While there is always a chance this could happen, it doesn’t seem like any major TV manufacturer is considering rebooting a line of 3D TVs any time soon. There are, however, 3D projectors that are still being created and sold.

Are there any 4K TVs that have 3D?

Both LG and Samsung used to make 4K TVs that show 3D pictures. But currently, no 3D TVs are being manufactured. 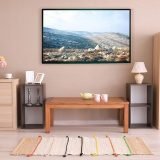 When Did TV Go Digital? 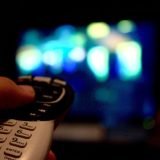 How to set up Chromecast on TV 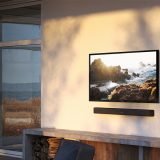 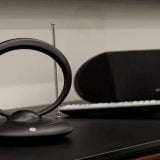 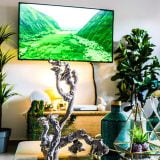 Why a Curved TV?