If you’re shopping for the best router, you may need an extra tool to extend your WiFi network to your entire home or office if you suffer from frequent connection issues with your current setup. And, like routers, you can choose between a single band vs dual band WiFi extender.

Your internet speeds rely on a strong wireless connection, so you may have a diminished broadband connection without realizing it. So, if you need to extend the reliable internet connection in your home, read on to find which device is best for a strong signal.

A Wifi repeater or extender is a device that takes the broadband connection from your router and rebroadcasts it to a broader area. While entirely wireless repeaters exist, you’ll see better results from a wired connection over an ethernet cable. That said, like comparing a single or dual-band router, you can choose between single or multiple GHz bands from your WiFi internet extender.

If you want a reliable internet connection, place your extender about halfway between your router and where you want to strengthen the wireless internet coverage.

Just like a single-band AC router, you will only get a single GHz band to connect your wireless devices. Most of the time, this single band is 2.4GHz, but some models offer faster speeds of 5GHz.

A dual-band extender offers both 2.4 and 5GHz connection bands. In addition to stronger wireless signals, a dual-band device allows you to prioritize your WiFi network.

Luckily, the choice between 2 and 5GHz bands isn’t as complicated as deciding between a DD-WRT vs. pfSense wireless router. Or, as hard as bridge mode vs router mode.

Since a dual-band extender offers a 5GHz frequency, it will have superior speeds to a single-frequency extender. In addition, since you can place different devices on each band, you have control over device prioritization. This means you can put bandwidth-intensive activities on the 5GHz frequency and leave 2.4G for simple web browsing or smart devices.

Either option will offer stable WiFi coverage as long as your device is in range. While older 2.4GHz devices suffer from occasional stuttering, modern single-band devices are better equipped to cut through interference.

While a single-frequency extender with 2.4GHz technically has more signal strength than a dual-band 5GHz model, it isn’t that simple. A device with 5GHz uses beamforming to discover, locate, and target internet signals to specific devices. That said, should you need more coverage, you’ll want to review a WiFi router vs an extender.

If you’re experiencing issues with a new extender, ask your internet service provider about potential compatibility issues with their equipment. You may need an entirely new WiFi router.

What is a wireless band?

A wireless band, also called a frequency band, is how your wireless data travels between your devices. Technically, the frequencies we use for internet access are radio waves in either the 2.4GHz or 5GHz frequency bands. That said, with 6e Wi-Fi routers coming soon, we’ll get to use 6GHz frequencies.

How do mesh networks work?

Instead of using a single wireless device to broadcast an internet signal across your workspace, mesh uses multiple units or nodes. The nodes offer fast speeds and work to give individual spaces in your home or office enhanced connectivity and stability.

WiFi extenders do not diminish the service from your ISP. Instead, it simply amplifies the wireless network to a broader range.

STAT: According to a 2018 survey from the US Census Bureau, 92% of all American households had at least one type of computer. (source) 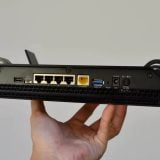 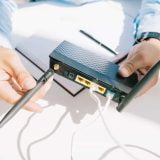 How to Change Firewall Settings on a Router 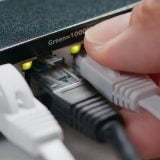 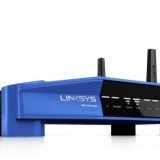 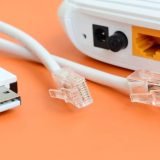 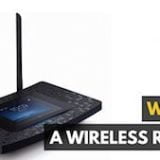