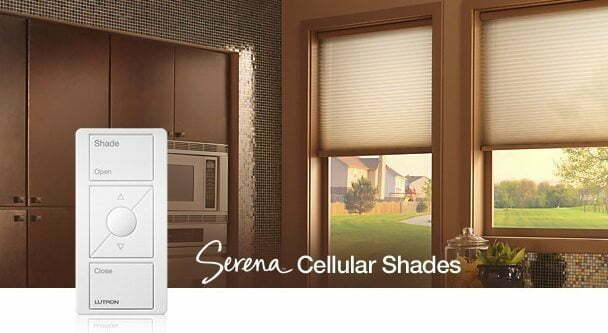 In the realm of home automation, it seems like you can get pretty much anything.  I personally have reviewed automated cameras, door locks, lights, and thermostats – but there is so much more out there.  We are really starting to approach the level of tech inside of our houses that you can see on older shows (yes, even cartoons) like the Jetsons.  Houses where everything can be handled and managed by the push of a button are coming, and because of the serious influx of new products, they won’t only be for those with unlimited bank accounts.  The next product on my list of automated things in my house – window shades from Lutron. Once you’ve got these blinds, take a look at the best LED strip lights to make your home’s lighting soft. You can take this lighting outside with the best waterproof LED strip lights too. This produce can now be included into the list of best smart home devices.

When thinking about something high tech in your house, shades are probably one of the last things you would have in your mind once you’ve gotten the essential furniture and devices like the best smoke and carbon monoxide detectors, but these could certainly be going in the right direction to change that.  The thing with these though, is that the “automation” feature of them is only one selling point, and they are pretty phenomenal without that. These are among the best window shades on the market because of their combination of style and convenience.  So before I talk about that, let me get into the design aspects of the shades first. 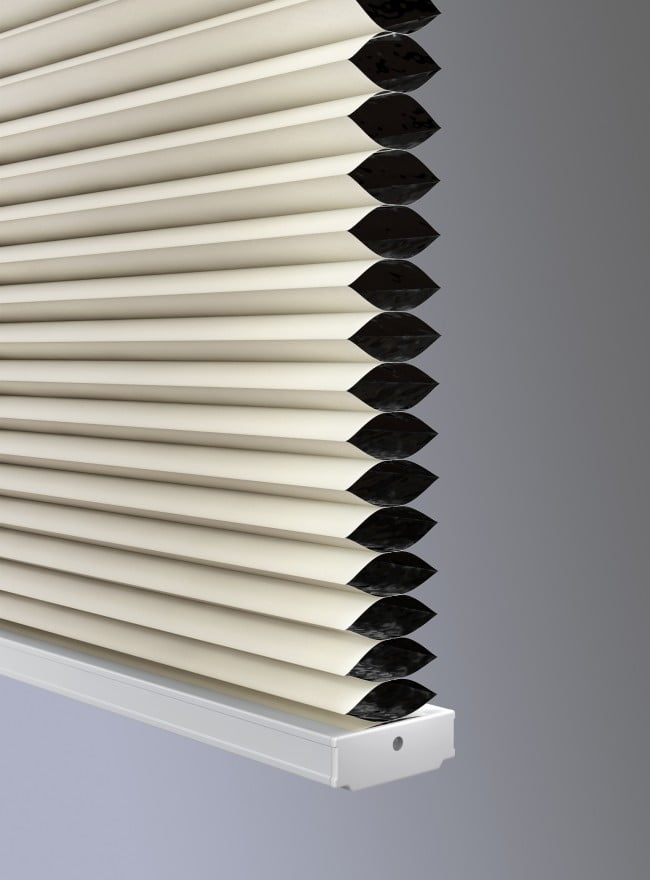 When choosing which type of shade you want, there are four distinct styles that you can choose from – while I can not comment on three of them (because I did not get sent them), I can talk in depth about the fourth.  The first three are single cell light filtering, double cell light filtering, and single cell sheer – the final fabric design in the single cell room darkening.  I have seen things called “room darkening” before, and while they might mute the light they in no way make a room dark (I have some shades in my son’s room that are like this) – the Serena Shades room darkening shades are nothing like those other ones.  Quite simply, they let zero light through when they are closed. Ever tought of have smart devices outside your house? You can now water your lawn with a smart hose that allows you to save water, time, and money. Click our Orbit b hyve smart hose faucet timer review for more details. 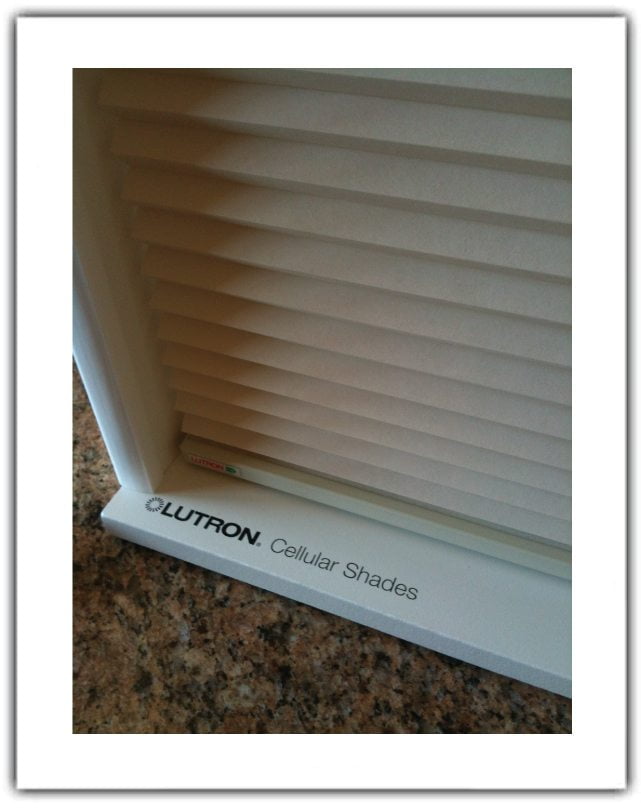 Before my significant other decided she wanted these shades for the living room and dining room, I had them installed in the two windows in my office room (unfortunately for me all of the windows in our house are the same size).  When I had the shades down, the room would be pitch black even during the brightest part of the day.  It was really amazing to me, because as I said I had tried too many other crappy room darkening things with no results.    The important thing when you get a pair of these though is to ensure you measure the exact way they tell you in their guide, because I can imagine that being off just a little bit would render the whole room darkening thing null and void.  A little light sneaking around the edges will ruin the whole effect.  Following the guide is easy though, and they have made it pretty much fool proof so that everyone can enjoy these without having to hire a contractor. 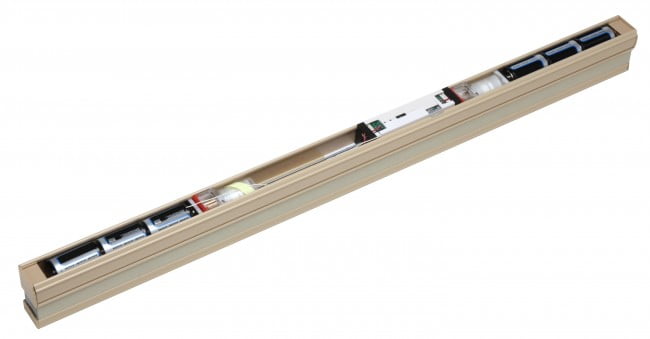 Not having to hire a contractor also comes into play with putting them up.  Now I know that installing shades for your windows usually is not any kind of major construction, but these are so easy to put up that you might forget how fancy they are.  A few screws then clip in the housing and you’re done – nothing to mess with.  You do need to remember to put the batteries in though (somehow I forgot to do that on the first set I put up) – six “D” cell batteries for mine, but they vary to either four, six, or eight (there is a plug in power adapter you can get, but I did not have one).  Lutron says that with normal use the batteries will last for three years; obviously I can not say anything about this as I have only had mine for a few months, but I have not seen any loss in battery power so you can take that for what it is worth. 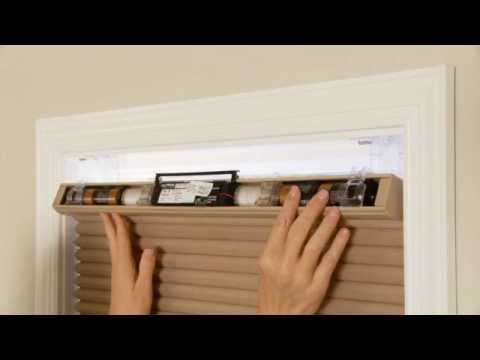 Now we come to the part that you have been waiting for – the automation.  It is a great thing to be able to walk into a room, hit a button, and enjoy opened windows.  Messing around with normal mini blinds are a pain in the ass – trying to get both sides up evenly can be a chore, and I have had plenty of pairs have the mechanism that controls the tilting break.  With the Serena Shades though, there is no reason to worry about that – everything is taken care of with that remote.  Now there obviously isn’t any tilting like on a mini blind, just up and down; but you can stop them wherever you would like.  I was only sent one remote, but it controlled both shades easily – since we moved the shades to the living and dining rooms, I have actually been looking into buying another remote as right now both shades go up and down simultaneously.  It is easy to pair the remotes though by just hitting a button on the remote and corresponding shade – almost like pairing up a Wiimote. Would you like to entertain your guests as they wait for you to open the door after ringing the doorbell? You can play them some great songs. What’s the best approach? For more details, check out our Swann mp3 doorbell swads doorch review.

The only real downfall here is how the remote functions.  Say you set up an entire house with these shades – you would obviously need a remote for each room.  What if you had a room with a number of windows though, and you wanted to be able to control shades independently in that room; say you have windows on three sides and you wanted to close one off to watch television.  Well then you would need a separate remote for each window in that room – you can obviously see how this could not only get to be expensive, but also clutter your house with these little remotes.  I am sure that Pico (the remote makers) can work something out for situations like that – but there is not anything out for that yet.

The Bottom Line:  The Serena Shades are a great way to bring your house into the future for a moderate expense – if you have a complex window arrangement though, you may need to think about multiple remotes.

There are a number of pricing options and variables, but the cheapest you can get the room darkening sets for is $319 from their site. 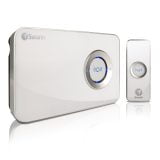 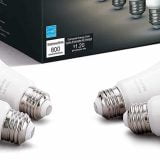 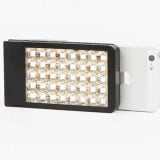 Control Lighting Wirelessly With Your Phone Using The Kick Light 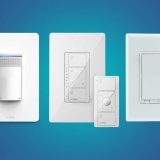 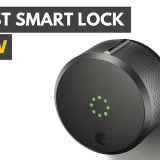 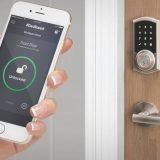