The best kid’s toothpaste deserves the best brush. Is this one worthy? In our quest to find the best electric toothbrush, we have our next review. Almost since their inception, sonic toothbrushes have been released into two distinct categories: expensive and powerful, or cheap and useless. So does this make the list of top-rated electric toothbrush?

This is because the machinery required to make the sonic “non-contact cleaning” effect work usually costs well above the same parts you’d see on an oscillating model. This meant that the gold-standard brushes like those released by Phillips under the Sonicare brand were often out of the price range of your average brusher. For the rest of your home grooming, you should also read our review of the TiTweezers (are the strong, long lasting, hypoallergenic tweezers you’ve always wanted).

But now the BURST sonic toothbrush is looking to change all that with its discounted price, subscription-based brush head sales, and dentist-recommended distribution scheme. But does the brush live up to the hype? Read on in my BURST Sonic Toothbrush Review to find out!

Summary: The BURST brush makes a lot of promises and offers a cheap subscription model for head replacements, but fails to deliver where it really matters: cleaning power.

The BURST brush is a brand new sonic toothbrush that just went on sale late last year, and as we’d expect with a product this new it also features many modern design accents that set it apart from the pack.

The BURST has a sleek feel in the hand, with just the right amount of grip thanks to its diamond-latticed bottom. The BURST comes in either white or matte black color schemes, and has three setting LEDs draped down the front.

The charging station is about as minimal as it gets, utilizing a perfectly square holder that doesn’t take up much space and plugs directly into any USB port or the included USB wall-block. The one neat innovation here is the removable cover that sits on top of the charging unit itself, designed to catch any drips or leftover toothpaste and can be easily washed independently of the charger or thrown into the dishwasher for quick cleanup. Take a look at our Waterpik Complete Care 5 0 review.

The BURST features three brushing modes (whitening, sensitive, and massage), as well as a quadpacer timer that vibrates every 30 seconds to let you know to change to another section of your mouth. It advertises around four weeks of usage on a single charge, which is just about standard for this type of brush in most testing scenarios.

The BURST’s primary selling point is that it offers a professional-level clean for a pauper-level price, fueled by a motor that achieves up to 33,000 sonic vibrations per minute. The rub of the whole thing though?

The comparatively priced Philips Sonicare ProtectiveClean 5100 nearly doubles that output for the exact same price as the BURST with its own 62,000 VPM motor (and the Philips comes with a pressure sensor too).

As we’ve done with all the electric toothbrushes tested here at Gadget Review, to find out just how much cleaning power the BURST has we stained an egg in coffee for a week and then ran the brush along the shell for 30 seconds to simulate one quadrant of a brushing cycle. We also used the brush ourselves to get a more subjective feel of how clean our teeth felt before and after using the brush, and in both these tests the BURST fell totally flat on its face.

Normally we would include two pictures above, representing the before and after results of how well the BURST did in the egg test. But we only needed one this time around, because even after extending the brush time an extra 30 seconds there was literally no difference in how the egg looked after we were finished.

More dedicated readers might know that during our tests for the Electric Toothbrush roundup we almost always saw improved results from oscillating brushes compared to the sonic variant, but even then at leas the sonic brushes we tested then did something.

Similarly when brushing my teeth with the BURST I couldn’t really even tell if it was working beyond what you’d get with a standard non-electric toothbrush, most likely due to the fact that its motor — despite being touted as a great deal for the price — was less than half as powerful as the competition in this price bracket.

While I was excited to try out the BURST and was interested to see if it could deliver on all its promises, I was sorely disappointed to find that it barely even made a dent in my dental hygiene, and couldn’t even scratch the surface of our coffee-stained egg.

Ultimately there have been studies which prove that if you’re shopping on a budget you’re always going to get more cleaning power out of an oscillating brush than a sonic brush, and as we mentioned above this is simply down to the cost of parts to bring each type of brush to their full potential.

If you’re determined to go the sonic route and have $69.99 to spend, you’re much better off going with the 62,000 VPM motor found on the Philips Sonicare ProtectiveClean 5100 (plus you don’t have to sign up for any subscription models which charges $6.00 every three months to replace the head). BURST is merely a case of sleek design and nonsense marketing, and very little innovation to be found on the actual product itself. 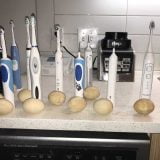 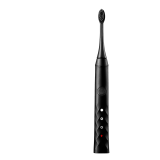 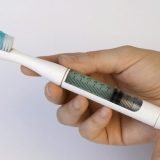 Twist and Brush Toothbrush Concept Forces Toothpaste Through Your Head 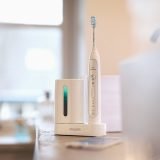 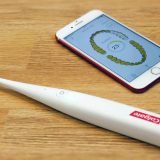 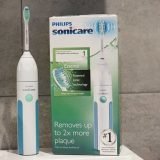