My neighbors put up with me because, on occasion, I help them out with their home theater problems. But I drew every askance look possible when the two guys wheeled this 82-inch HDTV over to my doorstep. Because it’s big — really big. And that’s without the box, even. So say hello, gorgeous — or should I say, Mitsubishi’s Diamond 842 82-inch 3D DLP Home Cinema TV. Not sure what to look for in a new TV? Start with our 4K vs 1080p article. Then, look at our best TVs list. If you aren’t sure what this TV offers, you can learn more about the display technology used with our page on what is a DLP TV.

Start with the obvious — the big screen. Those who tell you that size doesn’t matter are wrong! Heck, you’re impressed even before you turn the set on. For more very large TV options, you can check out the best 80-inch TVs. Alternatively, you can check out a slightly smaller TV at 77″, with our OLED77CXPUA review.

It’s fair to say you won’t be mounting the Mitsubishi Diamond 842 82-inch 3D DLP Home Cinema TV on the wall — although its size may fool you at first glance into thinking it’s a projection screen. Get a decent TV table rated to handle 150+ pounds, and you’ll be fine. If you prefer a 65″ TV, open our LG UN7300 review. Alternatively, if you plan on mounting a TV in the future, you can read about how high a TV should be mounted.

Looking at the back finds all the inputs/outputs placed in one area — there are no controls on the sides, although a series of tabs control basic functions and is located at the lower right side (forget this and use the remote instead). It’s suggested that you plug in all the connections prior to plugging the Mitsubishi Diamond 842 82-inch 3D DLP Home Cinema TV in for power. You’ll also find the option of renaming the connections as the Mitsubishi will name them for you and not always be correct (it thought the HDMI connection coming from my amplifier-cum-switcher was a Blu-ray player). But getting back to what is there, you’ll find pretty normal stuff. For inputs, there’s the expected coaxial for a cable box or external antenna, 4 HDMI inputs, a combo Component/Composite, an Ethernet port (want wireless? get the optional adapter), and 2 USBs, with 1 handling pictures and music (although the difficulty of reaching it is pretty difficult to get to due to its location most of the time, as I found out). Outputs are audio-driven: a digital optical out, surround sound pre-outs, variable subwoofer out, and analog stereo RCAs.The exception here is that there’s a 3D emitter output. This is a nice touch from Mitsubishi since it means that 3D glasses using infrared beam technology can also be used (optional purchase required). For another 3D option, read our LG LA7400 55” Cinema 3D TV with Smart TV review. Additionally, if you are curious, you can out our article on how 3D TV works.

The screen is evenly lit end to end, and the angle of viewing is what you’d expect from an HDTV these days in general — meaning about 170 degrees for those looking to do a measurement. What this means in “real life” is that you don’t have to be dead-on to the screen in order to see a bright and colorful image that is not losing any of its clarity. And considering the screen’s size, you might feel like you’re in another county once you’ve walked that far over.

Here’s another thing: I agree that DLP tends to provide a much more fluid and consistent “view” than LCD. I have no complaints about the resolution of the image — 1080p looks excellent, as does lower HD resolutions like 720p coming from a TV broadcast service, external antenna, or Blu-ray player — and up-conversions look better than you’d expect. Just don’t count on the up-conversion to make standard-def fool your eye these days — HD has pretty much spoiled us, for sure.  And no surprise that it takes a good 15+ seconds for the Mitsubishi to come up to speed — it IS a digital light projection system, after all. And one that generates heat, so make sure there’s good airflow around it.

Breaking down for 3D viewing specifically, the Mitsubishi Diamond 842 82-inch 3D DLP Home Cinema TV uses active technology, which means that you are wearing liquid-crystal glasses as an emitter inside the display does the syncing. As usual, a bit of adjustment of the glasses and time spent getting used to them is needed — due to the weight derived from the electronics and batteries inside — but this is not onerous by any means (Mitsubishi doesn’t supply any pairs with the display). Again, you do not need to be dead-on to the screen in order for the 3D effect to be evident, although realistically, the farther at the edges you get, the less the effect is visible. I ran my old standby, Toy Story 3, and it looked splendid in 3D. True, that’s partly due to the purer color palette animated films can provide, but remembering my old days in New York and the itsy-bitsy screen that a not-named theater in Greenwich Village turned into 2, this was so much better on every level imaginable from the perspective of a viewer. I’m hoping Mitsubishi lets me keep this until the Avengers come out so I can see it again, only this time without the crowds and the stickiness under my feet. Also, check out our OLED65E8PUA review.

Audio is pretty impressive since the sheer physical size of the Mitsubishi Diamond 842 82-inch 3D DLP Home Cinema TV allows for more than just a few speakers to be placed below the display. In this case, we’re talking about 16, being driven by 32 watts of power (compared to most HDTVs, that’s like the Hulk compared to Chicken Little). For practical purposes, it IS a soundbar. This makes the sound much denser than that found in a typical flat-panel HDTV, and for many, it will work well as a substitute for an amplified speaker system. And the surround sound effect is less psychoacoustic than you might think due to the number of speakers that are able to direct their audio streams around the room and then to you (Dolby Digital Plus doing the honors here). A microphone is included for having the Mitsubishi automatically adjust its audio to the room it’s been placed in too. But should you choose to do so, an external audio system (i.e., amplifier and speakers) can be selected, with the Mitsubishi’s audio system turned into one big honking center channel. Connecting a pair of external rear speakers is baked in as well.

The Internet connectivity is as expected. Called StreamTV, you can access websites like Netflix for streaming video and Pandora for audio, among others. The big deal is VUDU (must pay for its use) because it has the capability of transmitting high-resolution video to the display(providing your Internet connection has the “oomph” to handle this, along with the other vagaries of an online connection that can cause despair). Had Mitsubishi left “smart TV’ capabilities out, I’d be complaining since it has to be in the hardware. That they didn’t go this negative route, I can say it all works as it should, and there’s nothing to nitpick about it.

Having had enough time to enjoy using the Mitsubishi Diamond 842 82-inch 3D DLP Home Cinema TV, I can say a few things with fair certainty: the main thing being that a DLP system does require a bit of tweaking as regards the contrast, compared to that of a LCD flat panel. Now don’t get me wrong, the contrast the Mitsubishi Diamond 842 82-inch 3D DLP Home Cinema TV puts out, in general, is fantastic, but it’s a bit more than you’d want, at least I would want. So by tweaking that down a bit, I satisfy my needs. I also cooled off the color temperature (set to High by default) as that is my preference.

Of course, a strong contrast works well in many visual environments, such as when I played my HD recording of the Olympics opening ceremony. To talk about the sheer size of the Mitsubishi Diamond 842 82-inch 3D DLP Home Cinema TV and how it affects your viewing doesn’t work — you have to see it for yourself. Think: projection screen with greater contrast and a brighter image.

Another area where screen size really counts is in watching 3D — not just because more than one person can see the view without having to be dead-center to get the 3D effect, but because you need “big” in order for the 3D to emphasize itself. Similar to what I said above re: the Mitsubishi versus a projection screen applies here as well; you’re getting the larger view without the light loss that most front projectors end up causing (especially if you use that $ saving “economy” light mode).

The Perfect Tint and Perfect Color options let pretty much anyone adjust the display to their particular viewing tastes — at least as far as color goes (the Advanced feature is geared for professional installers and shouldn’t be bothered with unless you REALLY know what you’re doing). I’m pleased with the level of personalization you can attain using these two modes, and I appreciate that the Mitsubishi has them. Check out our page on other great Mitsubishi TVs to see what else they have to offer.

A DLP (digital light processing) system can’t handle blacks as well as Plasma, does, but compared to those LCDs I’ve been seeing recently (which are pretty good, actually), it’s pretty close.

Bottom line: The Mitsubishi Diamond 842 82-inch 3D DLP Home Cinema TV gives you a “smart TV” that has 3D capabilities and the expected “bells and whistles” found in today’s models — at a $3699 retail that is many times more affordable than what a 42-inch panel first cost back in the day. But it’s the size — the 82-inch screen — that screams out at you for viewing. Those who decry home theater for the movie theater have another nemesis to take on now. Me, I’ll just continue to sit back and enjoy the view. 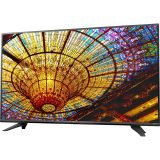 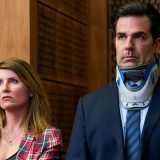 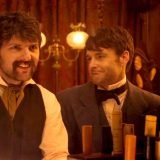 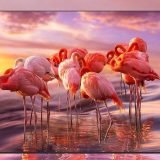 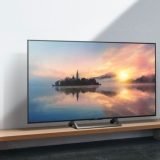 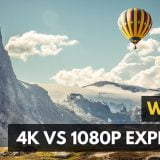