Input Lag on a TV Vs. a Monitor_

What makes for the best TV depends primarily on what function it will serve. A big decision for any gamer is what type of screen to play on. And for those who enter a lot of commands, such as with a game controller or remote control, the level of input lag is crucial to creating an optimal gaming experience. And this need is why it’s essential to know the difference between input lag on a TV vs a monitor.

What is Input Lag?

Understanding input lag is simple. It’s the measurement of the time it takes after pressing a button to see the effect play out onscreen. This measurement isn’t a huge concern for those using TVs to stream content and view movies. But for those into console gaming, poor input lag can be infuriating and costly.

To prevent OLED TV screen burn, turn Screen size has little influence over input lag. But a larger screen may be less likely to come with a game mode.

Typically, TVs and monitors for gaming should have 15ms or less input lag. Also, the TV size vs room size is another important area of consideration because viewing distance and screen size can sometimes affect a gaming setup.

Differences Between TV Response Time vs a Monitor

So is there a right choice between gaming monitors or TVs when it comes to input lag? The answer is usually pretty straightforward. Many monitors are built with gamers in mind, so they do better than TVs in this area. However, there are things that TV manufacturers have been doing to catch up, and we’ll go into some of that later. But if you’re looking into getting a TV screen and are interested in understanding resolution quality, it’s good to understand the differences between full HD vs HD-ready.

TVs are a little slower in input lag time because they process frames more thoroughly than monitors. So for gaming purposes, TVs are usually poorer than dedicated gaming monitors. Another helpful thing to know is that monitors usually also have a better refresh rate and faster response time. These aspects are essential to consider when looking for a screen with gaming in mind.

There are certain features to check for when deciding on a TV or monitor for console games. Many TVs now come with a game mode; this bypasses thorough frame processing and lowers input lag. It’s important to remember that game mode is sometimes only available on specific input options. Also, not all TVs offer this setting, but it’s becoming more widely offered.

Similarly, monitors sometimes have a setting called ‘low input lag.’ So if you choose to go with a monitor and are having issues with lag, be sure to check for this setting.

Is Input Lag the Same as Response Time?

Are big TVs bad for gaming?

Big TVs are less likely to come with game mode options, making them less ideal for gaming. But this isn’t always the case.

How is Input Lag Calculated?

Input lag is the average time a signal takes to go from the remote control to the TV.

STAT: An input lag of below 30ms is considered average and generally unnoticeable for typical TV purposes. (source) 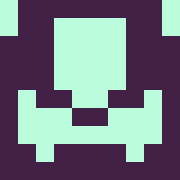