If you have been experimenting with your network setup, you may wonder what is 5G on a wireless router. The best routers, after all, tend to include multiple bands, 5GHz being one of them. Why would you use 5G, how do you access it, and what are other details you need to know about the band? Keep reading to find out.

What Does 5G Mean on my Router?

5G on a router refers to the 5Ghz wireless band. This band operates from roughly 5.1GHz to 5.8GHz and is generally considered a marked improvement over the previous wireless standard, 2.4GHz. Most modern routers tend to include options for both 5GHz and 2.4GHz connections, however, some older models will only allow access to the 2.4GHz band.

Due to the increased wireless range, the 2.4GHz band is great for smart appliances and other devices that only connect to the Internet sporadically.

Even though 5G connections have become the wireless network standard, with 6G on the way, the older 2.4GHz band still has its uses. For instance, a 2.4GHz connection tends to offer a longer range than a 5GHz connection. If you are struggling with range and wondering how to use a router in bridge mode, perhaps switch to 2.4GHz and see if that solves the problem. On the other hand, you might want to invest in a cellular router, such as the Peplink or Cradlepoint units.

Benefits of 5G Wireless Band on a Router

The primary reason folks tend to opt for 5G over 2.4G is that the former offers a speedier Internet connection. This makes this band the perfect option for mobile devices that require speed, such as personal computers, laptops, and even smartphones. Video game consoles are also fond of this uptick in speed.

Many modern devices are made with 5GHz connections in mind, so you’ll find robust integration with newer video game consoles, laptops, and smartphones.

How much does 5G home Internet cost?

This depends on your Internet service provider and what frequency bands they offer. The 5GHz band and 5G Wi-Fi can be more expensive when it comes to wireless connectivity.

Do I need to have a landline in order to get 5G home Internet?

In most cases, WiFi frequencies distribute via a cable or coaxial connection, so no landline is required to experience increased download speeds for wireless devices and full connectivity to a mobile device like baby monitors.

Will weather conditions, such as rain or wind, affect 5G home Internet service?

Sure. The Internet service is tied to cable lines, which are susceptible to weather events. In other words, your WiFi connection and WiFi signals could be interrupted by a severe storm.

STAT: 5Ghz and 2.4Ghz are both frequencies upon which WiFi can be broadcast throughout your home. The 5Ghz frequency can support up to 1Gbps of throughput whereas 2.4Ghz supports up to 600Mbps. (source) 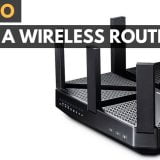 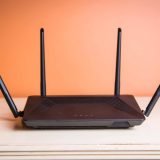 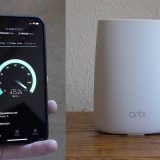 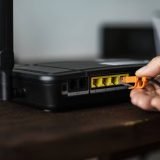 How to Setup Two Networks With One Router 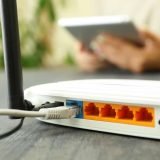 How to Delete a WiFi Network From a Router 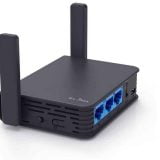