What Gaming Chairs are Used by League of Legends

League of Legends, occasionally referred to as just League, is an extremely popular competitive multiplayer battle arena online video game. LoL has been blazing up the charts since game developer Riot Games officially released it in 2009. Secretlab manufactures top-rated gaming chairs that feature unique and custom designs, which is why most LoL player uses their chairs.

Is There an Official Chair for League of Legends?

There is no official gaming chair for garden variety League gameplay sessions. However, a chair has been sponsored to be used during the League of Legends World Championship. Many of the top competitors in this yearly event can be seen exclusively sitting on gaming chairs developed by Secretlab. As such, the company has developed a number of gaming chairs specifically designed for League players.

Many of the top competitors in this yearly event can be seen exclusively sitting on gaming chairs developed by Secretlab.

There are a number of gaming chairs that have been developed and manufactured by Secretlab for use during League gameplay sessions. These purpose-built chairs offer a number of features and unique benefits.

One of the coolest features behind Secretlabs and the company’s League-inspired gaming chairs is that they feature unique and custom designs that should please any LoL player. The Ionia collection, for instance, allows players to mimic fan-favorite champions like Akali, Ahri, and Yasuo. The Ionia collection includes recreations of these champions’ favorite gaming chairs. These custom-made chairs are available in different sizes to suit different body types, but they do feature a maximum weight limit of 290 pounds. Another custom-made chair worth checking out is the DreamSeat Zipchair, the official gaming chair for Overwatch League.

The Ionia collection, for instance, allows players to mimic fan-favorite champions like Akali, Ahri, and Yasuo.

Not just the upholstery of Secretlab’s chairs tends to feature League-inspired designs. If you purchase one of the company’s custom-built gaming chairs, you will also receive League of Legends accessories. These include branded memory foam headrests and lumbar pillows. The lumbar cushion, as a matter of fact, features LoL fan-favorite character Poro. If you are a true League fanatic, these accessories can be a centerpiece of your memorabilia collection. Of course, these League-inspired chairs can be on the costly side.

Gaming chairs manufactured by Secretlab are highly ergonomic and adjustable, with numerous adjustment points to suit different body types. Each chair includes a 4D armrest, a snug-fit seat base, a robust tilt mechanism, and a tilt lock mechanism that allows the chair to be set in place at numerous angles. If you sit on one of the company’s chairs properly, you will likely see increased overall health with time. However, if a dedicated gaming chair is not what you have in mind, try the Herman Miller Mirra 2. It is an advanced office chair that TimTheTatman uses maybe because it is ergonomic, comfortable, and highly adjustable

How many people play League of Legends?

The League of Legends player count reached a total of 115 Million monthly players in 2021, according to recently released data.

Are gaming chairs good for your back?

As long as the chair has been ergonomically designed and is highly adjustable, it should be good for your back and overall postural health.

What gaming chairs do pro gamers use?

Professional gamers use a wide variety of gaming chairs, though they typically prefer high-grade chairs that have been ergonomically designed. 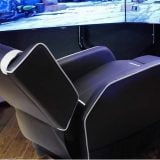 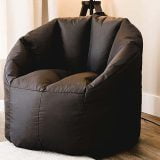 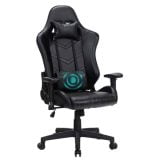 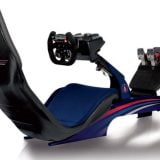 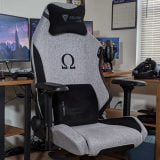 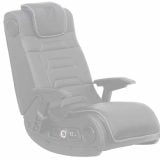