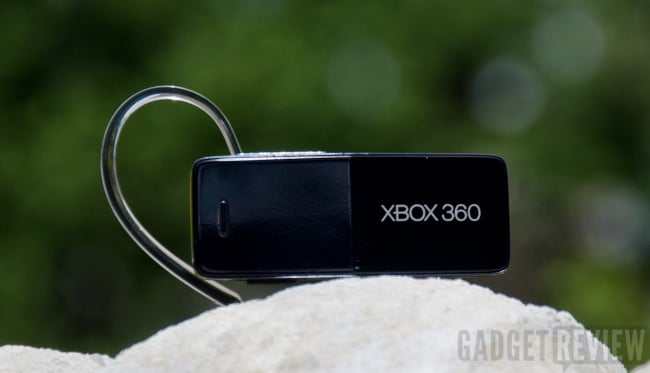 There’s one thing that Playstation 3 gamers have always held over the heads of Xbox 360 owners, and that is headsets. The PS3 supports Bluetooth, so any top-rated bluetooth headset of your choosing will work for both your phone and console. The 360, meanwhile, had only one wireless headset, from Microsoft directly, and it only functioned with the Xbox 360 (or a PC with the wireless receiver). Without building Bluetooth into the console, Microsoft solved the other problem: a multi-function headset.

The Xbox 360 Wireless Headset with Bluetooth is exactly that, a single headset with both Bluetooth and 2.4GHz built into a single device. It’s big and sleek with a glossy finish, and simple with just four buttons and a single switch. Power, connect (with the Xbox controller ring), volume rocker, and the Bluetooth/RF switch. There’s also a tiny sync button behind the earpiece. 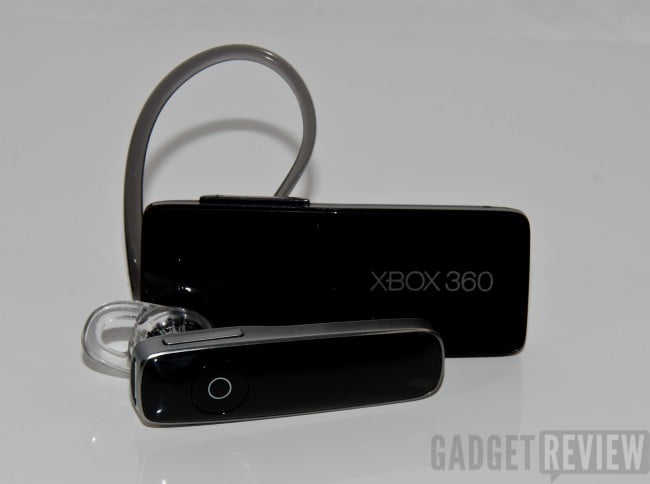 This headset is huge. It’s more than twice the size of the Plantronics Marque M155, though the dark design doesn’t make it stand out obnoxiously, remaining large yet elegant. Until fingerprints collect on that glossy surface, that is. The large size poses another problem, one unique to most headsets: the earpiece is made to wear outside the ear. This design choice is good for gaming – after all, in-ear headsets block sound on the side they are worn on – but for standard use has no noise cancellation. Considering that the Wireless Headset w/Bluetooth is designed to work for and outside of gaming, this may prove too much for some consumers. That said, you can check out our Sennheiser Presence-UC review for a much compact bluetooth headset.

I tested the headset for both phonecalls and gaming, and there are two highs and lows of the device. First, switching between “game” mode and “work” mode is a simple flick of the switch. What makes it great is the coloring on the switch: when set for Bluetooth, the open section of the switch (see picture below) shows blue. When set for gaming, it shows green. I never had trouble between the two modes because of this. Second, the headset can get very loud thanks to the larger earpiece, and likewise has fairly good battery life. With on and off use I’ve managed a week of use before charging, playing on my Xbox 360, Playstation 3, and for occasional phone calls.

The lows may be the bigger worry. Once again, the size is a limiting factor because the it’s heavy. If you have sensitive ears and generally find Bluetooth headsets uncomfortable, this one will fare worse than most. I found it uncomfortable to wear after 30 minutes of continuous use, but then again I need very light sets. The second, again, is that the earpiece itself sits outside the ear. This makes the headset almost always feel like it’s sliding off even when perfectly stable, and not offering the level of comfort and security found on the traditional Wireless Headset or typical Bluetooth headsets.

Sound quality is excellent, which comes as no surprise considering the bulky design. Players and call recipients heard me clearly, and their voices came through just as clear. You may also want to go through our FimiTech Wireless bluetooth headset review for a headset with noise cancellation features. 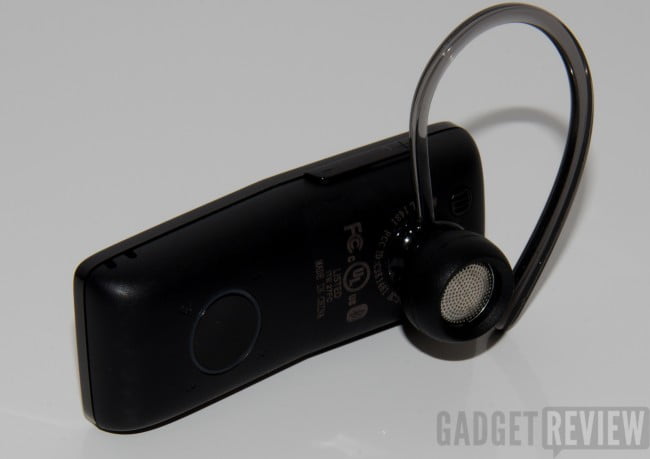 The type of user who would be most interested in the Wireless Headset with Bluetooth is someone who owns multiple consoles and plays on both online, or someone who has a workstation that seats both consoles and a computer. The headset is made for the multi-tool user, the kind of person who is connected in multiple ways at once, through as many platforms as it takes. Playing on a PS3, 360, and switching between my iPhone, desktop computer, and a handful of Android phones was a cinch. Not only because most of the devices sit at one place – my workstation – but because the headset never leaves. It charges via MicroUSB like my wireless mouse, and remains on my desk with a small pile of regularly used peripherals. It’s the perfect multi-use gaming headset.

I’d prefer something smaller and lighter, because I personally don’t like heavier headsets, but even then Microsoft’s design is very solid. I recommend it to all but the most sensitive-eared users, and not to anyone who wants to just use it for telephony. The Wireless Headset with Bluetooth is made to be worn while still, seated. Not while walking about. The only thing that’s missing is a charging dock, which I’d gladly keep on a coffee table or my workplace to keep things tidy and organized.

Bottom Line: The Wireless Headset with Bluetooth is an excellent option for multi-console gamers who play in one space. Great for gaming, not good for walking around on the phone with. Bulky, with good battery life. 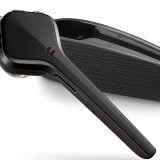 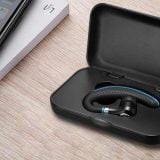 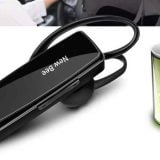 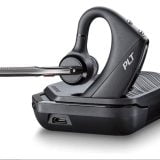 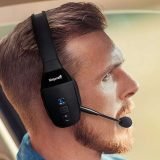