Who invented the hoverboard?

The hoverboard craze has largely calmed down over the last few years, but if it weren’t for one man, it may not have ever come. The technology, though, is evolving, and the first man to cross the Atlantic on a hoverboard will the Charles Lindbergh of his era.

So who invented the hoverboard?

Shane Chen is credited with creating the first-ever working hoverboard with Hovertrax.

Chen’s origins start in China, where he was born and grew up in Beijing, before emigrating to the US in the 1980s. While still in China, Chen gained a degree in agricultural meteorology, which led to his first business here in the States.

When landing in the US, Chen created his first business. This was for CID, Inc. and was intended to create different instruments for plants and agricultural research.

Fast forward 21 years and Chen was moving on to inventing products for consumers. Inventist, Inc. was Chen’s next venture, and the AquaSkipper watercraft was his first big adventure.

This is where the hoverboard begins taking its shape. The watercraft really opened the door for Chen, as it then led to a three-wheeled scooter, which was licensed to RazorUSA.

Before moving forward with his idea for a hoverboard of sorts, Chen took a break to create the Solowheel. This is a self-balancing electric unicycle, which takes advantage of multiple gyroscopic sensors in order to balance properly.

The original hoverboard brand name was a simple prototype. This prototype was named ‘The Purple Board,’ and although it was a failure, it opened the door for the hoverboard we know today. Instead of placing the wheels beneath the rider’s feet, Chen opted to move them to the outside of the board.

Making this change would make it possible for both the ability to ride inside, but also outside, with little to no issues. From there, the Hovertrax was born, and the first “hoverboard” was made available to the public in 2013.

In 2014, Chen was granted the patent for the Hovertrax, giving Inventist the rights to the design of this specific type of hoverboard. Since then, there have been quite a few different copycats, which Chen and his company continue to battle against today.

These copycats have primarily been manufactured out of China and led to a mass recall back in 2015. Those looking to save a few bucks bought these inferior products and found that they would catch on fire.

The Consumer Product Safety Commission got involved, and issued official recalls on many products after they were found to be unsafe. Since then, many retailers have added stipulations to their requirements, which suggest that no hoverboards can be sold that fall under the recall.

Now that the Hovertrax has been created and is available for sale, Chen is continuing to move forward. His company’s latest product is the IOTAtrax, which is a single-wheeled ridable. The IOTAtrax is capable of traveling up to 10 mph and works regardless of whether you’re inside or outside. Plus, consumers will be able to see the hoverboard charger prices fall as these newer models come into production.

It will definitely be interesting to see where Chen goes from here, but his eyes are on the sky. While it’s unlikely that we’ll see a true hoverboard (like the one in Back to the Future), it’s possible that Shane Chen could be the mastermind behind it all. 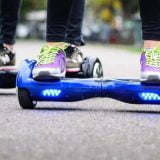 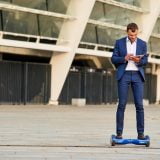 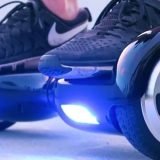 New Law For Hoverboards in 2022 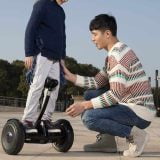 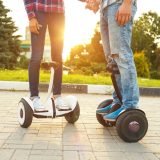 How to Win a Free Hoverboard 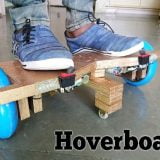 How To Make A Hoverboard That Actually Works