Where Can I Fly My Drone?

If you are new to the world of unmanned aircraft, you may wonder where can you fly a drone. Even the best drones, after all, experience some restrictions when it comes to appropriate places to fly. You’ll also want to know where to register your drone before flying. If you don’t plan on flying outside, you might like our list of the leading indoor drones. So where can you fly a standard recreational drone and what rules and regulations have been set in place by the FAA and other entities? Keep reading to find out.

If you are unsure about a particular location, check with a local regulatory agency to inquire about drone flights.

Where Are Drones Allowed to Fly?

In most cases, you do not need a license to fly a drone, but there are some restrictions based on where you can fly it. Here are some good rules to know before taking your drone out.

Due to a relatively recent federal mandate issued by the Federal Aviation Authority, otherwise known as the FAA, you must keep your drone in your line of sight when you fly it. What does this mean? Whenever you are operating a recreational drone, you must be able to see it when it is flying. Once it gets out of eyesight, you should engage the “return home” function so that it comes back to the controller/transmitter. This rule is set in place to prevent accidents with other aircraft.

The TSA, on the other hand, has issued the 400 feet rule. This regulation dictates that a drone may not ascend beyond 400 feet high. This has quite an obvious reason, as anything higher than 400 feet potentially interrupts airspace reserved for other vehicles, such as commercial aircraft.

Though drones can fly over rivers and local parks, federally recognized national parks are off-limits. This is to minimize the impact on these preserved areas. The same goes for large sporting events, so don’t set your drone to fly over your local football stadium. You can’t get a free view of the game like that, unfortunately. No one would be able to hide from a drone then. However, boardwalks, lighthouses, and smaller national forests are all game.

The areas surrounding airports are off-limits, but there are ways around that. The FAA offers online applications to allow drone flights near, though not actually in, airports.

Before flying anywhere, your drone must be registered. Find your drone’s serial number and hit up the FAA’s web portal to start the process. Registration costs five bucks and it lasts three years. Once you have your registration certificate, carry it on your person whenever you fly our drone.

Can I lawfully fly my drone in the US?

Recreational drone users can certainly fly their unmanned vehicles in many locations throughout the United States, though you cannot photograph persons.

Do I have to take a test to fly a drone?

Recreational drone operators do not have to take a test or receive a remote pilot certificate, though they must adhere to certain airspace restrictions or face a temporary flight restriction.

Do I have to register my drone with the FAA?

Yes, unmanned aircraft must be registered with the FAA, though the same is not said for manned aircraft, as these vehicles typically require registration via the TSA.

STAT: Significant development of drones started in the 1900s, and originally focused on providing practice targets for training military personnel. The earliest attempt at a powered UAV was A. M. Low’s “Aerial Target” in 1916. (source) 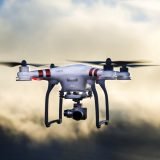 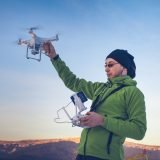 How to Edit Drone Footage 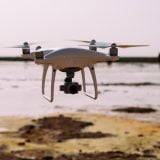 How to Charge a Drone Battery without a Charger 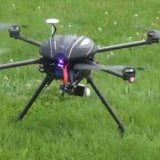 What Drones Are Used in DRL?