What is a Mouse Sensor?

If you are new to the world of computer mice, you may wonder what a mouse sensor is. Even the best computer mouse around includes one of these sensors, as does just about every other available mouse. So what is a mouse sensor, and how does it work? Keep reading to find out.

When you understand the definition of DPI, among other terms, you realize the importance of these sensors. Many modern mice include light sensors that tell the accessory where to move, especially when learning the definition of an optical mouse. As a matter of fact, this technology is primarily reserved for optical mice, though you may have to compare an optical vs laser mouse.

The technology behind the actual sensors varies according to the make and model if you are reviewing the TT eSports Level 10 BWM gaming laser mouse. However, remember that this is for optical mice, so you won’t have to research the best trackball mouse.

How Does a Mouse Sensor Work?

A mouse sensor is typically a light sensor, otherwise known as an optical sensor. These sensors include a suite of miniature cameras that rapidly take photos of the mouse’s undercarriage. These pictures work to give the mouse an approximate sense of location, movement speed, and directional certainty. These cameras are known as CMOS sensors and replace the physical components involved with a mechanical mouse.

When it comes to the world of sensors, you really only have two options. There are standard optical sensors and laser sensors.

This is your standard CMOS sensor which was detailed above. Basically, a regular optical mouse has a bunch of little cameras pointed underneath the accessory. These cameras are constantly taking pictures and feeding that information to the mouse itself and to whatever gadget you are connected to.

Laser mice use laser-based sensors, pairing the mini-camera approach found with regular optical cameras with lasers. These mice still rely on light, but the relevant locational information is obtained by shooting a laser beam below the mouse and measuring that against pre-existing light patterns. This, in turn, tells the mouse where it is, where it is going, and how fast it is headed to get there. Laser mice are considered to be slightly faster than regular optical designs.

How does a mechanical mouse work?

A mechanical mouse uses regular old wheels to maintain movement and not micro-cameras or lasers. These mice excel on glossy surfaces, unlike their optical cousins.

So, which is the better mouse?

There is no "better" mouse type, as it depends on your specific needs and achievable metrics like polling rates. Look for a design that prioritizes accurate mouse movements and high mouse sensitivity. Remember, a wired mouse features less lag than a wireless gaming mouse.

What is the best surface for an optical mouse?

These mice do well on just about any surface except for glass, as glass interferes with the cameras embedded in the undercarriage. Generally speaking, wireless mice, particularly optical mice, are not great on glass surfaces. 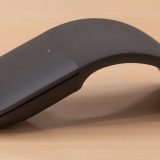 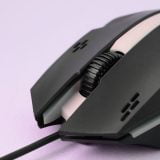 Bluetooth Mouse vs a Wireless Mouse 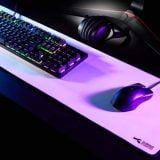 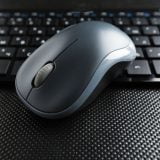 Why Can’t I See My Mouse on my Computer? 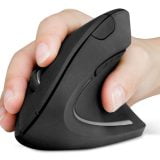