What is a Keyboard?

The best keyboards span a range of different types and styles. They usually come in a standardized keyboard layout, like the prevalent QWERTY keyboard, although this can be changed to match your personal preference or native language.

Some keyboards even allow you to cycle through programs by using shortcuts if you have an active program that will enable it. Even if you don’t have that active program, keep reading to learn more about what keyboards can do for you.

What Is a Computer Keyboard?

Simply put, a keyboard is an input device that lets you communicate with your computer. It’s comprised of a series of keys, switches, and electronic boards and connections. The manner in which it connects to the computer varies. Wireless models usually use a dongle and wireless signal such as Bluetooth, while wired models connect directly to the computer through a cable.

If you live in Western Europe or North America, you’re probably used to using the standard QWERTY keyboard layout, which was invented and patented by Christoper Latham Sholes in 1867 for use on the manual typewriter.

The QWERTY layout uses the Latin alphabet and has a few standard buttons, like the CTRL, ALT, or function keys. Besides, QWERTY, other layouts include (but are not limited to) AZERTY and DVORAK. But for more information on standard keyboards, read what a QWERTY keyboard is.

For more advanced users, a keyboard doesn’t just allow you to type. In fact, it will enable you to skip clicking the mouse button and use shortcuts that you program yourself.

You might be surprised to learn that there are all sorts of different types of keyboards on the market. While most people are only aware of the typical QWERTY keyboard layout, many languages do not use Latin characters.

Even though a wired USB is the most common input method, you can purchase wireless keyboards that save a lot of desk clutter.

Because of this, you can find a keyboard layout with any input language that you need. Whether it’s a Japanese or Chinese character or something else entirely, there’s a keyboard for that. In fact, Asian keyboards are quite popular.

Beyond the key layout, their keyboard types differ in other ways. Below is a very short non-exhaustive list of select keyboard types, but there are others not listed here.

An external keyboard is what comes to mind when you think of a generic, physical keyboard. This is the most common type and comprises a case, key switches, and other electronic components.

If you want to hear a satisfying “click” every time you hit the menu bar, enter key, or any other button on your keyboard, mechanical models are the way to go. They are known to be highly durable and a preferred choice among gamers and programmers. For more information, read our article explaining what a mechanical keyboard is.

Also known as rubber dome keyboards, these comprise the most common type you’ll encounter in offices and homes worldwide. They are quieter than mechanical keyboards and are far less expensive. However, they’re also less durable. For more information, read up on what a membrane keyboard is.

Virtual keyboards often suffer from glitches and other issues, so consider buying an external model to connect to your mobile device or tablet.

What are the keyboard rows?

Most keyboard users begin by learning what’s affectionately called “the home row.” The home row on a standard QWERTY keyboards consists of QWERTYUIOP. The second row has ASDFGHJKL, and the final row contains ZXCVBNM.

Is a keyboard considered an input device?

Keyboards are considered input devices. This is because they only have an input mode and do not receive data.

Is a virtual keyboard better than a physical keyboard?

Generally speaking, most people prefer a physical model over virtual keyboards. This is why there are wireless keyboards that can connect to mobile devices.

STAT: In 2020, approximately 0.86 million portable keyboards were sold in the United States. (source) 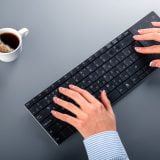 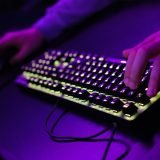 How to Clean Under a Macbook Keyboard 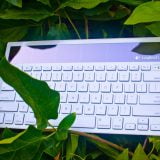 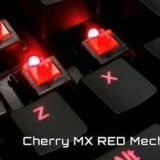 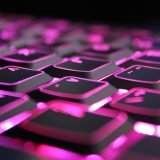 What Is a TKL Keyboard? 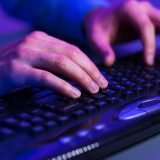 How to Build a Keyboard