What Does a Magnetron Do in a Microwave?

If you are attempting to understand the inner workings of your kitchen appliances, you may wonder what does a magnetron do in a microwave. The best microwaves, after all, all seem to feature this mysterious component. Keep reading to learn all you’ve ever wanted to know about magnetrons, microwaves, and cooking.

What is a Magnetron?

The magnetron, otherwise known as the resonant cavity magnetron, is essentially the main component of a microwave. It is an oscillator that emits electrons from a hot cathode, generating an electric field in the process. All microwaves feature a magnetron of some type, as it is the primary method of cooking.

How Does a Microwave Cook Food?

No matter if you are wondering how to heat cold pizza or how to use a microwave steamer, you will engage the magnetron. Once the magnetron has been engaged, heated electrons are released into the cooking chamber and your ingredients will begin to heat up. Microwaves tend to cook ingredients from the inside out, which is why you will occasionally run into recipes that are cold on the exterior and heated through the interior.

Who Invented the Magnetron?

The magnetron, and thus microwave ovens in general, were invented during the 1930s by Dr. Albert W. Hull. Dr. Hull’s system of magnetrons, heated electrons, and oscillators make up the basic design of even newly released microwave ovens, some 80 years later. Though it must be noted, Hull’s magnetron design was not outfitted for kitchen appliances until the 1960s when the concept was further refined by Rudy Dehn at General Electric. Dehn is largely considered to be the inventor of the microwave oven, with an assist from Hull’s magnetron technology.

What Other Components Make up a Microwave Oven?

Besides the magnetron, a modern microwave oven contains a plethora of other advanced features and components. There are various timers, a turntable motor, and even sound-generating engines, to create beeps and alerts to let you know when your food is ready. This can come in handy, or you may be sick of the beeps, in which case you should learn how to mute a microwave. You may also want to learn how to disassemble a microwave, how to clean a burnt microwave, and where to donate a microwave.

If you are attempting to repair a microwave appliance, be sure to wear protective clothing and gloves.

Is it worth replacing a magnetron in a microwave?

The magnetron is the primary component of a microwave, creating microwave energy. Generally speaking, it will be cheaper to simply replace the unit rather than try to fix the magnetron.

What causes the magnetron to fail in a microwave?

The magnetron can fail in several ways, reducing the efficacy of electromagnetic waves released by the unit.

What are the signs that a microwave is going bad?

If your microwave is releasing less microwave energy than before, it could be a sign it is going bad. This could mean the microwave magnetrons are failing, resulting in longer cook times.

STAT: In a microwave oven, a 1.1-kilowatt input will generally create about 700 watts of microwave power, an efficiency of around 65%. (source) 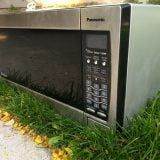 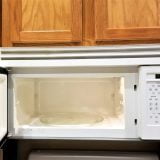 What is a Convection Microwave Used For? 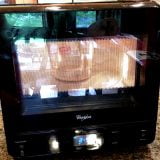 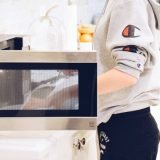 How to Remove Stains in a Microwave 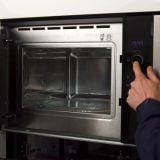 How to Discharge a Microwave Capacitor 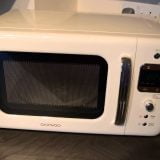