Keeping a top-performing electric scooter charged is an essential part of getting on the road. While the charging process is straightforward for many, you may be wondering, what do the lights on my scooter battery charger mean? It’s good to ask questions, and it’s even better to get answers. This article will clear up any confusion you may have about what these lights are and what they mean for the charge of your scooter.

What do the LED Lights Mean on a Scooter Battery Charger

Electric scooters typically have two wheels and use a push-start mechanism to begin operation.

What if the Light on My Scooter Battery Charger is Solid or Flashing Red?

If the LED on your E-scooter charger is solid or flashing red, then it is working as expected. The charger’s output voltage is suitable, our battery accepts a charge, and all there is to do is wait. If you have an older battery, it might take a bit more time to charge up fully. And you will definitely need a full charge to test the maximum degree slope that your e-scooter can take.

What if the Light on My Scooter Battery Charger is Solid Green?

A green light usually means your battery pack is powered up and ready to go. However, most experts recommend waiting a short period of time after unplugging our cord from the scooter’s charging port. Scooters get hot while charging, so letting it settle for five minutes or so after charging will give it time to cool off. A beginners guide to understanding an e-scooter should answer questions about your battery much better.

Electric scooters typically max out at around 20 MPH, but it is important to understand that this maximum speed limit is typically due to local laws and regulations.

What if the Light on My Scooter Battery Charger is Flashing Red and Green?

These flashing LEDs are usually our scooter’s way of signaling a fault code. A fault code typically indicates an electrical issue with our battery pack or charger. Here’s a quick list of what these flashing lights might mean:

What if the Light on My Scooter Battery Charger Won’t Light Up?

On average, the lifespan of an electric scooter battery is three to five years.

How many times can you charge an electric scooter battery?

Most electric scooters can last between 300 and 500 charging cycles before they start to wear down.

Electric scooter batteries typically last between 2 and 4 years or 3000 to 5000 miles.

Can you overcharge a scooter battery?

Yes. That’s why it is important to remove your power cord from the charging port once the battery is full.

Can you replace electric scooter batteries?

Certainly. In most cases, the process is simple, and it will breathe new life into an older electric scooter.

STAT: It’s the healthiest thing for a battery to be at 100% state of charge. (source)

STAT: If you have not charged your battery for more than six months, it is most likely to be defective. (source) 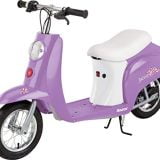 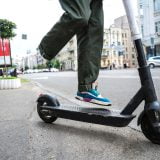 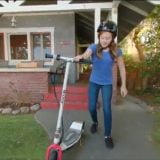 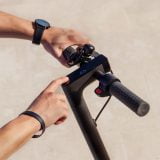 How to Test Electric Scooter Battery 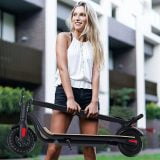 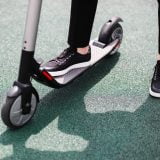 Why Electric Scooters Are Bad