What Are Police Drones Used For?

Police departments all over the U.S. are now equipped with cutting-edge drones. So, if you’re wondering what police drones are used for, we’ll review a handful of common answers for all departments.

Of course, if you’re looking for more general information about drone technology, you may want to look into what an FPV drone is. If you’re a new drone owner or in the market, you could also look into what happens if a drone goes out of range and what commercial drones are used for.

Law enforcement departments aren’t authorized to use drones in the field freely without reason.

Police drones come in a variety of types when it comes to technology, just like drones in other professions. What defines them as police drones, then, are the tasks for which they’re most typically used, some of which are somewhat unique to policing.

If you’re in the market for a surveillance drone, check out our comparison of the DJI Phantom 4 Advanced vs Pro models.

FPV (First Person View) drones, often tricopters or quadcopters, are frequently used by police departments nationwide to find missing persons. There are numerous cases of police drones finding people where other methods have failed. Often, drones used have thermal and zoom cameras, making them capable of search functions not possible with any other technology.

Using UAS (Unmanned Aircraft Systems) in the reconstruction significantly reduces time spent gathering evidence, allowing for data to be collected in 30 minutes instead of 4 hours. Additionally, some drones can create highly accurate 2D and 3D maps and models for accident investigation, examining things like skid marks, potholes, and other road damage.

Natural disasters, like floods, forest fires, and tornados, cause massive damage to land and property and can leave survivors stranded in difficult-to-access areas. Drones can close aerial views impossible with helicopters, which are invaluable in assessing damage, monitoring ongoing weather activity, and locating survivors.

Fixed-wing drones are used for long-range operations and cargo transport but aren’t as maneuverable for many operations as rotor-type drones.

Drones are sometimes used by police for use during large public events, like concerts, marches, or political conventions, both in the planning stages and during events themselves. Such surveillance isn’t generally done without reason, though different police departments will have different criteria for using UAS regarding public safety.

What are Police Drones Used For FAQs

What training do police need to use drones?

The kind of training police need to operate drones depends on what they're being used for. While it varies in specific terminology from department to department, the training in the UK, for example, is usually divided into two-course options: A2 CofC or the GVC. In the US, training depends on the use and basic drone type, whether rotor or fixed-wing.

What are the benefits or advantages of drones in law enforcement?

There are numerous benefits to using drones in law enforcement, such as the ability to reach vantage points impossible otherwise, the ability to take images and video is difficult for helicopters, the speed at which data can be collected, and covering large areas for search and rescue operations.

What are the best police drones?

In terms of the best drone types for use by police departments, it depends greatly on their specific application. Overall, though, FPV rotor-type drones like quadcopters can handle the greatest variety of tasks that most police departments regularly engage in, including search and rescue, public event security, and evidence gathering. 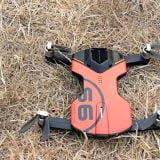 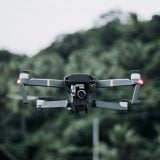 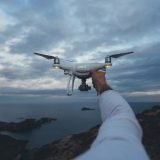 How Does a Drone Look at Night 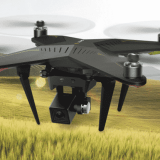 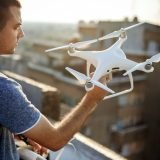