Not all of the best grills available in the market have a massive cooking surface. And the Weber Q1400 Electric Grill is one of those grills. But, having a somewhat smaller cooking area, actually helps this grill out in certain aspects. It is so good overall that it is pretty much one of the only grills that deserve to sit on the best electric grill throne. 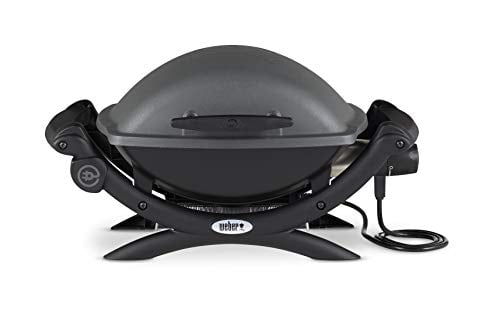 Very few electric grills can actually achieve the max temperatures found inside charcoal grills and gas grills. The Weber Q1400 Electric Grill can not only exceed those levels of temperatures; this grill does it without wasting any time at all.

This electric grill sports a 1560 Watt heating element inside. It’s not as powerful as the T-Fal OptiGrill electric grill, and some might think that is a bit too much for a small cooking area. But, in fact, it actually helps this grill reach more than 700 degrees Fahrenheit within 10 minutes. On top of that, it can hold this temperature for an extended period.

It’s a small grill overall, but it is pretty hefty. But unlike the Zojirushi Indoor Grill, it’s not really something you can carry around everywhere. It comes assembled out of the box, so in that sense, it is pretty versatile.

Following the footsteps of the Weber charcoal grills and the Weber gas grills, the Weber Q1400 Electric Grill is made out of rigid materials through and through. Just like the Weber Q2400, this grill also has a cast aluminum lid and porcelain enameled cast iron cooking grates. This is the main reason why this electric grill is pretty heavy overall.

Even if you’ve just used a gas grill before, operating this electric grill is very straightforward. Obviously, your experience may vary depending on how much experience you’ve had with a grill, but even newbies can get a grasp of it.

Even at its original price, the Weber Q1400 Electric grill is an amazing value-for-money grill. The fact you get so much performance and heating power out of a grill that costs about 270 bucks is pretty impressive, to say the least. On top of that, you also get a five years limited warranty. But, if you don’t even have more than 100 bucks to spend behind an electric grill, the George Foreman Electric Grill GGR50B is also a great budget alternative that you can go for.

The Weber Q1400 electric grill is pretty much perfect for an area where open flame grills are banned. It even provides slightly better performance, when compared to a gas grill at the same price. 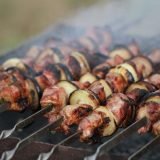 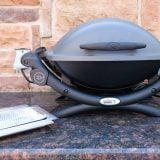 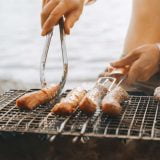 How to Use Gas Grills 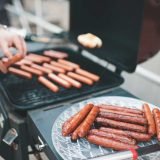 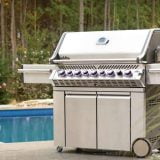 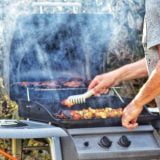 What Pellets to Use for Brisket?