If you are new to the world of digital cameras, you may look to compare webcams vs phone cameras. Some of the best webcams, after all, ship in one of these two types. So what are the key differences between these two types of cameras, and which is best for you? Keep reading to find out.

There are plenty of differences between these two types of cameras, especially if you are wondering what can be used as a webcam. Modern smartphone cameras are always improving but so are dedicated webcams if you are comparing a Raspberry Pi camera to a standard webcam.

If you want to live stream from your smartphone camera, you should invest in a tripod or a related accessory.

These two camera types boast features that are unique to each make and model, however, if you are looking for the greatest webcams for a Chromebook or other type of computer. Some boast increased focus options if you are comparing auto-focus vs manual-focus webcams, while others offer significantly different resolution options.

There are some fairly universal differences, however, between the two camera types.

Standard webcams will integrate easily with your desktop or laptop, once they are attached and correctly installed, but phones will struggle in this regard. Some phones, such as iPhones, rely instead on cloud storage and the like. On the other end of the spectrum, smartphone cameras are built from the ground up to offer a pleasant experience while using your phone. In other words, if you plan on live-streaming from your computer, go with a webcam. If you plan on doing so from your phone, continue to rely on your smartphone camera.

Both types of cameras are easy to set up, but smartphone cameras have the edge. Modern smartphones ship standard with the camera already installed and ready to go. Each time you update the phone’s operating system, the camera software will get automatically updated. The same is not true for traditional webcams, as you will have to stay on top of driver software and the like. Additionally, the initial setup procedure is slightly more difficult with a webcam.

In most cases, smartphone cameras are easier to use than webcams. You won’t have to read any instructions or learn anything new. Just open up the camera application and start finessing the touchscreen to capture and view photos and videos.

How to mount your phone to use it as a webcam?

You’ll need accessories and webcam apps to successfully turn a smartphone into an external webcam for video calls, a live video feed, and the occasional video meeting with a decent video signal. Look into mounts and tripods.

Regarding image quality, a standard laptop webcam is only as good as the money manufacturers poured into it as the point of the design. In recent years, built-in laptop cameras have advanced considerably.

What are the alternatives?

Besides a standard laptop webcam, standalone webcams, or a smartphone, there are mirrorless cameras and standalone cameras with a high video resolution.

STAT: Perhaps the most important feature of a webcam is the clarity of the video it captures. For digital video, this is understood in resolution and frame rate. (source) 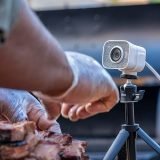 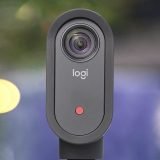 How to Disable Your Webcam 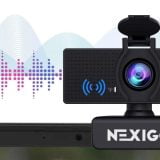 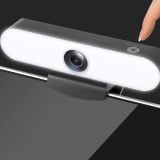 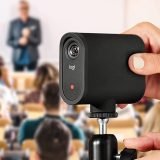 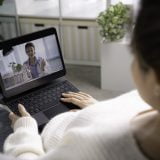 Webcam Kill Switches and How They Work