If you are new to the world of digital video, you may look to compare a webcam with 30fps vs 60fps. Many of the best webcams, after all, include one of these two specifications. So what is fps in the first place, what is the difference between 30fps and 60fps, and which camera type is best for you? Keep reading to find out.

The main difference between the two is the frame rate. Frame rate is represented as FPS, or frames per second, which has nothing to do with webcam color correction or resolution, such as when comparing a 720p vs 1080p webcam. Instead, it illustrates how many times the camera refreshes the image per second, helping you decide the best streaming camera for Xbox One, among other queries.

No matter which you choose, cover up the lenses when the camera is not being used to protect from curious hackers.

For those obsessed with detail during live streams, such as when watching or creating footage involved with sporting events, the added frames per second come in handy. In most cases, the differences in detail between 30fps and 60fps will be minimal, but the added detail will be helpful for footage that includes objects that move across the frame quickly. For this reason, many consumers opt for a 60fps webcam.

If you are looking to capture footage and slow it down, go for a camera that can record at 60 frames per second. The added detail may not be noticeable at the usual speed, but it will become clear as you turn it into a slow-motion video. A 30fps camera loses some of that crucial detail when transitioning into slow motion, so if you like slow-motion videography, consider a 60fps camera.

When it comes to technology, higher specs typically lead to higher price tags. 60fps cameras are no exception here, as they tend to cost more than their 30fps cousins. Of course, these prices have been coming down in recent years, plus with a camera that shoots 60 frames per second, you get the added bonus of being protected from any advancements coming down the pike in the future.

Ready to buy a camera with a high frame rate?

Before purchasing the Logitech Brio, the Logitech StreamCam, or other high-end webcams for streaming, consider more than just the frame rate. Think about the white balance, the sound quality, audio quality, and the overall picture quality.

Why does frame rate matter?

Frame rate matters for capturing detail, making high frame rate cameras an attractive webcam for streaming or for anyone looking for new favorite webcams that might not be an expensive webcam.

The external webcam can be anywhere, but they typically rest on the top lip of the screen. This is particularly true for a laptop webcam used while chatting in Mark Zuckerberg’s Facebook Messenger and other apps.

STAT: When recording video, your camera captures a series of still images (called frames) that trick the eye into seeing motion when the images are viewed at high speed in consecutive order (as a video). (source) 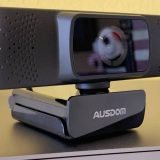 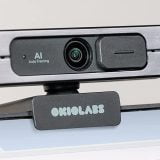 Why is my Webcam Green? 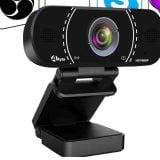 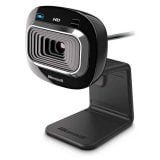 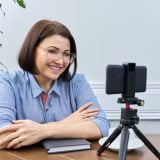 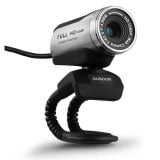