You want to get straight to work and need the quickest route there. What would be the best webcam for Mac? In that case, it might look like the Wansview 1080p Webcam. It makes the claim its 1080p resolution runs at 30 frames per second, for one low price of $27—but that remains to be seen. 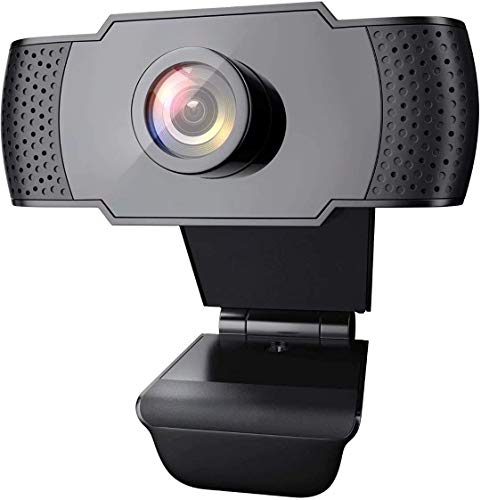 The Wansview 1080p Webcam does an admirable effort at being a 1080p web camera for an incredibly low price; a good option for those who want to plug a webcam in and forget about it.

The Wansview Webcam was fitted with a lens that captures 90 degrees of view, which is fairly wide and can fit up to three people in one shot. It’s one of the lightest webcams, only weighing 3.52 ounces. And since it measures 3.58 x 3.15 x 1.30 inches, it can easily fit in your pocket.

It shoots in 1080p, at 30 frames per second. However, it isn’t always sharp; in fact, it looks like 720p at times. It does maintain its 30 frames per second a lot better than resolution, but lighting can drop it down. Speaking of which, light correction is subpar. There tends to be a bit too much yellow. The Logitech Brio definitely outperforms at every turn.

It uses a base that can hang onto monitors and laptops to keep it stable, but if you aren’t careful you can knock the webcam off. This can be solved by using a tripod.

The Wansview 1080p Webcam doesn’t have any internal storage, and any zoom would come from software. Unfortunately, its audio isn’t the greatest either. During playback, it sounds slightly muffled, like you’re listening through a thin blanket. The Logitech C922X is far above in terms of audio performance.

It must be tempting to simply drop an easy $27 on a Wansview 1080p Webcam and call it a day. And honestly, we won’t fault you for picking it up. But here’s a better option: the Razer Kiyo Webcam. Its visual quality is definitely several steps above, but audio quality is about the same, maybe slightly better.

The Wansview 1080p Webcam took a shot and missed the target, though not by much. Its averageness is okay for some, but its cheapness quickly loses its charm. Capturing video in 1080p is supposed to look crisp and clear, and too often it doesn’t. And audio quality is muffled, not to mention exposure is off. For an easy fix, pick it up; otherwise look elsewhere.