Many people have opinions on what the best drones are, but if you’re on the hunt for the best drone for GoPro footage, then you should check out the Walkera QR X350 Pro! The Walkera QR X350 Pro offers a flight experience that rivals some well-known drones (like the DJI Phantom 2) with speeds of up to 8 MPH, long flight times, and automatic landing based on your GPS position. Its great range and top speed make it a contender for top-rated drones.

With a top speed of 8 MPH, multiple flying modes, and an included iLook camera, you’re sure to have a great time flying the Walkera QR X350 Pro!

The QR X350 Pro quadcopter has more than enough power to keep you entertained throughout the entire flight. Using four brushless motors powered by an 11.1v 5200 mAh lithium polymer battery, the QR X350 Pro is capable of flying up to 8 MPH in stock form. This is fairly impressive because the drone is heavier than many others at 6.2 pounds. In addition to the weight it’s already carrying around, you can even lift additional items up to 7 pounds. Check out the Walkera F210 review if you’d prefer a drone that offers speeds of up to 50 miles per hour.

Offering a remarkable range for the price, the QR X350 will work at distances of up to 1-2 kilometers away. In miles, this means the range is between .062 to 1.242 miles away. This is the same as the KKMOON F949. The maximum operating distance is pretty good when compared to the 3DR Solo drone (which has a half-mile range), but falls short of the long-distance capabilities of commercial drones. Still, you’ll have trouble seeing this drone far before you lose control, so we don’t anticipate the range being an issue. Go through our Walkera QR X800 review for a drone that comes with a 2000-meter range. But, while this is far, do you know how far military drones can fly?

When you get the pro version of the Walkera QR X350, it will be Ready-To-Fly (RTF), so it won’t take you long to get it set up. The X350 Pro is made of resilient plastic that will last even if the drone takes a tumble. Thanks to the landing gear (which consists of four extended legs), the camera will be safe from the ground even when mounted on the gimbal. Like many other drones, the Walkera QR x350 Pro doesn’t have any propeller guards, so you will have to avoid bumping into objects.

Like many other drones, the X350 is capable of mounting a camera. It comes with a Gimbal G-2D, which can tilt up and down but doesn’t offer any swivel features. Sadly, the included camera doesn’t offer a full HD or 4K experience, recording at only 720p (for a 4K camera model, check out the YUNEEC Q500). You can live-stream with the included camera, but the feed will only work for about 1,000 feet, so you should definitely consider an upgrade.

For what it is, the QR X350 isn’t a bad purchase. It definitely has some features that could be improved (like the rough landings of Return To Home mode), but overall it’s a fairly solid device. The device comes with a battery charger, a gimbal, and a camera so you won’t have to purchase anything right off the bat. You may have to worry about the quality control though because multiple customers have reported problems after a short time.

If you’re looking for a cheaper drone to get into the hobby, the Walkera QR X350 Pro could be a great choice for you! It comes with everything you need to get started and costs less than a lot of the competitors. Unfortunately, the quality control isn’t the best, so if you’re looking for something that is 100% reliable, we would recommend that you look elsewhere. 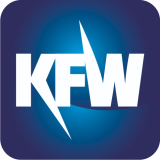