If you’re looking for the best commercial blender available on the market, you must have gone through a lot of them without any smart functionalities. But did you know that there are also top-rated blenders available that can be controlled wirelessly from the palm of your hand? Well, the Vitamix A3500 Ascent Series Blender is one of those smart wireless blenders. 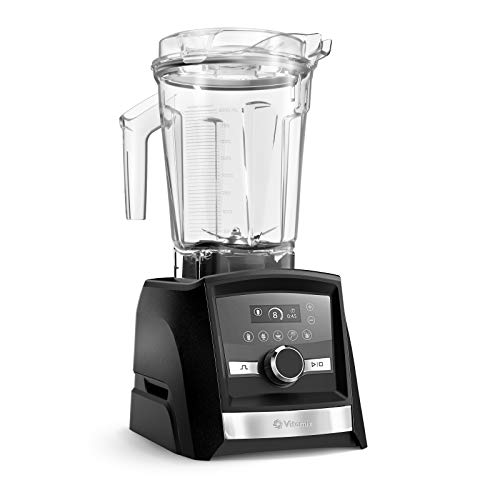 Why We Like It – Vitamix A3500 Ascent Series Blender

The Vitamix A3500 Ascent Series Blender should be the go-to blender for beginners and professional users if you’ve got the money to spend. Not only does it have manual touch controls in front of it, but there’s also an app for iOS and Android that you can use to control this blender.

The Ascent Series A3500 features a motor with a peak power of 2.2 HP, this is the same as the Vitamix Professional Series 750. That is about 1640 Watts, which should be more than enough for day-to-day tasks. If you’re willing to let go of the smart features for a more powerful blender, the Vitamix 36019 blender is the way to go.

You get five automatic settings right out of the box on the touchscreen control panel. They consist of a button to make smoothies, hot soup, frozen desserts, spreads, and for self-cleaning. And that is not even scratching the surface of everything this blender can do. Variable speed controls are present here and using the blend app, you can take advantage of 17 different program settings quite easily.

Well, it’s a Vitamix blender. And most people know that their build quality is excellent. The Ascent Series Blenders are no different. Everything from the low profile pitcher and low profile tamper to the brushed stainless steel blades are durably made.

Even though the Ninja Mega Kitchen System BL770 comes with way more containers, the Vitamix A3500 Ascent Series Blender handily beats it in the versatility section just because of its wireless app-based controls. And even if you do decide to attach different containers to this blender, Vitamix got your back in that case too. It comes with a self detect containers feature, where the jar pad has a sensor built-in to detect the same. And the blender adjusts its speed and power automatically according to the sensor’s input. If you are interested in a blender that comes with travel cups as well, check out our Ninja Professional BL660 blender review.

From a programmable timer to variable speed controls, the Vitamix A3500 Ascent Series Blender is packed to the brim with different features. And Vitamix’s customer service is top-notch too. So overall, it’s an excellent value-for-money blender for both a newbie and a professional. But, if the price tag of $700 is too much for you, grab the much cheaper NutriBullet 1200-Watt blender instead.

The Vitamix A3500 Ascent Series is one of the few good smart blenders that features wireless connectivity to deliver app-based controls. We hope you’ll find our review helpful for deciding whether or not to go for this blender as your next commercial blender of choice if you’ve got the money to spend. 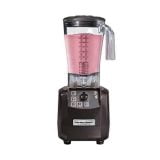 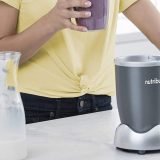 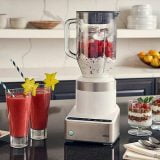 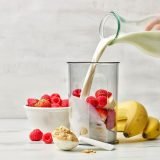 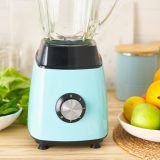 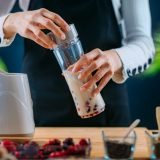