Since it got released back in 2005, the Apple Mac Mini has been a staple for buyers who are looking for something compact, and those that already have their own keyboard, mouse and display. It’s one of the cheapest Macs you can get, and that alone is a good incentive to buy it. So let’s say you have a good mouse and an OK keyboard, but are still undecided on what display to use. If you’re tied down by a budget and you happen to be looking for the best monitor for mac mini and probably the best computer monitor, maybe the ViewSonic VX2758 might be a good pick for you. It goes for only $300, and has some pretty good features that you might like. 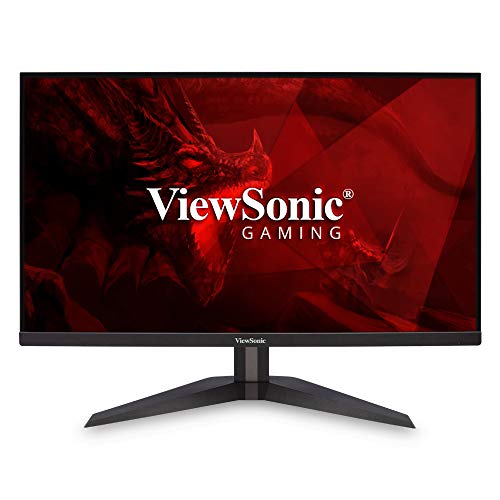 The ViewSonic VX2758-2KP-MHD is a decent budget monitor that features AMD FreeSync Technology as well as VESA Adaptive-Sync connectivity for gaming, and has an IPS panel to ensure stunning viewing angles. Although the unit has a rather small screen size of 27 inches, it does come equipped with a super fast response time, and eye safety features for easy viewing.

With such a low price compared to other high quality displays, you might be tempted to think that the ViewSonic VX2758 has very little to offer. This is far from true. The 27 inch IPS gaming monitor boasts of an ultra fast 1ms response time and a 144Hz refresh rate, so you shouldn’t expect to deal with any screen tearing or stuttering once you have it plugged in. It’s got a decent 2560 x 1440p WQHD resolution, and this is probably the only area where it edges out the Samsung 32 inch curved monitor costco in terms of features and performance. Overall, we think the monitor offers way more value for what you pay for it, making it a great buy for anyone who is shopping on a budget.

Viewing angles on the ViewSonic VX2758 IPS panel are amazing. It’s SuperClear IPS panel screen display technology allows it to deliver the same level of vivid color depth and high image quality no matter what angle you’re viewing the display from. It’s frameless design also gives it an edge over the Asus TUF VG27AQ, as it is able to offer a more immersive viewing experience.

Despite its plastic casing, the ViewSonic VX2758 boasts of a very sturdy frame, and allows for slight tilting in terms of adjustability. It’s got a 2 legged stand with a very small footprint, but alternatively, you could opt to mount it on the wall without stand as it happens to be VESA compatible. At the back, there’s a set of dual integrated speakers hidden under the back casing, as well as a bunch of ports that allow for different inputs.

You’ll easily be able to hook up the ViewSonic WQHD IPS display to laptops, tablets, phones, PCs and macs thanks to both HDMI 1.4 & 2.0 inputs, as well as a Display Port input that are all well hidden just under the back panel. There’s also an Audio Out port there, but unlike the Dell Ultrasharp U2415, there’s unfortunately no USB port that you can use to play media from a USB stick there.

As a gaming monitor, the ViewSonic VX2758 comes equipped with AMD Freesync Technology, and this is key for smooth frame rates so that you’re able to seamlessly switch between frames during game play. It’s also got flicker free technology and a Blue Light Filter to lessen the strain on your eyes whenever you’re doing those marathon gaming sessions, though you will have to excuse its low contrast ratio as it doesn’t guarantee good enough color accuracy.

Out of the box, the ViewSonic VX2758-2KP-MHD comes with a HDMI Cable and a power cable, so there’s not much that the unit comes packed with. You might want to appreciate that despite the unit retailing at less than $300, it still has a lot of useful features, and it should definitely be one of the options to consider if you’re looking for a display unit for your Apple Mini.

Bottom Line
Reader Rating0 Votes
0
What We Liked
What We Didn't
8.8
Expert Rating