The ViewSonic LS810 projector is a business-oriented laser projector with an ultra-short throw ratio that provides a very short throw distance, enabling it to cover up an entire wall from a short distance. It’s business-oriented, sacrificing resolution and value in favor of brightness and longevity, making it a poor fit for home theater setups. Normal consumers are significantly better off with cheaper options, but this is one of the best short throw projectors for business use thanks to its overall feature set and area of focus. 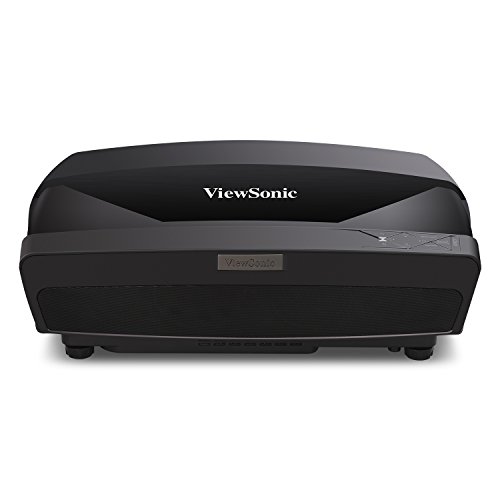 The ViewSonic LS810 laser projector delivers long-term usage thanks to its long-lasting laser phosphor light source, which delivers a lamp life of up to 20,000 hours. Though it’s pricey, its longevity makes it an appealing pick for business users in need of a heavy-duty projector.

With a middling resolution of just 1280×800, the ViewSonic LS810 does not impress at first glance. Unlike its sister model, the ViewSonic LS700 has a 4K resolution. For media consumption, it’s quite poor; its 16:10 aspect ratio is ill-suited for watching movies, but it’s perfect for presenting PowerPoint and other business tools. It features a dynamic contrast ratio feature that enables it to have an ultra-high contrast ratio, making overall picture quality solid, but it’s ultimately not meant for consumer use. If you’re an average consumer looking for a high-end laser projector, the VAVA 4K Projector is a better pick; though it’s not nearly as bright, it sports a much higher 3840×2160 resolution and supports HDR10. If you are looking to enhance your viewing experience into a glorious 4K, try the Epson Home Cinema 5050UB.

Unlike the ViewSonic M1, brightness is one of the main selling points of the ViewSonic LS810. It’s bright enough that it’s visible even in high ambient light, making it well-suited for bright classrooms and conference halls that typically have obtrusive lighting. For its intended purpose, it excels; focusing on brightness and longevity makes it a perfect pick for business audiences. For a look at its cousin, read our ViewSonic 4k Projector review.

Adjustability is another strong point of the ViewSonic LS810. It sports several methods of connectivity; mini USB, USB type A cables, VGA cables, and HDMI cables, and it has several inputs for audio out. It comes with a remote control for remote tweaking, it can project a screen size of up to 150”, and it features HV keystoning, adding to its immense flexibility.

Thanks to a phosphor light source lasting up to 20,000 hours, a 3-year limited warranty, and solid construction, the ViewSonic LS810 is a durable, long-lasting piece of kit. These benefits are of dubious use to the average consumer considering what it skimps out on in the exchange, but it’s perfectly tuned for what most businesses really need out of a projector.

The value of the ViewSonic LS810 depends solely on one factor–are you looking at it for media consumption or business use? For media consumption, it’s a terrible value proposition; the Optoma GT1080HDR and BenQ TH671ST offer higher resolutions and a better overall media experience at a fraction of the price. For businesses, its long-lasting display technology, adequate warranty, and high brightness make it a very compelling pick despite its staggering $3,999 price.

The ViewSonic LS810 is a great business projector and a terrible media projector that comes in at a high but fair price. Its target audience is limited in scope, but it excels at what it’s meant to do for the target audience it’s built for, making it a very solid pick overall despite its terrible value proposition for the average consumer. 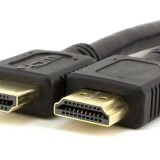 How To Connect a Laptop To a Projector With HDMI 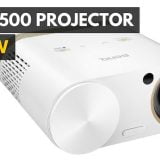 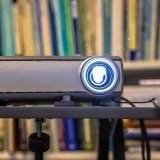 How to Hook Up a Projector to a Bluetooth Speaker 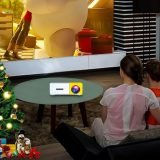 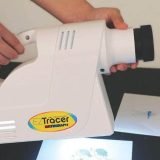 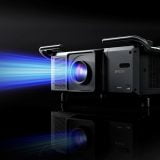