Step foot in any coffee shop and you’ll in all likelihood be greeted with free WiFi.  More often than not, though, speeds are on par with dial-up.  Good for checking your email, but not much more.  It’s an infuriating circumstance that has long deterred me from a large number of coffee shops as I depend on a decent Internet connection to efficiently complete work. A travel router like Netgear’s Nighthawk MR1100 couldn’t even help those speeds. Alternatively, if you need a router for your home, then check out our best router list.

The resolve to this quandary is to bring along my own Internet connection.  However, since I’m stuck in AT&T’s unlimited iPhone data plan – by choice of course – I’m barred from officially tethering my laptop to my iPhone and leveraging my handset’s bandwidth.

My only resolve is a MiFi, which is nothing like a router for Frontier Fios.  A device that is effectively a portable, battery-powered router that requires a standalone monthly subscription.  A variety of networks offer such a device, all with a comparable pricing structure that starts at about $30+ if you plan on doing any true web surfing.  It would seem that Sprint offers the best bang for the buck at $80 for 12GB, with T-Mobile following second, Verizon third, and AT&T last.

That being said, some require a contract, some are prepaid, and some provide significantly discounted hardware.  Nevertheless, I suggest you balance out your budget with your willingness to commit.  Personally, I’d rather bring my own hardware and prepay as my usage varies from month to month, which in turn provides me the greatest amount of flexibility.

Speaking of great wireless hardware, you might want to check out the TP-LINK TL-MR3020 3G/4G Wireless N150 portable router and the GL.iNet GL X750.

This is primarily how Verizon markets their MiFi Wireless Mobile Hotspot, otherwise known as a Jetpack.  They currently offer one device through their website, though I tested both the Novatel MiFi 4150L and the 4620L.  Pricing starts at just $15 a month, but that will net you a paltry 250MB – good for email, but that’s about it.  For someone like me, which is constantly uploading and downloading photos, as well as streaming videos, the $90 10GB option makes much more sense.  Alternatively, there is a 3GB option at $60 a month, though it’s pretty evident you get far more for your money by opting for the top-tier service level.

My testing took place in Los Angeles in a radius not more than 6 miles from the beach.  Speeds varied drastically as did device performance.  In fact, the first MiFi I used, the Novatel 4620l had to be swapped out with the 4150l since it would only deliver spotty service.  One minute I’d achieve download speeds of 20mbps, then the next nothing.

The 4150l, though a slightly lesser device with a smaller, less detailed display, worked far better and was able to remain connected.  Since both devices are very close in relation, they use the same battery, which only provides, at best, 2.5 hours of web surfing when connected to one device.  Sharing the connection with another laptop, bringing the total to two, significantly reduced the battery life to just over one hour, and also impacted speeds with a fair bit of a variance.

And that’s the thing: there was so much variance from location to location it was hard to say what was influencing the MiFi’s throughput.  The Starbucks in Marina Del Rey offered horrible speeds that were no better than dial-up.  Moving further inland and North produced solid speeds of up to 20mbps for short periods of time, but still were so inconsistent that the experience was infuriating.  Traveling to Santa Monica, North and coastal of Marina Del Rey, offered some relief, though the speeds tended to still drop and didn’t offer much of an improvement over a coffee shop router’s WiFi. If you want to know how a wireless router works, check out our info articles.

Of course, environmental factors might have impacted the MiFi’s performance.  That being said, my tests were in the real world, which needless to say are not ideal for accomplishing maximum throughput.  And although the Novatel 4150l MiFi did alleviate some of my bandwidth issues, my experience was made no better thanks to the device’s short battery life of just 2.5 hours.   Furthering my discontent was a setting on the 4150l that automatically turned it into a USB-only modem (read: no wireless connectivity) upon plugging it for charging, negating the option to use an external battery pack, such as Mophie’s Powerstation Pro – I tried to turn this feature off but had no luck procuring a password.  Why the option to turn off the Hotspot even exists is beyond my rationale.

Bottom Line: Verizon’s MiFi 4G Hotspot service in Los Angeles, be it hardware or connectivity, still needs some heavy vetting before it becomes a go-to solution.

Pros: Easy to set up and use hotspot service that works just like an at-home router. 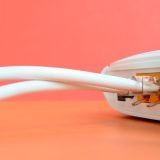 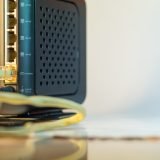 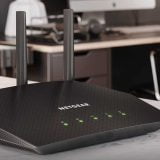 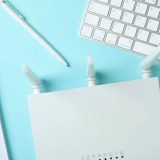 How to Block a MAC Address on a Router 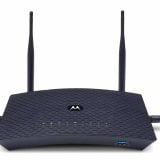